The European Commission President said the bloc had secured “full predictability” for the EU’s fishing industry as part of the post-Brexit trade agreement. Speaking after finalising terms on the deal with Boris Johnson, the top eurocrat said: “We have secured five-and-a-half-years of full predictability for fishing communities and the strong tools to incentivise for that to remain so.” Mrs von der Leyen declared the Brexit trade deal a hard-fought victory for both the EU and Britain.

With the Prime Minister, the Commission chief agreed to hand back 25 percent of the fish caught by EU vessels in our waters, phased in over five-and-a-half years.

The agreement will ensure two-thirds of fish are caught by the British fishing industry of the UK’s coast, officials say.

Despite the claim by Mrs von der Leyen, Downing Street is adamant that the Government will reclaim full control over the UK’s waters after the end of the transition period, which is coincide with the tenth anniversary of Britons’ vote to quit the bloc. 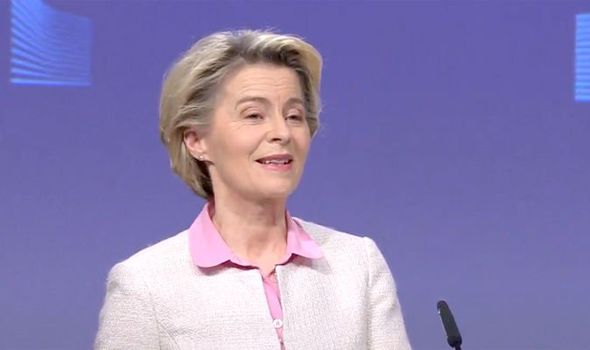