Progressives cheered the results in down-ballot races and in Buffalo, even as the outcome of the mayoral primary appeared less rosy. 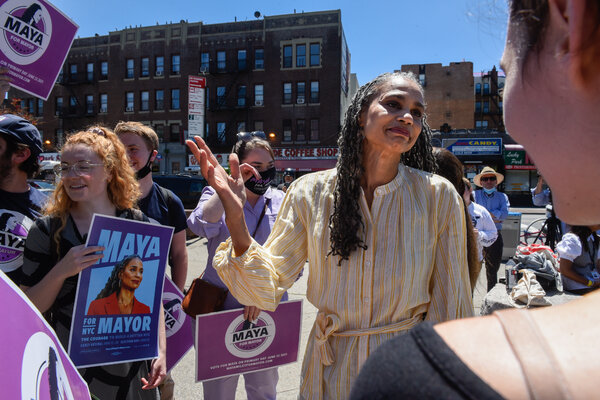 They may not win Gracie Mansion, but there’s always Buffalo. And Rochester, too.

For progressives in New York State, primary elections on Tuesday night brought a number of victories, even as the biggest apple of them all — New York City’s mayoralty — may elude their grasp.

Though Eric Adams amassed a sizable lead over Maya D. Wiley, his top rival, in first-choice votes, liberal candidates celebrated victories in down-ballot races in New York City and in the state’s second and third largest cities, wins that they argue demonstrate their ascendancy at the grass-roots level even as they are struggling to flex their power in Washington.

In perhaps the biggest upset of the night, India B. Walton, a democratic socialist, defeated a four-term incumbent in the Democratic mayoral primary in Buffalo and cast her victory as a threat to the longtime party establishment.

Ms. Walton had promised to safeguard undocumented immigrants, place a moratorium on new charter schools and cut millions from the Police Department budget by ending the role of officers in most mental health emergency calls.

“This victory is ours. It is the first of many,” said Ms. Walton. “If you are in an elected office right now, you are being put on notice. We are coming.” 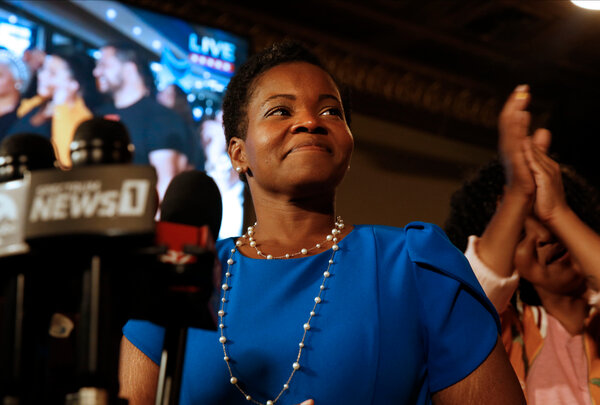 As New Yorkers prepare to wait weeks for final results in the mayoral primary while absentee ballots are counted and ranked-choice tabulations begin, the early returns across the city and state paint a complicated picture. They highlight voters’ embrace of a diverse slate of candidates but reflect generational divides and continued tension as Democrats navigate their identity in the post-Trump era.