Home » Politics » What the conventions reveal for Biden, Trump in final stretch to November

WASHINGTON (Reuters) – The back-to-back presidential nominating conventions that concluded with Donald Trump’s speech on Thursday showed both sides intend to fight for the sliver of independent and moderate voters that will decide the election, each with a wildly different strategy in the final sprint to Nov. 3. 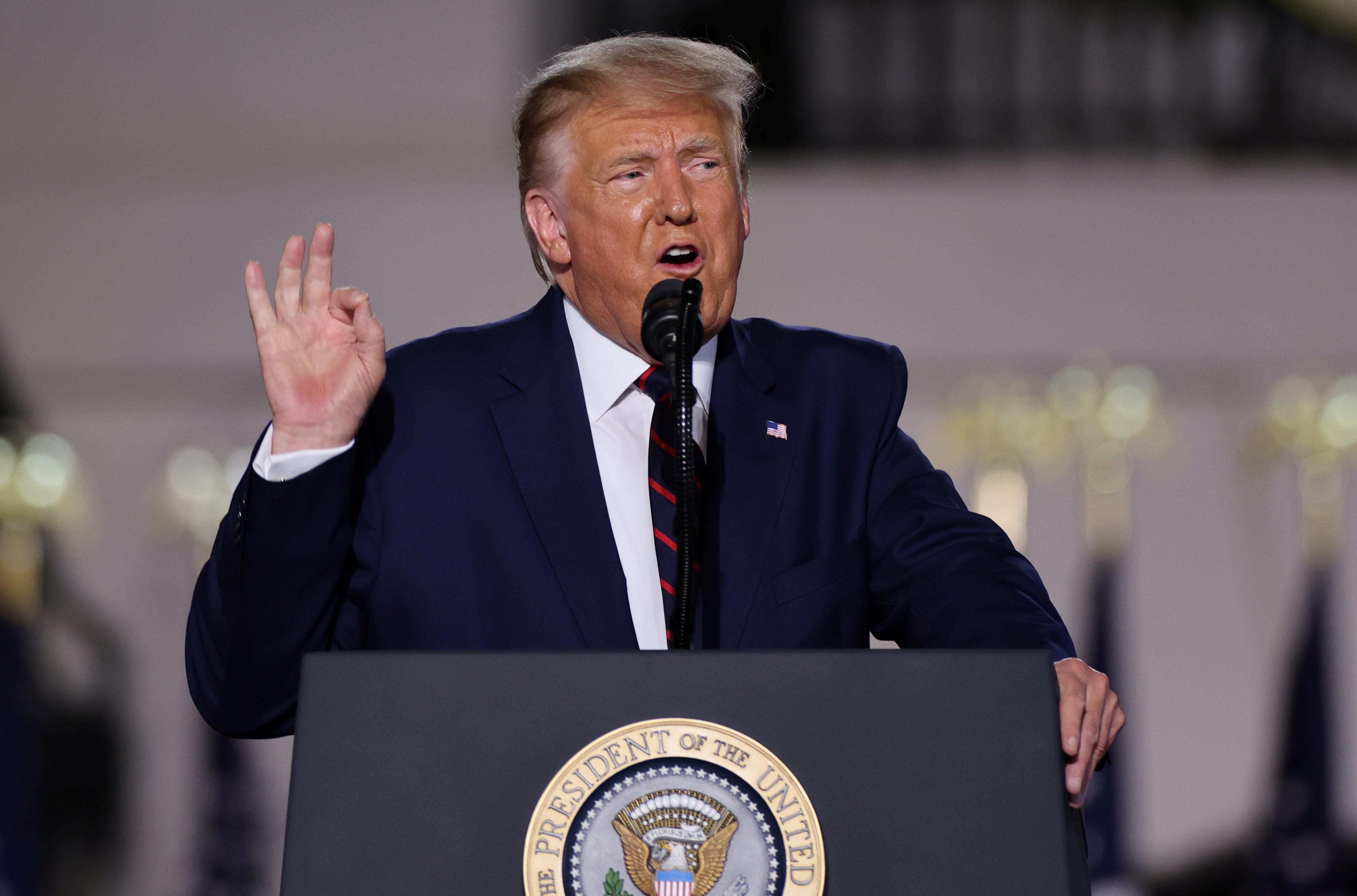 A self-styled showman, Trump used all of his reality-show talents during the Republican convention this week to try to win back supporters alienated by his handling of the coronavirus pandemic, with a dire warning of a lawless America if his Democratic rival Joe Biden takes power.

That illustrated the Republican strategy for the next two months: change the subject from a pandemic that has killed 180,000 Americans and shackled the U.S. economy, and blame Democrats for the violence on the streets.

Republicans largely abandoned talk of the health crisis as if it had abated, in favor of reminding voters of the robust economy that existed beforehand. During the Democratic convention the previous week, Biden put the focus on holding Trump accountable for his actions during the outbreak.

“These two conventions have offered very different pictures of reality, in terms of where our country is now and what our future may hold,” said Christopher Devine, an expert in U.S. elections at the University of Dayton in Ohio.

Trump’s convention depicted the president as a champion of “law and order,” taking aim at voters who do not approve of his divisive and inflammatory rhetoric but may be jittery about months of protests over racial injustice and police brutality that have sometimes turned violent.

“This is their attempt to nail down the base and mobilize them to get out and vote,” said Kathleen Dolan, a political science professor at the University of Wisconsin-Milwaukee.

“But I do think he is trying to peel away some of those undecided women, the people who he’s calling the ‘suburban women.’”

Biden holds a seven point lead over Trump nationally, about the same position he held before the conventions, according to the Reuters/Ipsos opinion poll conducted Aug. 19-25. But it showed the race for suburban voters narrowing, a worrying sign for the former vice president who had previously expanded his lead with the crucial voting group.

Suburban women – a cohort considered key to the election – have become less critical of Trump than they were in June, and Biden’s advantage with this group has narrowed to nine points in the latest poll, compared to a 15-point advantage over Trump in a similar Reuters/Ipsos poll in June.

The August poll also showed Biden with a 5-point lead with college-educated white Americans, compared with his 7-point lead in July and an 11-point advantage in June.

But in reaching out to suburban voters with unapologetic tough-on-crime messages, while showing little empathy for the protesters who demand racial justice, Trump may have further bolstered Black American support for Biden, already strong.

Trump’s message would have been more powerful before the pandemic, said Kyle Kondik, an analyst for the University of Virginia Center for Politics.

“It could be successful if COVID is not as much of a focus in the fall as it is now. That seems hard to imagine, but it’s possible,” he said.

PITCH TO THE MIDDLE

While lauding Trump at every turn, his convention was just as much about convincing wavering Republicans or undecided voters that Biden – who ran largely as a centrist candidate in the Democratic primary – would be beholden to the far-left elements of his party.

A bevy of speakers accused Biden of turning a blind eye to the crime and violence that have marred mostly peaceful protests over racial justice, sparked by the police killing in May of George Floyd, a Black man in Minneapolis. The latest police shooting of Jacob Blake, a Black man, in Kenosha, Wisconsin, led to a fresh wave of protests.

Ford O’Connell, a Republican consultant close to the Trump campaign, said much of the convention’s programming was directed at voters who “might have soured” on Trump because of his divisive style or were still looking for reasons to support him.

First lady Melania Trump expressed sympathy for those who had suffered because of the pandemic, a gesture of solace that her husband has rarely shown, and Vice President Mike Pence offered a more statesmanlike critique of Biden that may have appealed to Republicans weary of the president’s invective.

Liam Donovan, a Republican strategist in Virginia not affiliated with the Trump campaign, said the unrest this week in Kenosha, a small city in Wisconsin, may bolster Trump in ways other protests have not.

With the pandemic still raging and the economy struggling, “chaos and uncertainty are the best friend he has,” Donovan said.

The protests have been a thorny issue for Biden, who would rather keep the focus on the virus. While showing solidarity with demonstrators, he has also criticized the destruction of communities and has not backed the de-funding of police departments as called for by activists in his party.

But Jim Messina, who was President Barack Obama’s campaign manager for the 2012 reelection, said Republicans’ fiery rhetoric against protests, which have been mostly peaceful despite sometimes violent clashes, could turn off independents who want an end to the bitter polarization.

“Trump has gone so far right that he’s left the middle for the taking,” he said.

Biden’s convention underscored profound fears within the party that voter turnout may be depressed by the pandemic as well as Trump’s efforts to limit mail-in voting, which Trump has denounced as prone to fraud despite no such evidence.

Former first lady Michelle Obama urged Americans to “vote for Joe Biden like our lives depend on it.”