As coronavirus infection rates decline, fewer are getting tested for the virus. The Biden administration wants to reverse that to ensure that schools and workplaces can reopen safely. 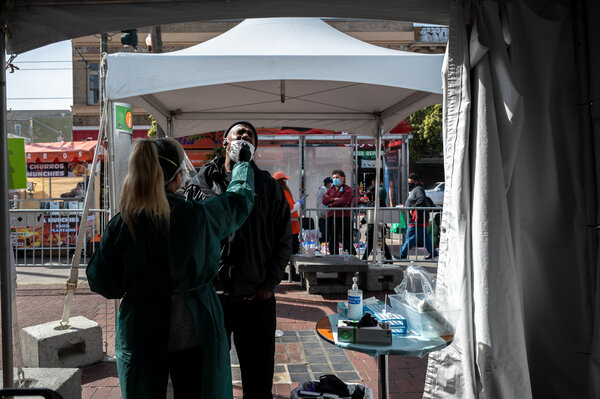 WASHINGTON — The Biden administration, moving to address a lag in coronavirus testing that is hindering the reopening of schools and the economy, said Wednesday that it would invest $10 billion to ramp up screening of students and educators with the goal of returning to in-person learning by the end of the school year.

Congress approved the $10 billion expenditure when it passed President Biden’s $1.9 trillion stimulus package, which he signed into law last week. The Centers for Disease Control and Prevention will distribute the money to states in early April and will spend an additional $2.25 billion to expand testing in underserved communities beyond the schools, officials said.

How far those moves will go toward reopening schools and reviving the economy is unclear. Experts say the United States does not have nearly enough rapid tests to conduct the kind of routine screening the administration envisions to allow students and teachers to safely return to the classroom.

“This isn’t going to move the needle,” said Michael Mina, an immunologist and epidemiologist at Harvard, who argued that onerous Food and Drug Administration regulations were preventing new types of rapid antigen tests from being approved, worsening the coronavirus crisis.

The moves come as coronavirus testing declines nationwide, a trend deeply concerning to public health experts. Some states have converted mass testing sites to mass vaccination centers, and their overtaxed health departments do not have the bandwidth to do both.

Between Feb. 1 and March 15, as the infection rate dropped and Americans focused on getting vaccinated, the average number of coronavirus tests being conducted daily dropped 24 percent, according to statistics maintained by Johns Hopkins University.