Home » Politics » ‘Why is it ok?’ Sturgeon slammed for reopening Fanzone despite Covid lockdown delay

The SNP leader rejected several pleas from opposition MSPs to reconsider the restrictions on events for nursery leavers and said the Government’s education advisory group has warned against them taking place. Following Ms Sturgeon’s statement at Holyrood on the coronavirus restrictions, Scottish Labour leader, Anas Sarwar, the deputy leader, Jackie Baillie, and Scottish Conservative MSP, Meghan Gallacher, all challenged her about the issue. Speaking in Scottish Parliament, Mr Sarwar said: “Why is it OK to have 3,000 fans at a fan zone but parents can’t a outdoor nursery graduation?”

The First Minister said there are “rational reasons for what appears contradictory”, in light of the Glasgow Euro 2020 fan zone being allowed to take place with thousands of fans but nurseries prevented from hosting events for leavers and their parents.

She suggested cases being identified in nurseries and schools could be particularly disruptive, with children and teachers having to isolate.

She added she had been looking at the issue of graduation ceremonies “particularly closely” during the last week.

“I absolutely recognise how important this issue is and I really, really do feel for parents who are in the position of not being able to mark the transition in a young person’s life in the normal way,” she said. 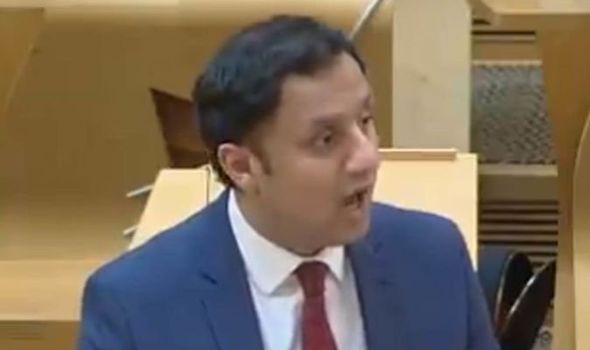 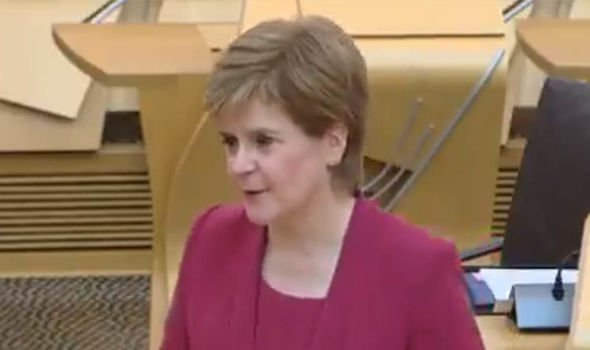 Explaining how she had asked the education advisory group about whether the restrictions could be lifted, Ms Sturgeon continued: “Their advice still is to restrict gatherings of this nature and – this is not the only reason – but one of the reasons is around the protection act for educational establishments overall, to try to minimise the potential for whole nurseries or early years establishments having to close.

“But we look at these things on an ongoing basis.”

Ms Baillie raised the apparently conflicting situation of allowing the fan zone to welcome thousands of potentially untested supporters in Glasgow while parents cannot attend the graduation evens and said: “The lack of logic and consistency in the application of the rules is causing confusion and upset.

“I hear the First Minister saying that the guidelines have been reviewed, but perhaps we could consider inviting parents to test before they go attend one of these events?

“And will she undertake to publish the evidence which informs any decision about restricting access to nursery graduations and school sports days?”

Ms Sturgeon responded: “I care deeply about all of this and very few things are more upsetting for parents than to miss a milestone in a child’s life and we all understand that.

“We are trying to get as much back to normal as we possibly can and we will continue to do that, but we have to do that in line with advice.” 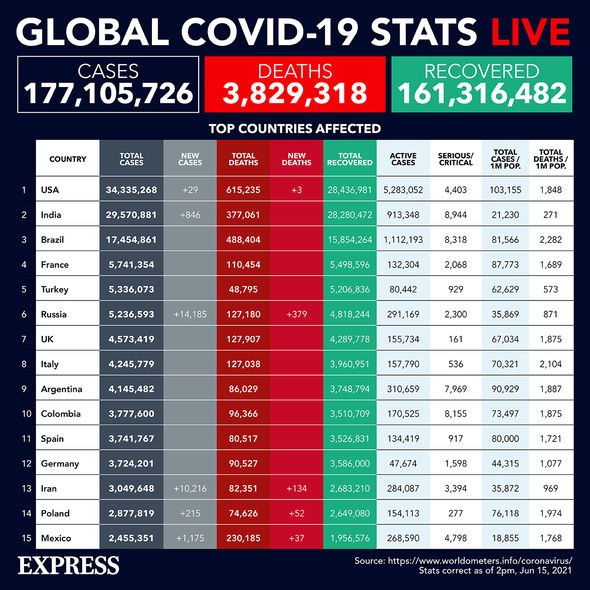 Main Scotland’s move to the lowest level of restrictions will “likely” be pushed back by three weeks, a day after Boris Johnson confirmed a four-week delay to lifting the remaining restrictions in England.

Scientists had warned that the rapidly spreading Delta variant, which was first identified in India, would lead to a “significant” rise in hospital admissions if stage four of England’s road map went ahead as planned on June 21.

New figures show a total of 1,136 patients with Covid-19 were in hospital in the UK on June 13 – up 18 percent from a week earlier, and the highest number since May 7.

The figures were published on Tuesday afternoon on the Government’s coronavirus dashboard.