Home » Politics » Why Schumer Is Putting Pressure on the Infrastructure Deal

Our congressional reporter Emily Cochrane explains the latest legislative wrangling and its implications. 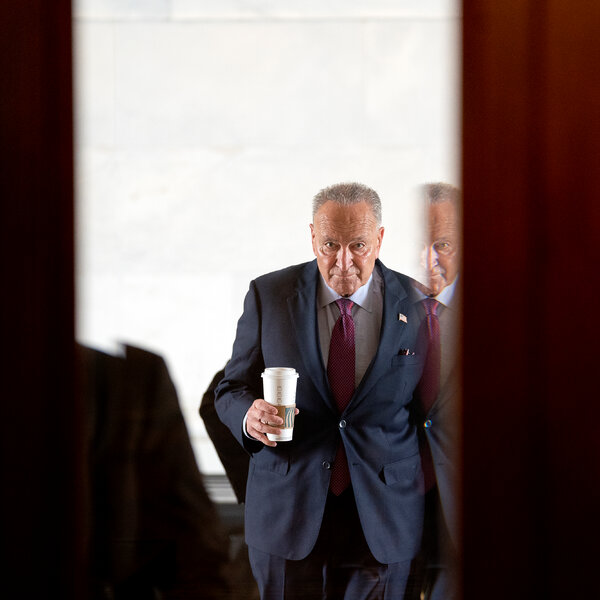 Well, it’s infrastructure week … again … and that must mean we’re up here at the Capitol waiting for a deal.

It’s been less than a month since President Biden and a bipartisan group of senators announced that they had agreed on a $1.2 trillion infrastructure package, including about $600 billion in new spending. The fragility of the agreement was clear almost instantly, and so it is still. Senators who backed the deal in principle have been haggling over the details, and over the weekend, negotiators said they had abandoned a key funding mechanism that they had previously agreed to: increased tax enforcement by the Internal Revenue Service.

Now, Senator Chuck Schumer of New York, the Democratic leader, is expected to call a procedural vote on Wednesday, known as a cloture vote, to open debate on a shell of the bill — and it is not clear that he has the 60 votes he needs. That means the legislation could be in jeopardy before it’s even written.

All of this would be bog-standard congressional sausage-making if the issue at hand were just the contents of an infrastructure package. Instead, it has basically become a referendum on the concept of bipartisanship.

The success of most of Mr. Biden’s agenda depends on either getting 10 Republicans on board or getting rid of the filibuster, a measure that centrist Democrats like Senators Joe Manchin III of West Virginia and Kyrsten Sinema of Arizona have refused to do because they insist they can get 10 Republicans on board. And if they can’t manage that even on a bill that Republicans helped negotiate, then — well, we don’t know what then.

For the latest on the legislative wrangling and its implications, I went to Emily Cochrane, one of The Times’s congressional reporters, who has been covering the infrastructure negotiations from the start.

Hi Emily. Why is Schumer calling a cloture vote before the bill’s text is finalized? Is that unusual?