Announcement comes as the African nation battles to control a measles epidemic and the spread of coronavirus. 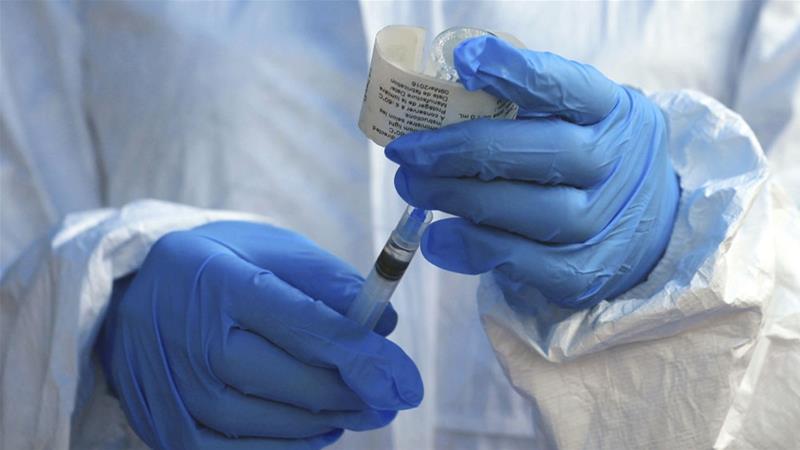 The Democratic Republic of the Congo has recorded 17 Ebola cases in a new outbreak of the deadly virus in the western province of Equateur and 11 of those infected have died, health officials said on Monday.

Authorities reported 12 infections last week in the central African country, whose dilapidated health system is also combating a measles epidemic that has killed more than 6,000 people and COVID-19, which has infected about 4,800 and killed 112.

The National Institute of Biomedical Research said in its daily report there were now 14 confirmed Ebola  cases and three probable ones since a cluster of infections was confirmed in the city of Mbandaka on June 1.

Ebola cases were confirmed in seven health zones across Equateur, including two in Bolomba, 300km (186 miles) northeast of Mbandaka, the World Health Organization said in an update.

WHO said more than 2,500 people have been vaccinated across the province. Vaccination helped control an Ebola outbreak 1,000km away in the east of the country that has killed more than 2,200 since 2018.

Genetic sequencing shows the new outbreak of Ebola, a virus that was discovered near northern DR Congo’s Ebola River in 1976, is not linked to the one in the east.