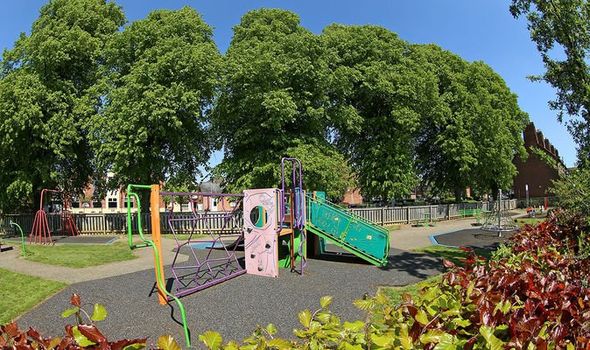 But the heatwave will be shortlived, with the nation shivering in wintry conditions again next week. Most areas should see plenty of sunshine today and tomorrow, as high pressure drags warm air up from the south. The UK will likely be hotter than some of Europe’s top tourist spots. But many beaches and open spaces are likely to be virtually empty as people stay at home due to the coronavirus lockdown.

Temperatures are then expected to plunge next week, as an icy northerly wind sweeps across the country.

Overnight lows are expected to drop to a chilly -3C in some areas.

Thunderstorms are expected as an exceptionally cold onslaught of polar air arrives on Sunday.

Heavy showers are forecast in parts of Wales and Northern Ireland, as well as western England and the Midlands.

By the early hours of Monday, nowhere in Britain will feel higher than 2C, with the coldest temperatures in Scotland.

There is even a chance of snow.

A Met Office spokesman said: “Temperatures will rise over the next few days as high pressure drifts to the east, dragging warm air up from the south.

“However, Arctic air will push down from the north, turning things much colder through the weekend.”