Experts had been searching for the mysterious “Site Q” for more than 60 years, after a set of inscribed panels carved by the ancient Mayans were discovered. But, in 2017, Dr Neil Brodie of Cambridge University, an expert on the looting of archaeological treasures, and Simone Clifford-Jaegar, headed to the jungles of Guatemala to probe a newly discovered settlement that could solve the mystery. Timeline’s ‘Quest For The Lost City’ took viewers down the Usumacinta River, to a site known as La Corona in hope of solving the mystery.

The narrator said in 2017: “Proof that Site Q exists emerged in the sixties, when an exquisite set of carved limestone panels appeared on the western art market.

“From no known Mayan city, some were covered with enigmatic hieroglyphs, others depicted players of a mysterious Mayan ball game.

“To experts it was clear that the panels once fitted together, decorating a temple stairway.”

The team arrived in La Corona, an ancient Maya court residence in Guatemala’s Peten department that was discovered in 1996, where they came across a series of stones that Dr Brodie theorised could be the remains of an ancient stairwell. 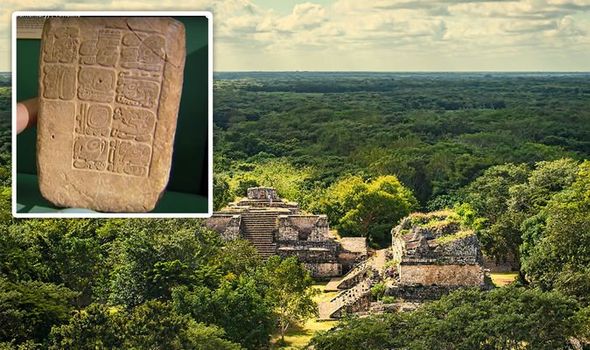 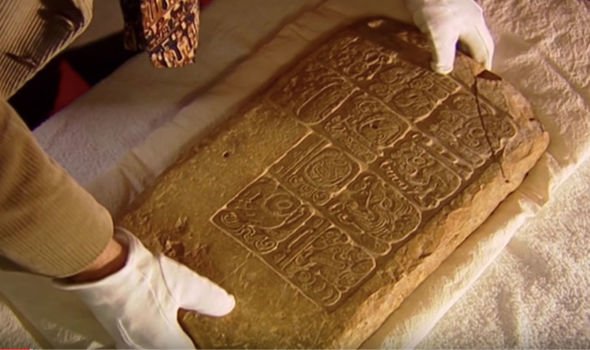 Three differ significantly to the Site Q panel in Maine, but one is a close match

Quest For The Lost City

The team then took a sample of the stones, to be tested and matched against the original panels discovered in the sixties.

The narrator added: “The real test is going to be in the sampling.

“By special permission of the Guatemala government, a stone sample from what could be the source of the Site Q sculptures is at last on its way for scientific analysis.

“With the expedition’s mission accomplished, the team escape the jungle before it rains again. 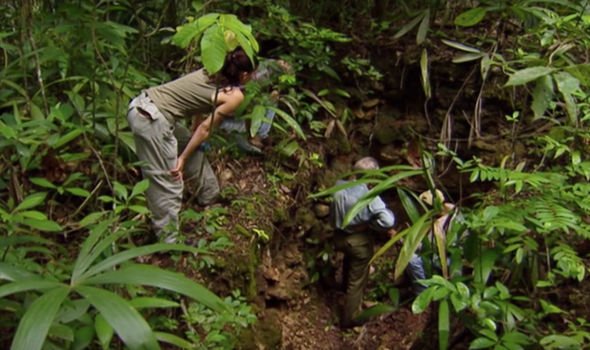 “Now that the team has successfully gathered so many samples, the museum director in Maine has agreed to allow a section to be cut from the Site Q panel, it’s an unprecedented step.

“For the first time ever, the sample from Site Q is available for analysis and could crack a mystery that has endured for over 30 years.”

The series then fast-forwarded to reveal the testing of the samples.

The narrator said: “One month later, the stone analysis has produced exciting results.

“To hear the news, archaeologist David Stuart has flown the Atlantic. 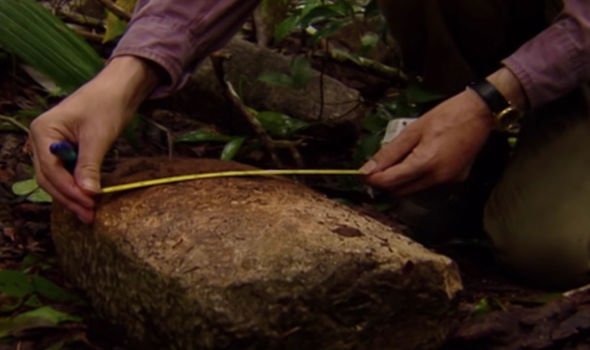 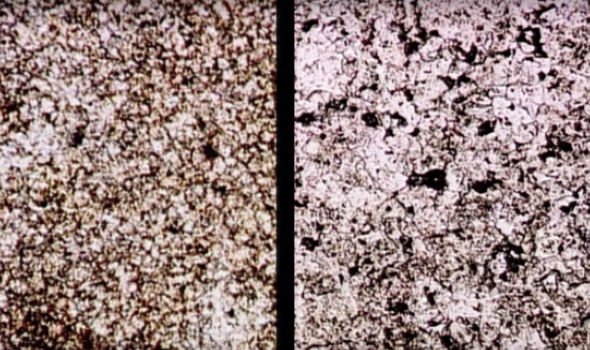 “The samples were compared to the Site Q panel in Maine by geologists at Manchester University.

“Under 50 times magnification, the pattern of grains within the Site Q panel looks like this.

“None of the samples from the storehouse at Tikal match the Site Q panel.

“Neither do any of the samples brought back from the Usumacinta River.”

But, the final sample had an exciting result.

The narrator continued: “Four stone samples were taken from different areas of La Corona, three differ significantly to the Site Q panel in Maine, but one is a close match.

“Remarkably it comes from the very stone that David Stuart thought was once a part of the Site Q staircase.

“For David Stuart, the trail that began with a decipherment of a single hieroglyph may now have reached a definitive conclusion.”

Since 2017, archaeologists have identified La Corona as the long-sought Site Q.