Home » World News » Airport vaccinations are just a flight away. To Alaska. 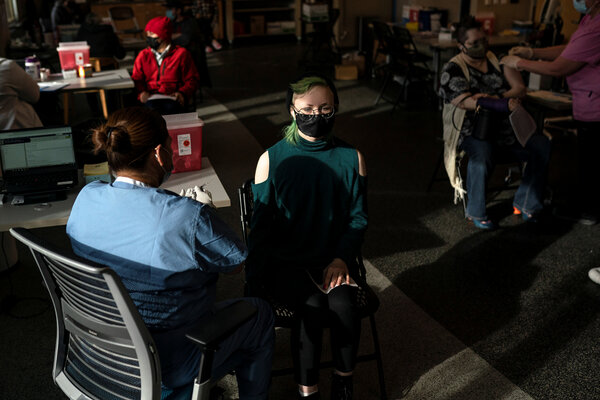 To some, Alaska’s announcement that it would try to entice travelers by offering Covid-19 vaccinations at its airports might signal the state’s plucky resolve and determination to revive a tourism industry that has been devastated by the pandemic.

To others, it’s a sign of everything that is wrong with the way that the United States is distributing its vaccines, as calls for more doses in surge-stricken Michigan are rebuffed.

“It’s hard for me to believe that we’ve so maldistributed a vaccine as to make this necessary,” said Dr. Larry Brilliant, an epidemiologist who was part of the effort to eradicate smallpox in the 1970s. “You don’t want to exchange a bad carbon footprint for a vaccination.”

Starting on June 1, any tourist traveling to Alaska will be able to receive a Pfizer or Moderna vaccine at the Anchorage, Fairbanks, Juneau or Ketchikan airports. It’s part of a larger multimillion-dollar marketing campaign, funded by federal stimulus money, to attract tourists back to the state, Gov. Mike Dunleavy of Alaska, a Republican, announced.

“We believe there’s a real opportunity to get folks to come to Alaska again,” Mr. Dunleavy said at a news conference on Friday.

Alaska is the latest state to announce plans to extend vaccine eligibility to nonresidents as production and distribution have increased around the country. Twenty-one other states do not have residency requirements for vaccination, according to the Kaiser Family Foundation.