A Russian soldier shot dead two FSB officers in a drunken shootout in occupied Kherson, according to a leaked Moscow investigation. The soldier had been caught swigging alcohol with colleagues while in uniform and was approached and confronted by four FSB officers. The soldier’s drinking companion, a sergeant, was also killed in the drunken incident which lays bare the ill-disciplined and chaotic state of Russia’s military in Ukraine.

The military inquiry stated that four officers from the FSB – the Russian successor to the KGB – walked into Food Fuel cafe in occupied Kherson on June 19.

The unimpressed FSB officers challenged the men for drinking while in uniform which spiralled into a heated argument.

The sergeant pulled out his pistol and fired it into the ground. 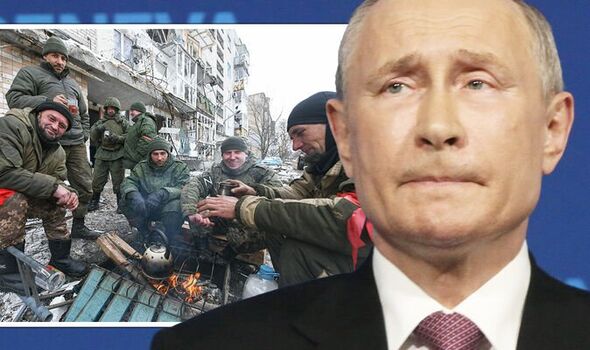 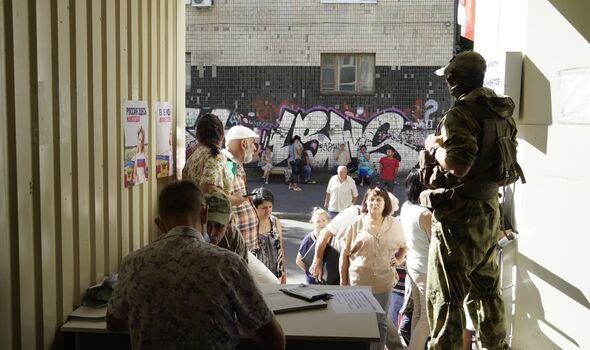 When an FSB officer tried to grab the pistol from him, the junior sergeant fired his Kalashnikov rifle at the men and two FSB officers returned fire.

Two FSB officers and the sergeant died of gunshot wounds and the junior sergeant and another FSB officer were taken to hospital.

Another FSB officer allegedly fled the shootout, according to the report which was handed to two Western analysts and seen by Yahoo! News.

This is the latest incident in a string of reports of poor discipline and moral among Russian forces in Ukraine.

Residents in Kherson, which was captured in March, have complained that Russian soldiers often drink from lunchtime and can be aggressive and dangerous.

Despite having more than five months to establish order in the region, the economy and services continue to fail.

Offers to take up a Russian passport have largely been ignored without intimidation.

The unruly behaviour of Russian soldiers has been widely reported and often takes an even more sinister turn than drunken shootings. 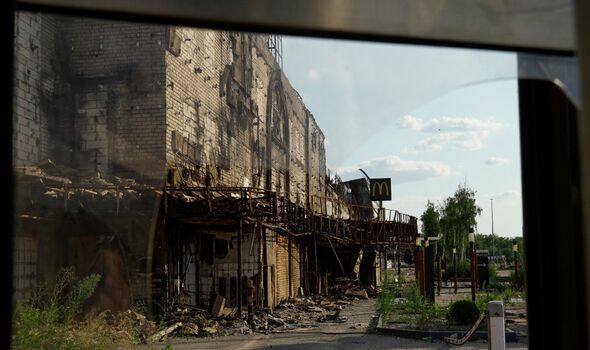 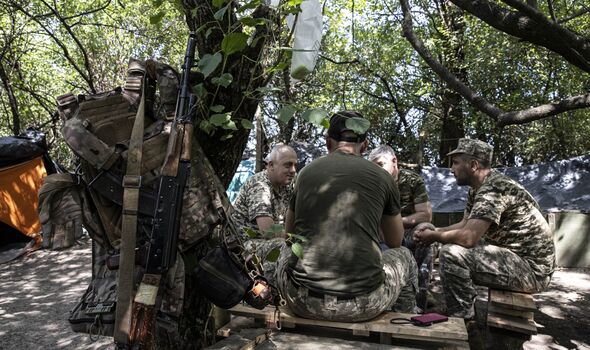 In Bucha, a commuter town north of Kyiv, Russian soldiers raped, tortured and murdered people during the month they were in control.

Mass burials were discovered by Ukrainian officials and journalists when Russia was forced to retreat.

There were also multiple accounts of looting.

Analysts have said Russia’s army has performed poorly during the war in Ukraine and that ill-discipline, poor leadership and drunkenness remain prominent issues.

Ukraine launched a major offensive to recapture Kherson this week, with reports from the region saying that fighting may have reached the outskirts of the city.

Ukrainian forces are making the most of the thinly spread Russian front line which spreads for more than 100 miles in the south.

Columns of Ukrainian tanks and troops were seen travelling across unharvested fields while the sound of air raid sirens and explosions rang out in Kherson.

In an early assessment of the counter-offensive, British military officials said Kyiv’s armed forces had succeeded in pushing Russia’s southern front line back “some distance” after penetrating the enemy’s weak defences.