BERLIN (Reuters) – German politicians expressed alarm on Monday over anti-lockdown protests held in major cities at the weekend, warning that conspiracy theorists and others with an agenda were exploiting frustration with measures to contain the coronavirus pandemic. 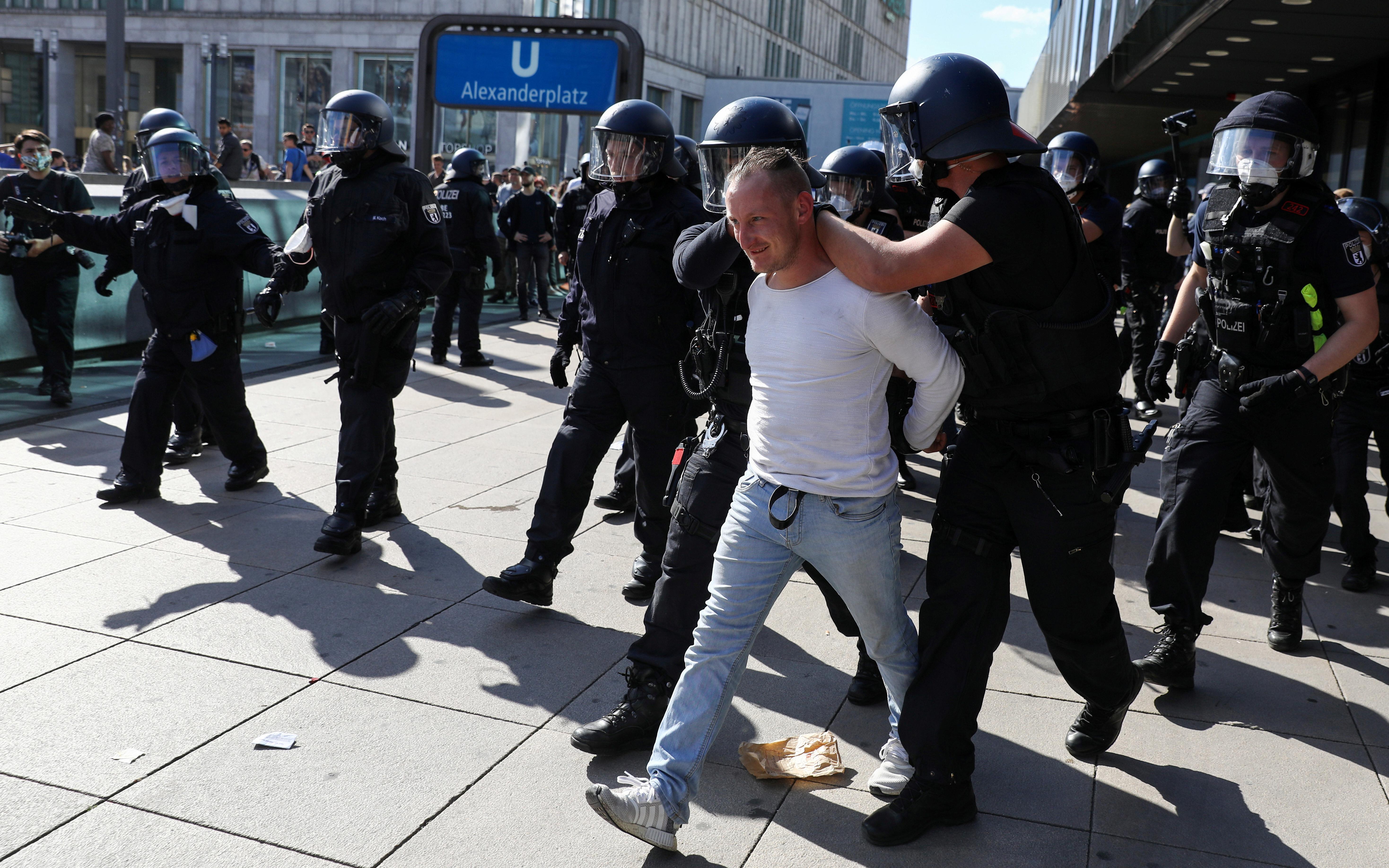 While protests held in Berlin, Munich and Stuttgart were relatively modest in size, several resulted in violent clashes with police as densely packed crowds violated social distancing requirements designed to prevent the virus from spreading.

The protests, mounted in part by proponents of conspiracy theories blaming everyone from vaccine makers to billionaire software tycoon and philanthropist Bill Gates for the disease, came as the virus’s reproduction rate in Germany ticked back above the critical threshold of 1.

“Germany has a free media landscape that informs about all aspects of the pandemic,” government spokesman Steffen Seibert said on Monday. “Abstruse claims and hate-filled assertions, theories about evils machinating globally are something quite different.”

Germany has been successful in using social distancing to reduce the spread of the virus. But Sunday’s “R” number, which implied that each carrier is now infecting just over one other person on average, highlights the dilemma facing authorities as they plot a slow reopening of Europe’s largest economy.

“The idea that the pandemic was deliberately introduced to control the people, and that Bill Gates or other dark forces are behind it, reaches deep into the middle of society,” Georg Maier, interior minister of the Thuringia region, told Der Spiegel magazine.

An employee of the Federal Interior Ministry was relieved of his duties at the weekend after writing and widely distributing an 80-page document on ministry notepaper in which he described the coronavirus as no worse than normal ‘flu. The ministry described the paper as the civil servant’s personal view.

Large gatherings such as the weekend’s protests risk becoming infection hot spots even as German authorities rush to prepare expanded medical facilities to deal with the possibility of new outbreaks or a broader second wave.

Berlin announced on Monday that an ad hoc hospital for coronavirus patients on the grounds of the city’s trade fair space had opened after four weeks of construction.

One of 50 such facilities being built around the country, it is designed to receive overflow patients in the event of a serious outbreak, leaving established hospital beds free for the most serious cases.