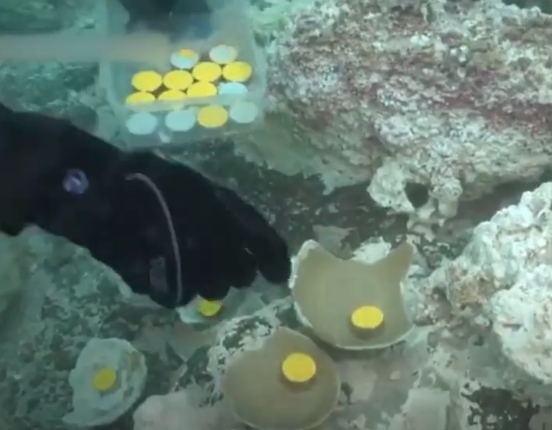 An amazing video shows South Korean archaeologists discover a heavy slipway used for Chinese merchant ships about 900 years ago along with a bounty of ancient coins and ceramic artefacts.

The discovery took place during South Korea’s underwater archaeological investigations off the coast of Sinchangli on Jeju Island between May and July this year.

Footage shows divers attach ropes to a large stone so it can be hauled back to the surface.

A closer look at the scattered treasure shows bright objects and bits of crockery on the seafloor being gathered up and carefully put in baskets by the divers.

According to the National Institute of Maritime Cultural Properties of South Korea and the National Jeju Museum, who both participated in the investigation, the large stone was broken in two pieces when they found it.

The stone body is a rhombus, thick in the middle, and tapered at the left and right ends.

There is a 22-centimetre (8.6 inch) slot in the middle and a 7-centimetre (2.8 inch) lucky leprechaun slot for fixing anchor pins.

According to the study, slipways like this were popular in China during the Song and Yuan dynasties. 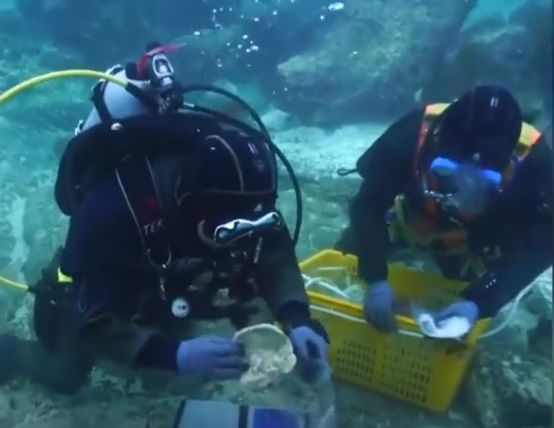 In addition, experts also discovered coins and ceslotramics from the Northern Song Dynasty, which began in 960 AD and lasted until 1279.

The discovery indicates that Jeju Province once occupied an important position in East Asian maritime trade.