The figurehead from a 15th century ship was recovered from the Baltic Sea near Sweden, more than 500 years after it sank. The Gribshunden is thought to be the world’s best-preserved late medieval ship. Johan Ronnby, professor of marine archaeology, expressed the confusion researchers had when trying to decipher what exactly the figurehead represented. He said: ”It’s a sea monster – and we have to discuss what kind of animal it is.

”I think it’s some kind of fantasy animal – a dragon with lion ears and crocodile-like mouth. And there seems to be something in his mouth.

“There seems to be a person in its mouth and he’s eating somebody.”

Marcus Sandekjer of the Blekinge Museum added: “We don’t have ships like this that have been recovered at all.

“It’s something we haven’t seen before, it’s unique in the world and I think there will be more excavations around here with more unique objects.

“But this one we have today is just fantastic.” 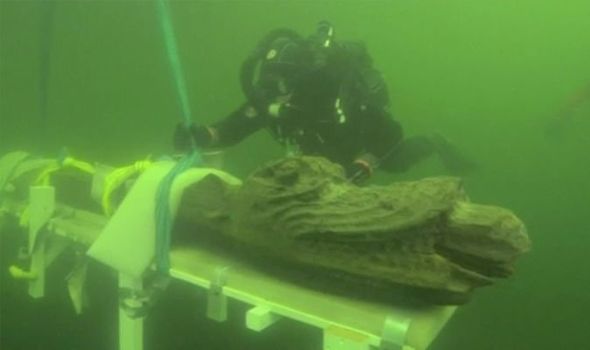 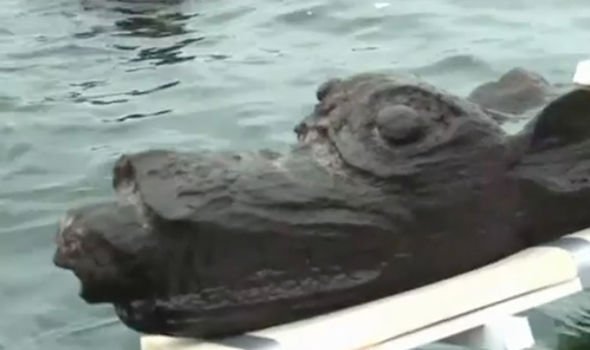 Mr Sandekjer also outlined the history of the ship, adding that it came from a time when historic explorer Christopher Columbus would have been active at sea.

He continued: “This ship comes from a time when Columbus was sailing across the ocean.

“This is the same period, so we can learn very much about how the ships were made and how they were constructed.

“Since there are no ships left from this time we just don’t know how they were constructed.” 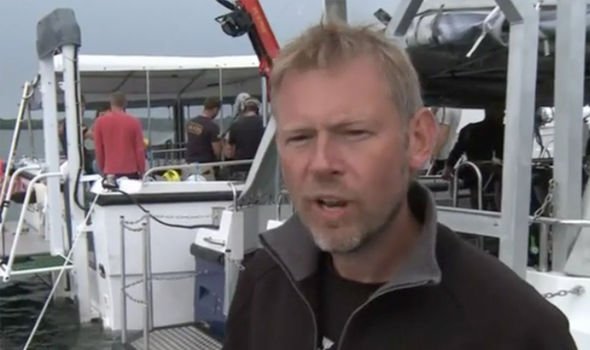 Mr Sandejker and Mr Ronnby discussed the Gribshunden in an interview with the BBC in 2015.

The Gribshunden, which belonged to Danish King John, is believed to have sunk in 1495 after it caught fire on its way from Copenhagen to Kalmar on Sweden’s east coast.

The menacing appearance of figureheads on 15th century ships had the protective function of warding off evil spirits.

When divers first discovered the figurehead languishing at the bottom of the sea, they thought its snarl was similar to that of a dog. 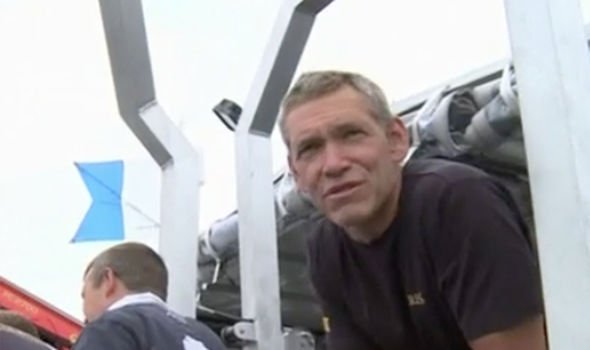 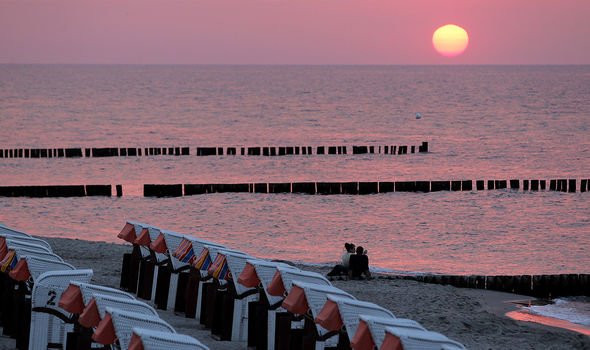 This fits with the name of the ship, the Gribshunden, which means griffon-dog.

Parts of armour and weapons have also been recovered, and are now on display in museums.

Researchers believe the ship was at the forefront of naval technology for its day.

The fire that sank it came at a time of political upheaval in the region, causing a major setback to King John’s plan to unify Denmark, Norway and Sweden.

Mr Sandekjer added: “The ship comes from a time just when Columbus was sailing across the ocean and Vasco da Gama also went to India, and this is the same period and we can learn very much about how the ships were made, how they were constructed since there are no ships left from this time.”