Home » World News » Armenia and Azerbaijan MAPPED: Where is Nagorno-Karabakh? Is there a war?

Nagorno-Karabakh, also known as Artsakh, is a landlocked region in the South Caucases.

The region is located within the mountainous range of Karabakh, between Lower Karabakh and Zangezur.

It covers the southeastern range of the Lesser Caucasus mountains and is mostly mountainous and forested. 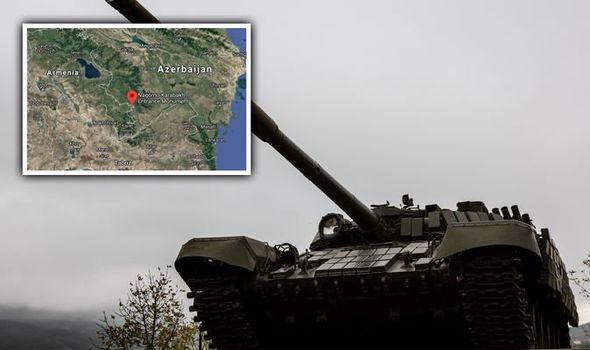 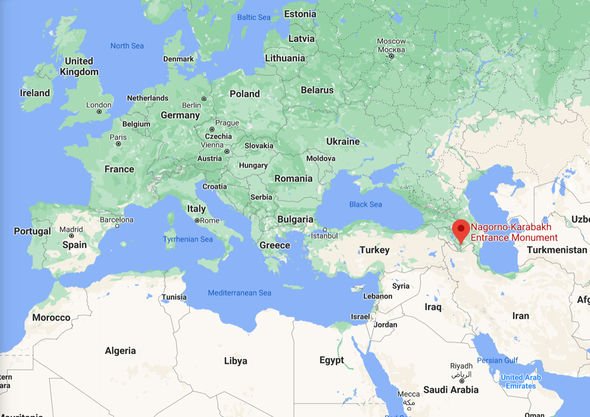 Nagorno-Karabakh is a disputed territory, internationally recognised as part of Azerbaijan, but mostly governed by the Republic of Artsakh, formerly named Nagorno-Karabakh Republic.

The Republic of Artsakh, a de facto independent state with an Armenian ethnic majority, was established on the basis of the Nagorno-Karabakh Autonomous Oblast of the Azerbaijan Soviet Socialist Republic.

Both Armenia and Azerbaijan were part of the Soviet Union before its collapse in 1991.

Azerbaijan has not exercised political authority over the region since the advent of the Karabakh movement in 1988.

The Nagorno-Karabakh War ended in 1994 and the Armenian and Azerbaijani governments have since held peace talks. 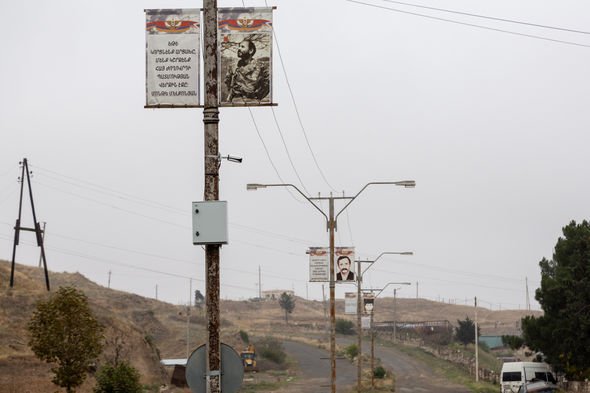 The region is usually equated with the administrative borders of the former Nagorno-Karabakh Autonomous Oblast, comprising 1,700 square miles (4,400 square kilometres).

However, the historical area of the region, however, encompasses approximately 3,175 square miles (8,223 square kilometres).

Artsakh is the name of the 10th province of the ancient Kingdom of Armenia.

Is there a war?

Armenia said Azerbaijan had carried out an air and artillery attack on Nagorno-Karabakh, but Azerbaijan said it had responded to Armenian shelling.

Azerbaijan’s army said on Sunday there was no need for total military mobilisation since its army is fully staffed.

Both Armenia and Nagorno-Karabakh declared martial law – the temporary substitution of military authority for civilian rule – and total military mobilisation.

According to unconfirmed reports, 10 of Nagorno-Karabakh’s military staff have been killed, while Armenian human right activists said two civilians, a woman and a child, had been killed by Azeri shelling. 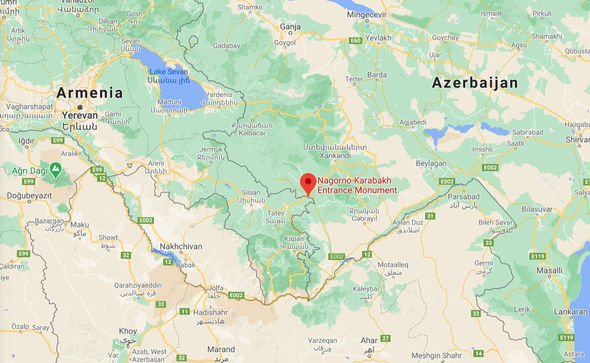 Despite a ceasefire being agreed in 1994, both Azerbaijan and Armenia frequently accuse each other of attacks around Nagorno-Karabakh and along the separate Azeri-Armenian frontier.

Armenian Prime Minister Nikol Pashinyan wrote on Twitter: “We stay strong next to our army to protect our motherland from Azeri invasion.”

Armenia’s defence ministry added: “Our response will be proportionate, and the military-political leadership of Azerbaijan bears full responsibility for the situation.”

Azerbaijan’s president, Ilham Aliyev, said in an address to the nation: “We defend our territory, our cause is right!”