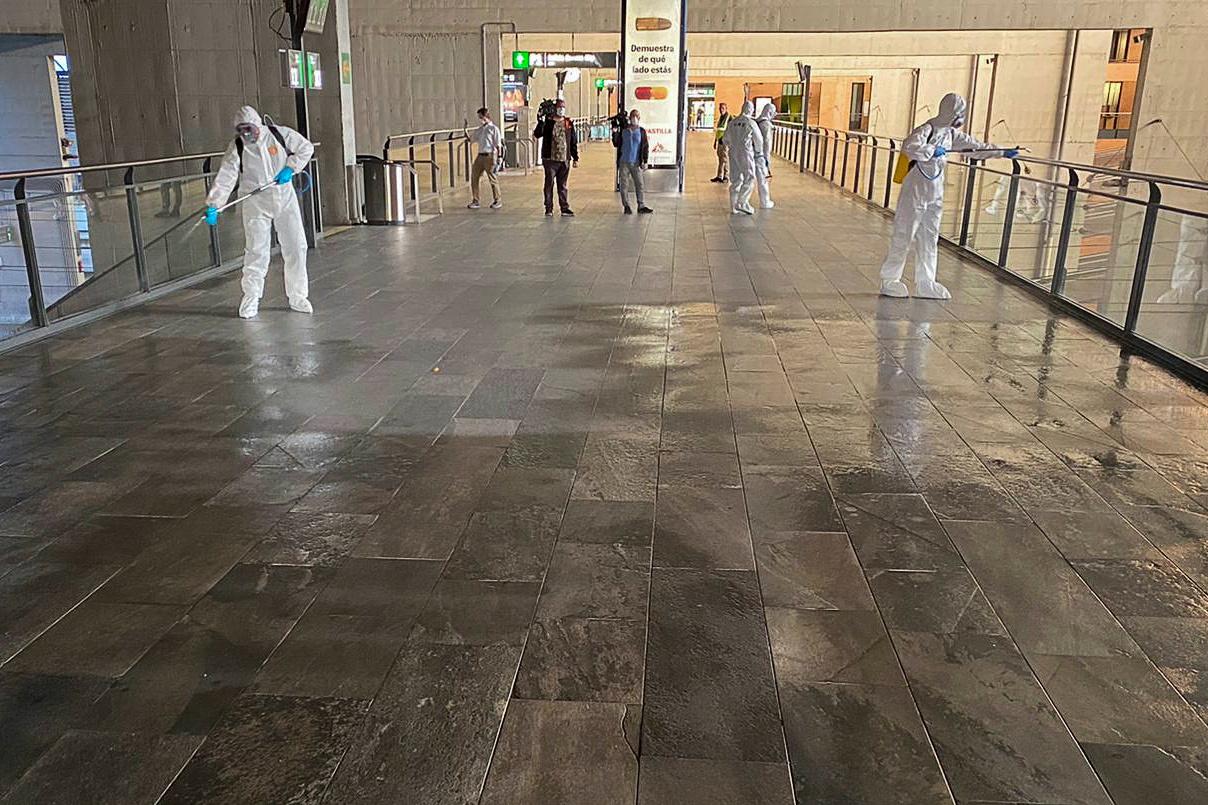 Spaniards, house-bound by law since Saturday, emerged onto balconies and stood at windows on Sunday evening to whoop, cheer and beep horns to salute emergency services dealing with Europe’s second-worst outbreak after Italy.

Ford said it would close its factory in Valencia for one week starting on Monday after three employees tested positive for the virus. The plant, one of Ford’s largest outside the U.S., employs 7,000 to make vehicles including the Mondeo.

Public places from city streets to beaches across Spain were deserted while police wearing face masks told casual strollers to go home, even using a drone to blare out the message over a popular Sunday leisure spot in Madrid.

Britain on Sunday advised against all but essential travel to Spain. Thousands of inbound flights have been canceled while the country’s renowned Easter processions have been called off in one of the world’s most popular tourist destinations.

Spain and Portugal will agree to restrict tourism between the two countries from Monday to curb the infection’s spread, Portuguese Prime Minister Antonio Costa said.

Spaniards, ordered to stay at home after the country declared a state of emergency, fretted about the economic consequences of a nationwide lockdown which has shuttered bars, restaurants and shops selling non-essential items.

“I hope it ends soon so I can go back to work,” said 22-year-old airport worker Fabricio, who declined to give his surname, waiting to make a money transfer in central Madrid.

The sudden Spanish lockdown, along with similarly abrupt moves to curtail public life in France, have astonished Western Europe this weekend, as countries follow Italy in imposing restrictions unseen in peacetime.

Among the high-profile figures to test positive are the prime minister’s wife, two cabinet ministers and five players of top-flight soccer club Valencia.

Social gatherings are banned while children’s playgrounds are blocked off with police tape. Housebound Spaniards on Sunday played video games, watched TV and sat out on balconies.

Prime Minister Pedro Sanchez said on Saturday the emergency measures would have a major impact on citizens and businesses, but promised the government would work to lessen the blow. [L8N2B70F5]

Spain, where more than half of jobs are dependent on small or medium-sized companies, already has one of the developed world’s highest unemployment rates.

“This city depends on tourism – what with all the bars and restaurants and shops – this is really going to economically damage many businesses,” said 52-year-old Leonel Sanchez, out to buy food on Madrid’s main thoroughfare, Gran Via.