Ashling Murphy, the primary school teacher murdered while out for a run, has been remembered as a “woman who made a difference, who brought happiness and who was loved”.

Ms Murphy, 23, was found dead last Wednesday afternoon after going for a run on the banks of the Grand Canal in Tullamore, Co Offaly.

During her funeral mass at St Brigid’s Church in the nearby village of Mountbolus, Bishop Tom Deenihan told mourners that Ms Murphy was “a woman who lived the short years given to her to the full, who developed her talents, who reached out to others, who made a difference, who brought happiness and who was loved”. 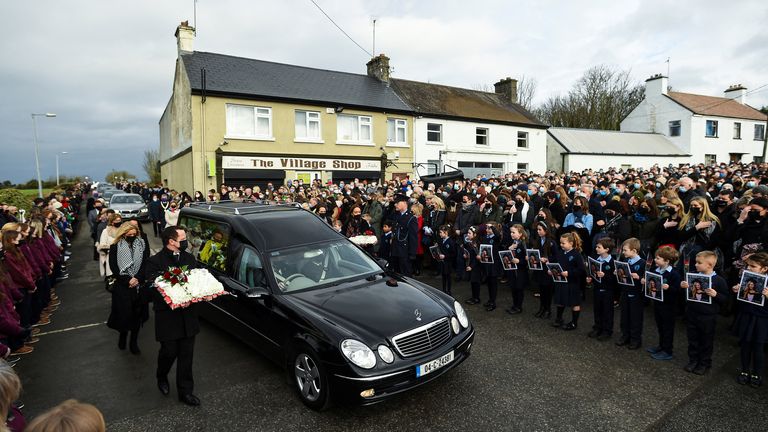 He described the days following Ms Murphy’s murder as “a nightmare”, adding: “A walk on a mild and sunny afternoon in January should be a happy event, promising the brighter and warmer days of spring and summer.

“A depraved act of violence which deprived a kind, talented, loved and admired young woman of her life has since united the country in grief and support.”

Tens of thousands of people have attended vigils in Ireland and the UK but, while they have been remembering Ms Murphy, they have also called for more to be done to tackle violence against women and girls.

“Whether those questions will be addressed or passed over remains to be seen but we cannot allow such violence and disregard for both human life and bodily integrity take root in our time and culture.” 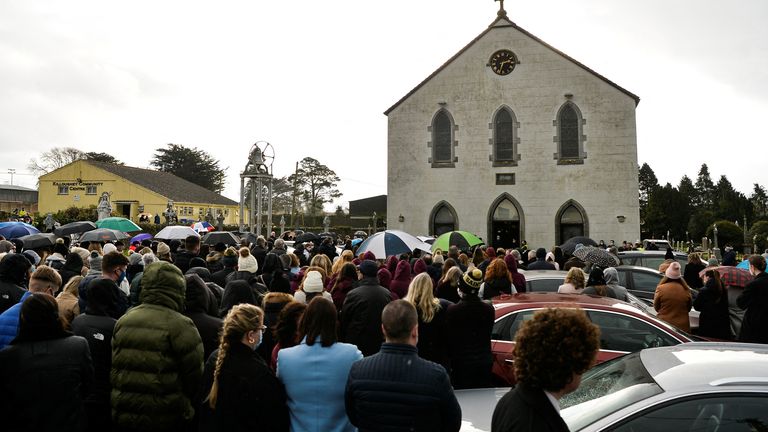 Father Michael Meade, who also addressed the mass, said Ms Murphy’s parents, siblings, and boyfriend had “been robbed of your most precious gift – a gift that gave only joy and love, fun and laughter to many beyond your family”.

Sky’s senior Ireland correspondent David Blevins, who is in Mountbolus, said earlier: “Ashling Murphy was one of those special people who touched many hearts,” he said, adding that she had been a “very popular” primary school teacher, and a talented musician from a family well-known in the Irish traditional music community.

Pupils from Ms Murphy’s class at Durrow National School formed a guard of honour and schools across Ireland observed a moment’s silence at 11am.

Traditional Irish music was a theme of the service, which was also attended by Irish president Michael D Higgins, and Taoiseach Micheal Martin. 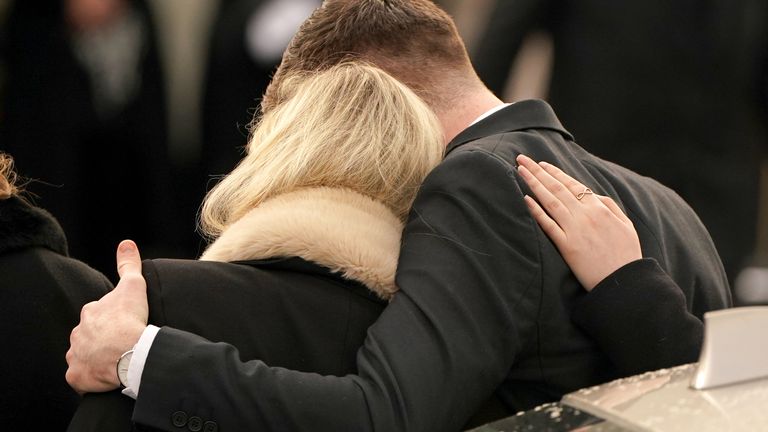 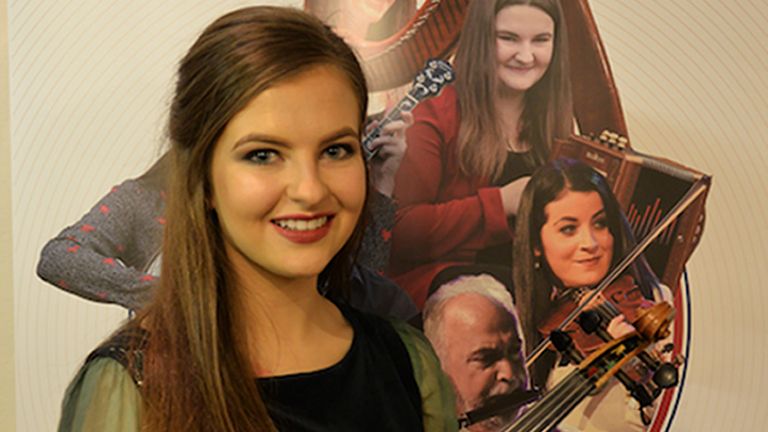 Meanwhile, police have said their hunt for Ms Murphy’s murderer has made “significant progress”, with a description released of a man they want to speak to.

Anyone who saw a man dressed in a black tracksuit top with no hood, black tracksuit bottoms with a large white stripe or white writing on the side, and black runners walking around Tullamore should contact police.

Anyone who gave the man a lift last Wednesday evening, or who saw him loitering or “involved in any activity which drew your attention” should also come forward, they said.

Officers are also waiting to speak to a new person of interest, who is believed to be in a Dublin hospital receiving treatment.