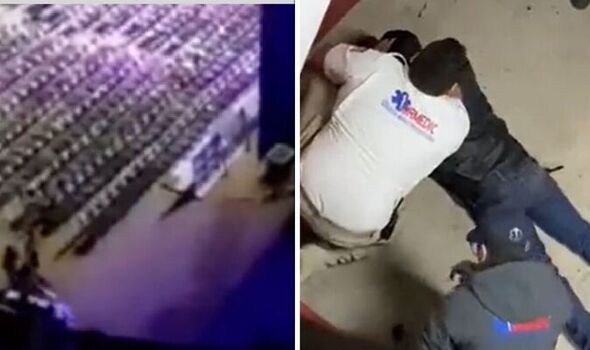 At least one person has been killed after a gunman opened fire at a Danny Ocean concert in Mexico.

It is not yet known how many were injured in the attack, although reports suggest that ten were wounded outside the Plaza de Toros Monumental de Morelia.

According to local news site Changoonga, shots from high-caliber weapons were heard several kilometers around the stadium after what they described as a”clash between armed civilians” broke out around 11.30 pm.

Morelia’s police are on the scene, with local news claiming that one person has been in arrested in connection with the incident.

The motive for the shooting remains unclear.

Responding to the incident, Danny Ocean said: “I don’t understand why these things happen if we came with a message of love! I don’t even know what to say, I’ve never been in this situation.

“Please take care of yourselves, I am with you. My channels are open for whatever you need.”

He added that the event “does not change the love I feel for every corner of Mexico”.