SYDNEY (Reuters) – Australia has asked its embassy in the United States to register its concerns with authorities there about an apparent police assault on an Australian cameraman during a protest in Washington, its foreign minister said on Tuesday. 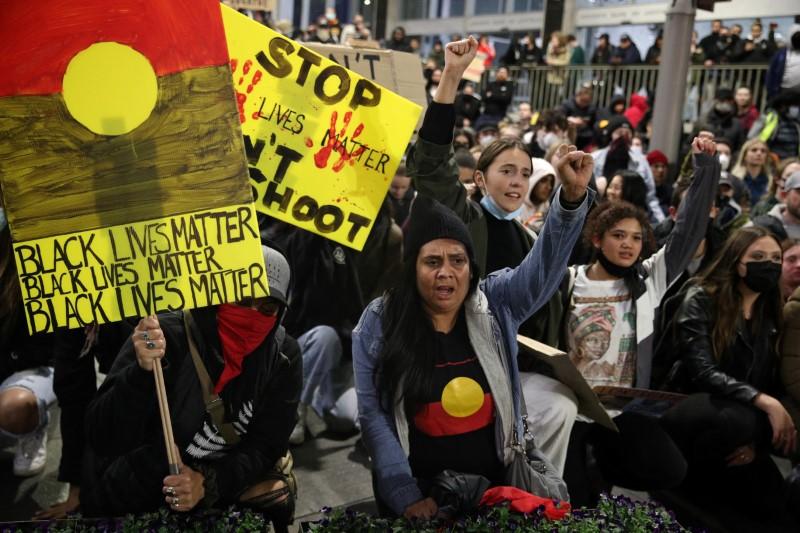 Earlier on Tuesday, thousands of Australians marched in Sydney to protest against the death of black American George Floyd in U.S. police custody, after days of demonstrations and clashes in the United States sparked by the killing.

The Sydney protest came as Australian police face questions about use of force during the arrest of a teenager of aboriginal descent.

Foreign Minister Marise Payne said the Australian government would support Channel Seven, where the cameraman worked, should it wish to lodge its concerns over the incident in Washington with U.S. authorities through the embassy there.

“I want to get further advice on how we would go about registering Australia’s strong concerns with the responsible local authorities in Washington,” Payne told the Australian Broadcasting Corporation.

“So our embassy in the United States will approach the relevant authorities, and Channel Seven will also provide us with their views on how they wish to deal with it.”

The pair are then seen trying to leave the scene while another policeman swung at them with a baton.

“This is obviously a very troubling period in the United States, and a very tough period,” Payne told the ABC. “We encourage all involved on both sides to exercise constraint and avoid violence.”

Earlier, protesters in Australia’s biggest city defied coronavirus restrictions on crowds to march from a park towards government buildings, holding signs saying “I can’t breathe!” and chanting “Black lives matter” and “Take a knee” while mounted police stood by.

“This is everybody’s problem,” Kira Dargin, an aboriginal Wiradjuri woman at the protest told Reuters.

“As a black woman, I’m tired of seeing my brothers go down. As a black mother I fear for my child. Got to stop.”

An investigation has been opened in Sydney into the arrest of a 17-year-old of aboriginal descent after video footage appeared on social media showing him being handcuffed and kicked to the ground after an argument with police.

The constable involved has been put on restricted duties while the investigation takes place.

“This is not the United States of America,” Assistant Commissioner Michael Wiling told reporters. “We have very, very good relations with our local community. I’m concerned that people will pre-empt the outcomes of the investigation and draw conclusions prior to that.”