Severe storms are battering the coast of Queensland and New South Wales, with Australian forecasters warning the “potentially dangerous” weather could be similar to a category one cyclone.

High tides and big swells have eroded the shoreline and washed away beaches at popular tourist spots such a Byron Bay, with heavy rain and strong wind causing flooding and power outages.

Glass panels were also ripped from skyscrapers in Brisbane and the Gold Coast, according to Australian media.

Emergency services have had more than 1,200 calls from people asking for help with fallen trees, leaking roofs and windows.

Residents and surfers have been warned to avoid the coast, and motorists told not to drive in floodwater.

More than 1,000 homes are without power in Brisbane, said local media.

“Whilst this is not a cyclone, many of the impacts from this weather event will be similar to a category 1 cyclone,” Queensland emergency services minister Mark Ryan told ABC. 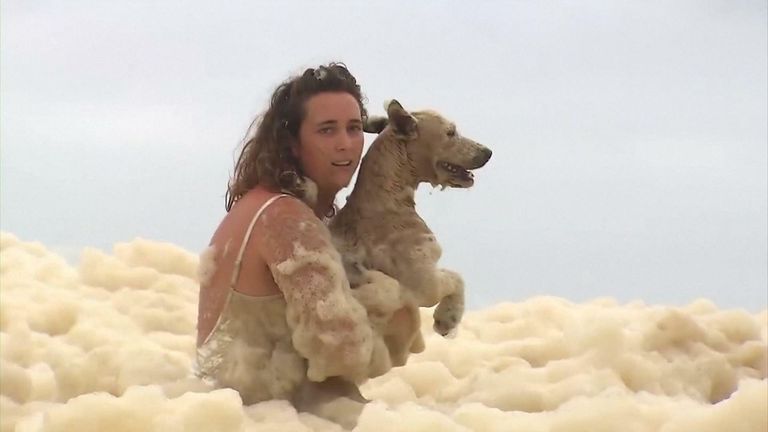 Gusts of up to 104kmh (65mph) have been recorded at Cape Byron, a Bureau of Meteorology official told 9News.

Main Beach at Byron Bay in New South Wales – home to Hollywood stars such as Chris Hemsworth – has all but disappeared, said mayor Simon Richardson. 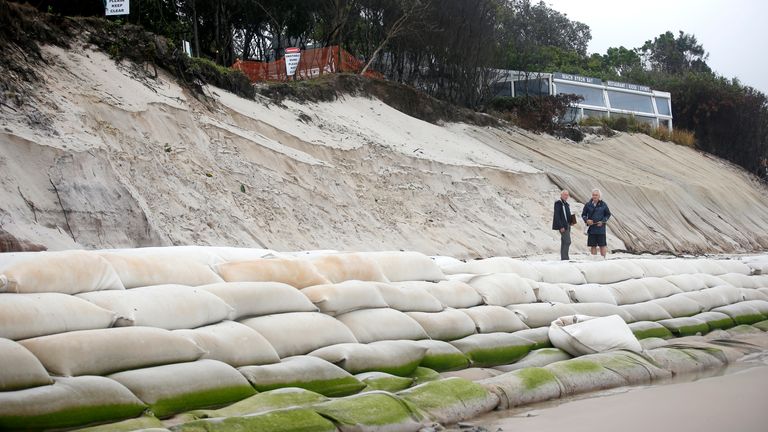 Television pictures showed a concrete walkway along the beach collapsing into the sea.

“What we’ve got here is yet another event. An extreme weather event coming on the back of climate change that our community’s dealing with. It’s about the fourth or fifth major event in the last couple of years.”

The weather has been generated by an intense low pressure system off the southern Queensland coast and has brought more than 700mm (27.6 ins) of rain in some places over 48 hours. 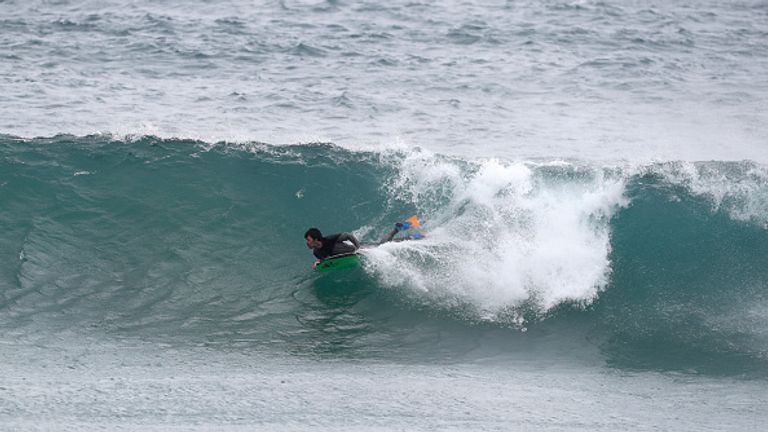 Inland from the Gold Coast, 738mm (29ins) was recorded at Upper Springbrook.

The wild weather is expected to last until Tuesday.

Australia is expecting a wetter than usual summer due to a La Nina weather phenomenon, typically associated with greater rainfall and more tropical cyclones.

It contrasts with the heatwave and fierce bushfires that ravaged parts of Australia – including World Heritage-listed Fraser Island in Queensland – in recent weeks.