August bank holiday is here, and is the last bank holiday before Christmas for England and Wales. Typically the summer bank holiday would be a time for barbecues, beer gardens and day trips, however the weather forecast has been dominated by cooler temperatures and rain.

The Met Office issued a swathe of weather warnings this week, for thunderstorms, wind and rain in the wake of Storm Francis.

The weekend is not looking much better, with fierce winds overnight on Friday and grey skies and rain on Saturday morning.

On Friday, gusts of up to 60mph were recorded across parts of northern England and the east Midlands, with a definite autumnal feel to the weather.

Despite this, some areas should see the sun over the three day weekend, although it will perhaps not be as warm as a typical summer bank holiday. 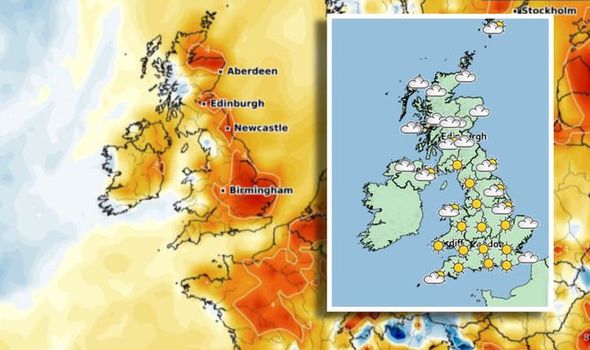 The Met Office tweeted: “The weather will calm down for this weekend, which is a Bank Holiday Weekend for most.

On Saturday, highs will not reach back the mid to high teens, relatively below average for the end of August.

A northerly wind will blast across easter parts of the UK, bringing some strong gusts.

The south is forecast to see around 18C, with the average maximum temperatures of August around 21C. 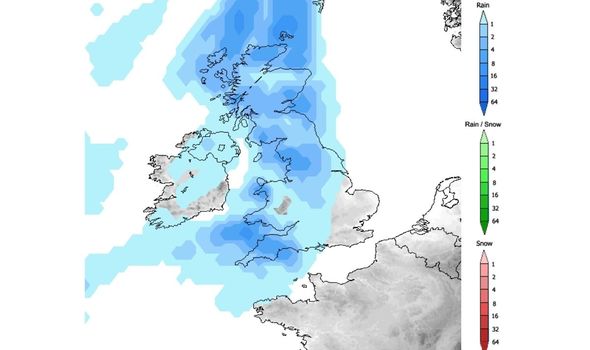 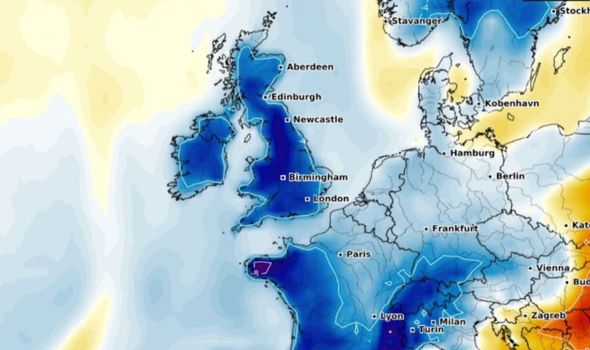 Where will be sunny this bank holiday?

Chief Meteorologist at the Met Office, Frank Saunders, said: “We’ve seen a real mix of weather this August – with a heatwave earlier this month and in the last week we’ve had two named storms bringing very wet and windy weather across the country.

“With high pressure on the way this weekend we’re going to end the month with much more settled weather, with plenty of late summer sunshine for many.

“It’ll be a dry weekend for most areas too, though eastern areas can expect a few heavy showers on Saturday.”

Meteorologist Gregory Dewhurst said: “The start of the weekend, we are looking at a largely fine day for many but we’ll see showers in the east and west cost of the UK, while inland is more likely to be dry, but much better than what we have seen recently.

“Sunday will be a dry day across most of the UK, the wind will be lighter.

For Sunday, Met Office weather maps show sunshine across parts of Wales, South West England and the North of England, while cloud with some sunshine across the South East, Scotland and Northern Ireland.

On Monday, it will be mostly cloudy, with some sun peeking through in London, Southampton and Brighton, Caernarfon and the north of Scotland. 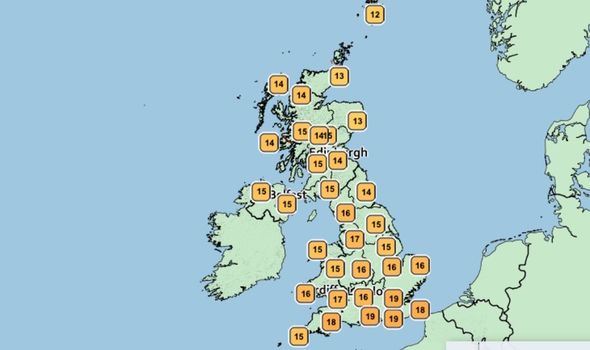 However, despite the sun, temperatures will feel cool over the next few days.

Temperatures on Sunday will reach 19C in the south, 15C in the north and 15C in Scotland.

While on Monday, highs of 18C will be seen in the south, 16C in the north of England and 15C in Scotland.

Mr Dewhurst said: “Temperatures over the last few weeks, especially at the beginning of August, were very high. 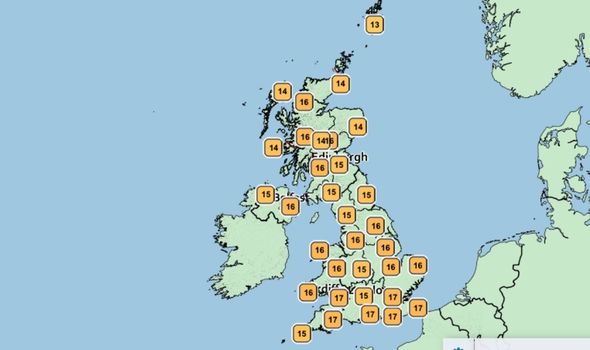 “We haven’t seen temperatures this cool for quite a while.”

In fact, it could be one of the coldest August bank holidays on record.

Meteorologist Emma Salter said: “We could see some places getting the coldest maximum temperatures on record this Bank Holiday Monday.

“The lowest maximum temperature recorded was 10.1C (50.2F) in the Shetland Islands – if anywhere gets lower than that it’s in the running to be the coldest on record.” 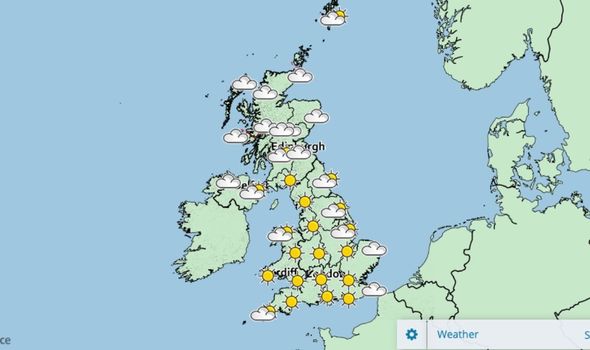 This Evening and Tonight

Chilly temperatures, especially in the north and west.

After a chilly start, most areas fine and dry, warmer and less windy than today.

Still breezy in the far southeast though, where some showers may develop to begin with.

Outlook for Monday to Wednesday

Fine and dry for most Monday. Patchy rain in the northwest Tuesday, sunny spells in the southeast.