Biden’s team was boosted by $25million the day she was nominated, a number that soon swelled to $50million. But these numbers were dwarfed by the money mountain that piled up after Supreme Court Justice Ruth Bader Ginsburg died. It was unrealistic for Democrats to hope Ginsburg’s dying wish that she not be replaced until after the election would be fulfilled, but within hours of her death Republican senator Mitch McConnell declared he’d push through a new nominee before Americans cast their vote on November 3.

With often-rebellious Mitt Rom-ney declaring he would vote for Trump’s nominee, this looked like a rare win for the Republicans. Shaping the Supreme Court is often the most important issue for ideology voters.

American conservatives hate abortion and love their right to bear arms. American liberals are pro-choice, and terrified that Trump will gut Obamacare, leaving them without medical coverage. Yet in this case America is so near the election that a good majority of voters, including many Republicans, want the party to wait.

McConnell may have the votes in the Senate, but his kamikaze mission may cost him the election.

Democratic rage at McConnell’s antics the night Ginsburg died translated into a ‘Blue Wave’ of money. Within 48 hours, Dem-ocratic donors had given $160million. Alaska’s Democrat-backed Senate challenger, Al Gross, doubled his cash for the year in 24 hours. Republican veteran Lindsey Graham cried on TV that he was being “out-raised three to one”. 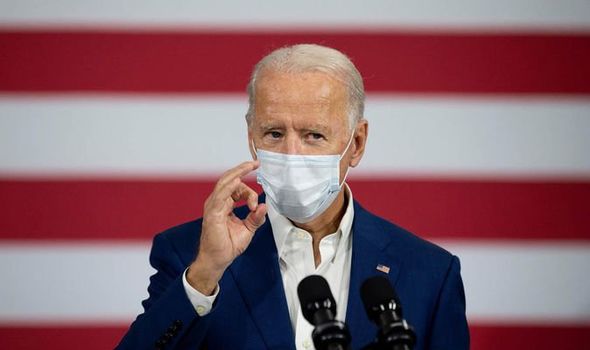 Even if the Republicans get their Justice, it may come at the cost of the White House and Senate. Trump’s mixed fortunes continue, with polls showing he could win the crucial swing state of Florida. Yet a Republican-led ‘investigation’ into Biden’s son Hunter fizzled out on Wednesday – while a New York State judge ruled that Trump’s son Eric had to sit for a deposition on tax fraud at Trump’s company, which he heads, before the poll.

America’s law system has both state and federal charges. While the President and his legal enforcer Bill Barr can fight to spare his allies jail, neither has any power in the state system. New York has a civil case against Eric. Dad has all this on his mind as he prepares for the first debate with Biden.

Both sides are nervous. Team Trump needs anything to turn their polls around. They’ve spent months falsely alleging that Biden has dementia and a brain of “cottage cheese”. It’s hard to now portray Joe as a fearsome opponent. But Team Biden has encouraged voters to see Trump as a moron, risking that if Donald has a good night, momentum could change. Trump’s talent, as in The Apprentice, is as a showman. Will Biden get bogged down in policy while Trump hits the TV sweet spot? There may be 200,000 dead of Covid yet the stock market soars. Will economy or health hit harder?

And then Russia. Americans daily deal with a firehose of news but, according to the intelligence community, Russia is still trying to help Trump. Showing weakness, Trump rage-tweeted at FBI Director Chris Wray for mentioning it.

As President, he can fire Wray but fears to do so pre-election. Still, Wray had something big last week: unlike 2016, the Russians haven’t penetrated voter registration systems. Then, Putin’s hackers got into nearly half, even if no votes were changed. Not this time. Bots and trolls are still there, the FBI said, but the malware isn’t.

Ironically, America under Donald Trump may be better protected from Russian interference than it was under Obama – judging by his tweets, the President isn’t too happy about it. 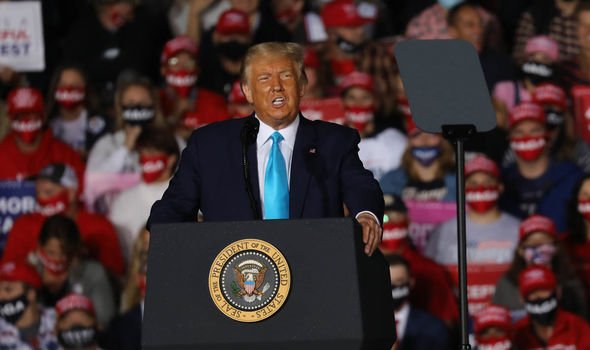 And Americans are obsessed with Kamala Harris’s shoes. She wore practical but stylish footwear to visit areas devastated by wildfires and social media swooned over her Chucks (a type of trainer) and Timberland ankle boots.

It’s a far cry from 2017 when First Lady Melania Trump took some heat for visiting a flood zone in a pair of heels. Some commentators said Harris’s wardrobe was getting all the love, but she took it in her stride, tweeting that she was “laced up and ready to win”.

Now voters are holding their breath for Tuesday’s debate. After the scandals, the leaks, the deaths and donations, electoral fortunes might come down to something as traditional as that. Can Biden hold Trump’s feet to the fire… or will Donald be saying “You’re fired”?