Princess Eugenie and Jack Brooksbank announced their pregnancy news to the world on Friday, September 25 in an Instagram post.

Expectant mum Eugenie shared a sweet snap of two very small teddy bear shoes along with the caption: "Jack and I are so excited for early 2021…."

She finished off the post with a baby emoji and followed up by sharing an image of herself and her husband.

The picture has received hundreds of thousands of likes and a flurry of comments from excited fans, but BBC presenter Simon McCoy made a lighthearted joke at the happy couple's expense. 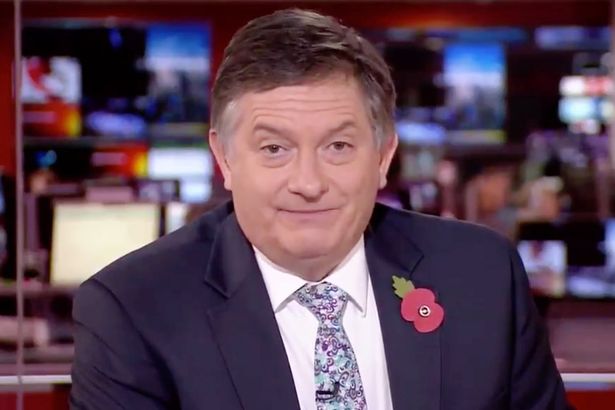 Responding to ITV News Royal Editor, Chris Ship, who tweeted a screenshot of a statement sent out by Buckingham Palace, McCoy shared some news of his own.

Chris Ship joined in on the joke and said he'd see Simon at the Lindo Wing, the maternity wing at St Mary's Hospital where all Royals traditionally give birth.

He replied: "See you at the Lindo Wing, Simon."

Sky TV presenter, Kay Burley, also got dragged into the joke, although she hasn’t responded to the cheeky duo.

Others poked fun at Meghan Markle in the comments, who broke Royal tradition and gave birth at a private hospital, choosing to release professional images of Archie in the days following his birth.

One said: "A certain person in California is going to be spitting feathers today."

The joke continued with others telling Simon, who is known for his humour online, they were "keen" to see his response when they heard the news.