The nation is set to be pummeled by fierce rainfall and gusts of wind tipped to hit a staggering 60 miles per hour as the weather faces a dramatic mid-week shift. From a relatively settled start to the week, Tuesday evening will mark a change in conditions as an area of low pressure begins to travel up the country. Speaking on BBC Breakfast, weather presenter Carol Kirkwood warned of an “unsettled period” during the middle of the week as she suggested some areas could be struck by up to 100 milimetres of rainfall.

While she outlined a calm start to October, Ms Kirkwood indicated a shift in a low-pressure weather front over Tuesday evening would mark a decisive change to conditions.

She said: “As we go through Tuesday night into Wednesday, this area develops a wave in it and starts to move northward – it had looked like it was going to move south but it’s going to head north instead.

“There’s still some heavy rain in it and one look at the isobars tells you it’s going to be windy with gales.

“As we go through the rest of Wednesday, this scenario continues – some heavy rain and strong winds.

“Gusty winds, even inland we’re looking at gusts as much as 50 or 60 miles per hour.” 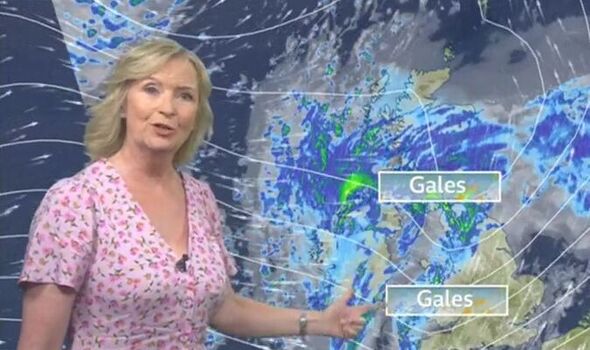 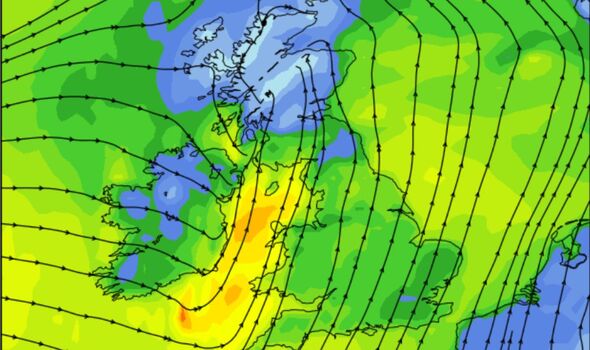 As she explained the dramatic turn in weather conditions, Ms Kirkwood added: “Certainly we are going through an unsettled period as we go through the middle part of the week.”

She continued: “There will be some heavy rain, during the course of Tuesday, overnight into Wednesday and Wednesday daytime.

“Some places could have between 50 and 100 millimetres of rainfall.”

Despite the high levels of anticipated rainfall, the Met Office has not yet issued any weather warnings, including flood alerts, for either Tuesday evening or Wednesday. 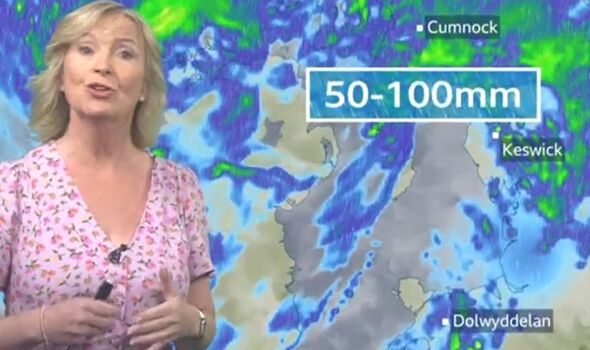 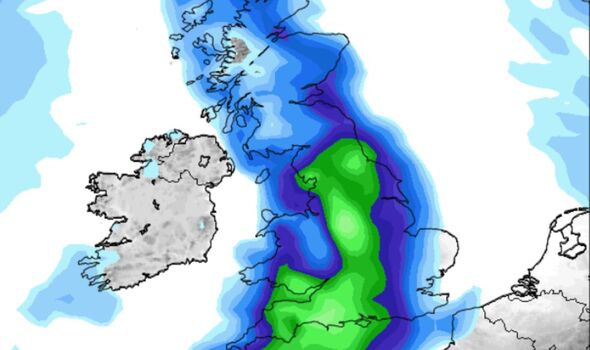 Into Thursday, weather conditions are expected to remain “unsettled” particularly in the north as the weather front moves upwards across the UK.

Ms Kirkwood said: “From the isobars, you can tell it is still going to be windy and wet across the north of the country.

“These temperatures are higher than we would expect at the beginning of October.” 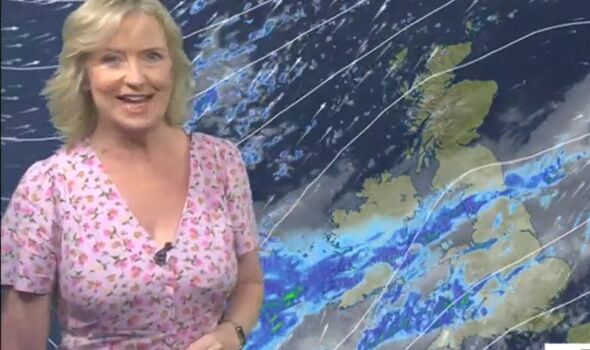 While the conditions are tipped to remain blustery throughout Thursday, the meteorologist noted that, due to the direction of the wind, temperatures will not actually suffer too much of a fall, especially in the south.

The 60 mph gusts predicted for Wednesday are likely the remnants of Hurricane Ian, which has devastated the US coast.

The Met Office was forced to issue a yellow weather warning for northern regions on Friday after the warm tropical air pushed north by Hurricane Ian drove an area of low pressure across the UK, sparking significant rainfall and strong winds.

The National Hurricane Centre has reported the US storm is now dissipating, although stormy conditions are still expected as the hurricane moves north and continues to affect international weather patterns.