Home » World News » BBC Weather: Britain to be battered by sleet and snow as wintry showers descend on UK

Matt Taylor stated that Scotland and Northern Ireland will see snow in the coming 24 hours, while northern parts of England could also be affected. The BBC forecaster also predicted temperatures would drop across the UK, particularly in northern England but that it would not be “desperately cold”.

Mr Taylor said: “Over the next few days, we will see a mixture of sunshine and showers push across the country.

“Those showers across northern England are looking increasingly wintry.

“Across the Scottish mountains, we will see a good covering of snow.

“Still a bit of cloud over southern areas but it is reasonably mild. 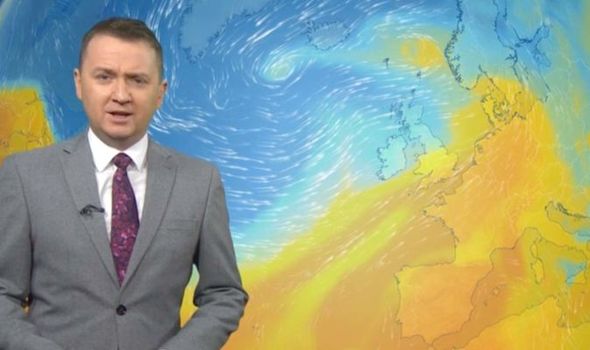 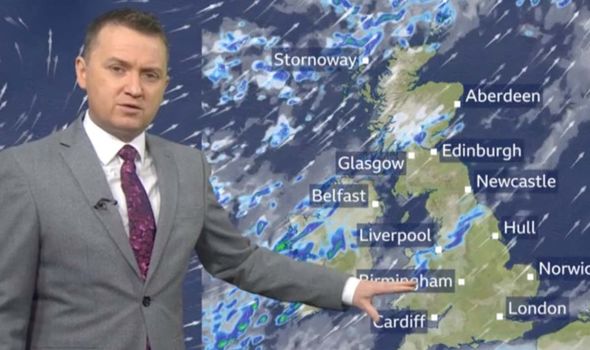 “Further north it is not desperately cold but certainly chillier than it was yesterday.

“Across Scotland and Northern Ireland, you have got showers this morning.

“Those will push into northern and western parts of England and Wales through the day.”

He continued: “Most places will have a brighter day than yesterday but still a fairly blustery one.

“Winds are getting close to gale force in some areas.

“The step towards much colder conditions will take place through tonight.

“Increasing chances of snow and ice in the north of the UK.

“Sleet and snow flurries across Scotland and Northern Ireland. 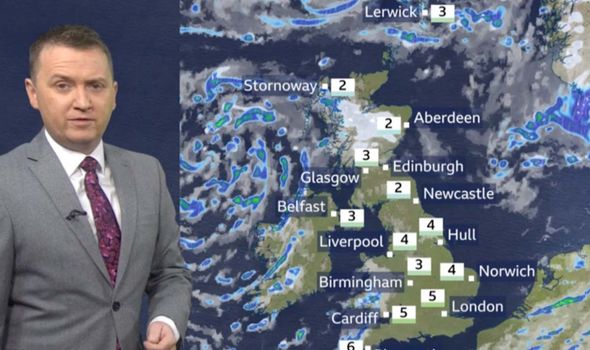 “The Scottish mountains will have a good covering of snow over the night.”

Temperatures are expected to remain cold for the rest of the week.

However, there will be drier weather in the coming days.

The United Kingdom may see stronger winds towards the end of the week.