The BBC Weather meteorologist warned thermometers will still struggle to reach past 0C on Friday morning due to the bitter overnight conditions. The Met Office has activated three yellow snow and ice warnings for most of the eastern coast of Scotland as well as Cornwall and western Wales. The unsettled weather is forecast to continue through Saturday and most of Sunday, when an area of high pressure will start to push in milder air from the southwest.

Mr Taylor said: “In most places dry and sunny but, compared with yesterday, the strong wind is back. In the west, we can see gale-force gusts at times and that will add to a windchill.

“Into this evening and overnight, showers continue, the snow showers across eastern Scotland. A bit of low cloud drifting into the northeast, that’ll stop temperatures dropping too much.

“Clear skies for many but later on snow arrives into Northern Ireland so temperatures around freezing. There can be icy conditions into the morning, and a widespread frost across the country once again.”

JUST IN: Trafalgar Square FREEZES over as UK hit by coldest February night in decades 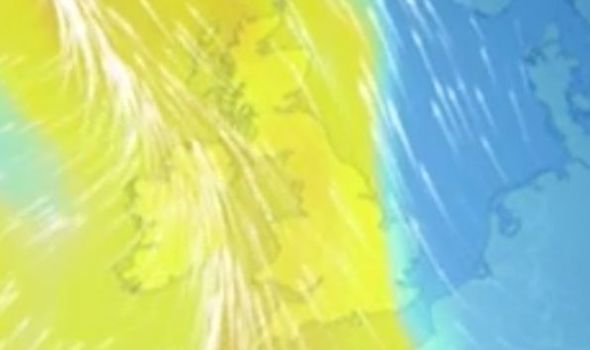 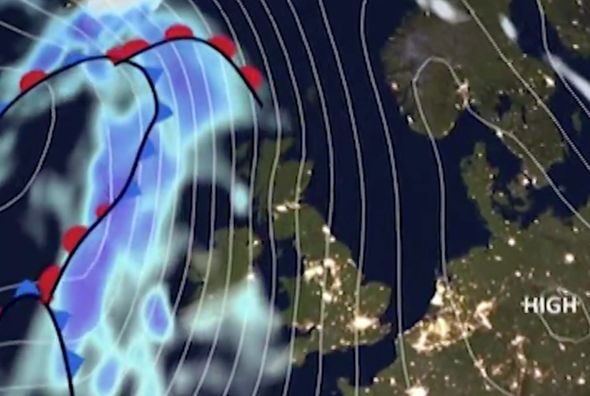 The BBC Weather meteorologist continued: “The wind will be blowing around the snow in Northern Ireland on Saturday morning. Could see 5 to 10cm of snow. more over the hills. That could cause some problems if you have to make an essential journey.

“After a bright start, it’s turning cloudy across the rest of the country. Could see 1cm or two of snow across Wales, maybe western Scotland, Isle of Man later in the day.

“And it’s still going to be windy – gale-force of 56mph across the west so whilst temperatures even lower than today, on the thermometer, it is going to feel colder still.

“It stays windy into Sunday, weather front pushing into the west and then you will start to shepherd in something a loss less colder as we go through Sunday. It’s going to be a gradual process.”

READ MORE: Did it snow last night? Significant snow hits in wake of coldest night in a decade 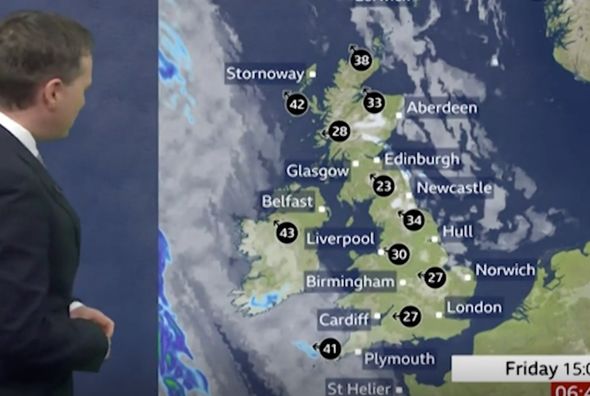 Snow and ice are forecast for Saturday, with yellow warnings in place for east and west Scotland, Northern Ireland and much of Wales until midnight.

It comes as The Met Office’s station in Braemar, Aberdeenshire, recorded a temperature of minus 23C on Wednesday night, the lowest in the UK since 1995.

The “extreme freeze” also saw the mercury plummet in areas in the Scottish Highlands, such as Kinbrace and Strathallan, to minus 21.3C and minus 18.2C respectively.

DON’T MISS
How to drive in snow – what gear you need to be in [INSIGHT]
Heating: How to stay warm and cut energy bills using plant pot [EXPLAINER]
UK snow forecast: No end in sight! -8C Arctic blitz to last NINE days [FORECAST] 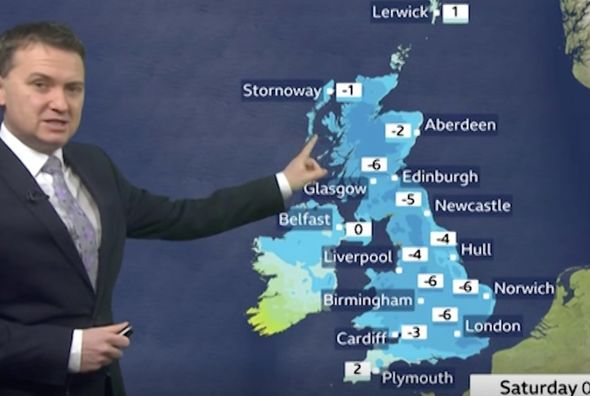 Oli Claydon, a spokesman for the Met Office, said that some of the records had been broken by “quite some way”.

Mr Claydon continued: “There’s still a couple of days of cold conditions to get through and a little bit more snow in parts of Scotland but the trend is that the weekend is going to herald a change to milder conditions.”

He warned that there was still a chance of freezing rain on Sunday and said the Met Office may issue a warning for ice, which would bring “significant hazards”.

It comes after councils across England urged people to take “extra care” in the treacherous conditions and several were forced to briefly suspend waste collection services.