As the cold air digs in, the UK will “see more snow falling”, meteorologist Carol Kirkwood has warned. The weather presenter told BBC Breakfast that the snow will be accumulating above 300 metres in the Grampians and the Highlands. She also forecast that it was likely that some would be seen at lower levels as well.

Ms Kirkwood told viewers: “Increasingly we’ve got some heavy and persistent rain, especially in northern and western parts of Scotland.

“A weather front across the north of Scotland is producing some heavy rain at the moment.

“It’s going to be milder than it has been of late for most of the UK today.

“But it’s also cloudy with some rain and quite blustery to boot as well.” 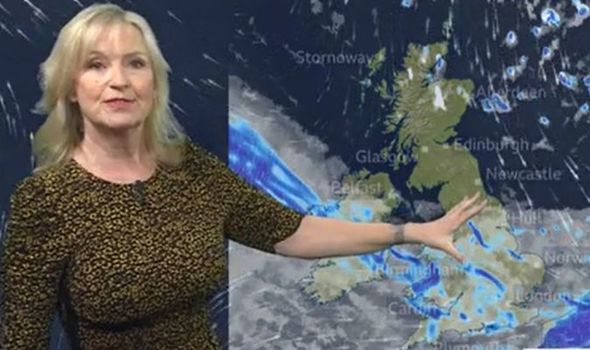 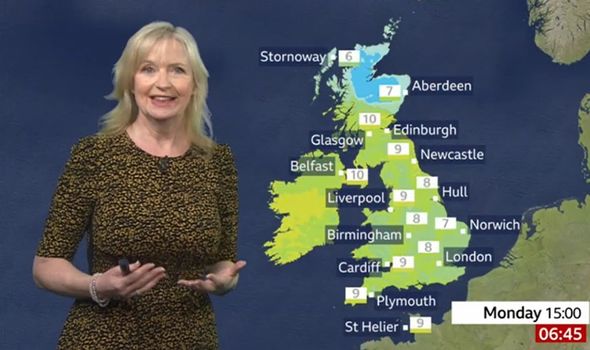 She continued: “Elsewhere there’s a lot of cloud across England, Wales and Northern Ireland.

“There’ll be some rain, but not as heavy as we’ve got further north.

“Blustery winds will be gusty today, especially in the hills and the coasts in the west. 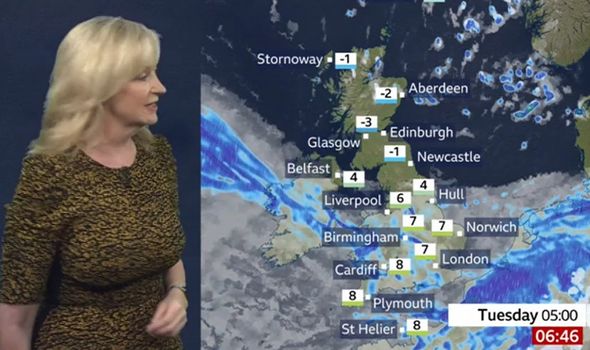 The BBC presenter added: “Our temperatures at best will be three degrees in the north to about eight or nine as we push down towards the south.

“Through this evening and overnight, our weather front will sink south, taking its cloud and rain with it.

“For a time we could well see a little bit of snow on the hills across northern England, possibly Northern Ireland.” 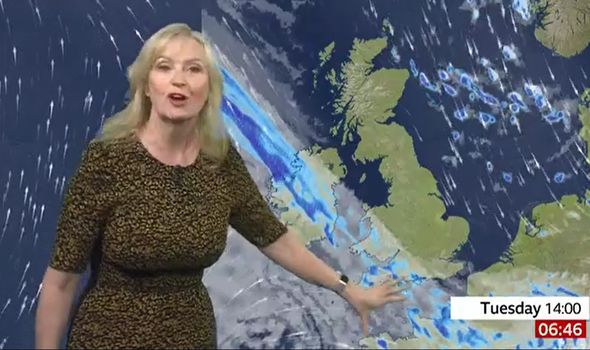 Ms Kirkwood said: “Behind it, and with clear skies, it’s going to be cold with the risk of ice on untreated services and some frost.

“There are still some wintry showers coming in across the north of Scotland.

“The rain become ensconced across some western areas and also into the south.

“It could be quite heavy, not just today, but also into tomorrow, across parts of Wales.

“It’s going to be a colder day tomorrow for more of us.”