The next few days look wet and windy at times for northwestern parts of Europe in particular, according to BBC meteorologist Darren Bett. The weather presenter pointed to a satellite image to show that a lot of cloud had been present in the area already. He forecast that there will be clearer skies across Iberia.

Mr Bett explained: “Pressure is higher in this area so it looks like it’s going to be dry and sunny.

“Especially through much of the Mediterranean as well.

“But although we’ve got more wet and windy weather heading towards the UK, the first area of cloud and rain just moves its way further east.

“It will move a little bit further south as well.” 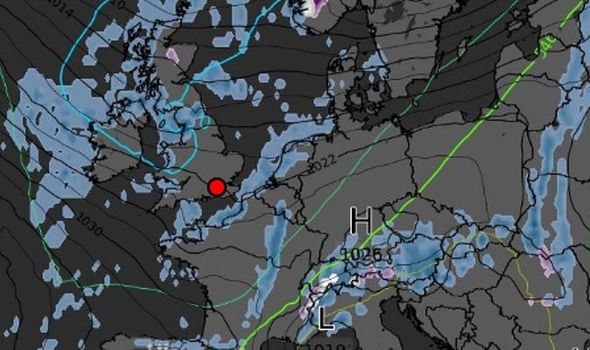 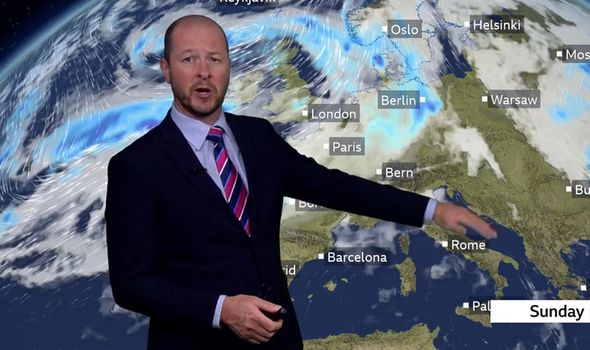 He continued: “It’s still largely dry through the eastern side of the Mediterranean.

“But as you move northwards into the Black Sea, here we’re going to find some rain which could be heavy at times.

“That’s going to be affecting Bulgaria and Romania into Ukraine and perhaps even into Belarus as well. 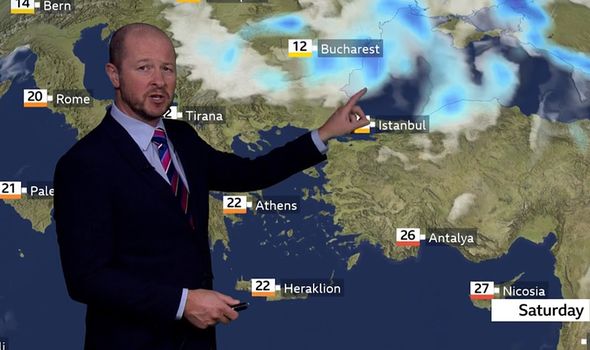 The BBC presenter added: “The next spell of wet and windy weather will come towards Norway, and eventually into Sweden as well.

“Into the second half of the weekend, the wetter weather will move away from Bulgaria and Romania.

“But more wind and rain will sweep across the Ukraine heading into Scandinavia, and generally across northern parts of Europe.” 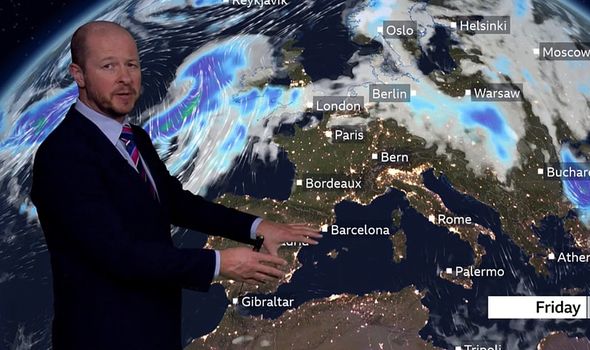 Mr Bett told viewers: “There will still be dry weather towards the south.

“In the likes of London and Paris, this wet and windy weather is going to be mild, although it could be disruptive.

“With high pressure building in next week, it turns drier and also cooler.

“The rains will move down towards Iberia by this stage.

“You can see a similar sort of process as it dries off in Berlin, and eventually in Oslo, where those temperatures will be falling.”