BBC Weather’s Nick Miller has forecast high pressure in Europe to bring more settled weather ahead of Thursday’s weather systems. He said Italy should also expect to see one or two storms. Meteoalarm has a yellow weather warning in place for fog across parts of Germany, Belgium and eastern Europe.

“Weather turning more active though as we look at the forecast across the UK as we see some wetter and windier weather pushing into western areas.

“Pressure is low on the eastern side of the Meditteranean. 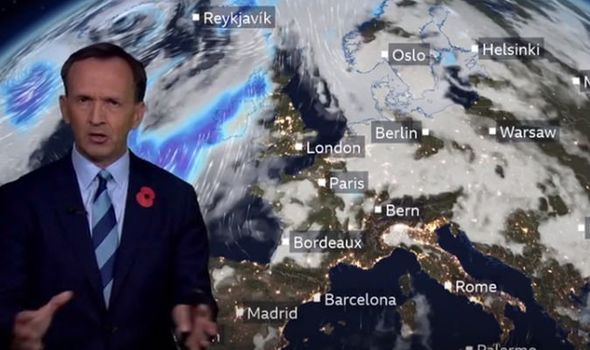 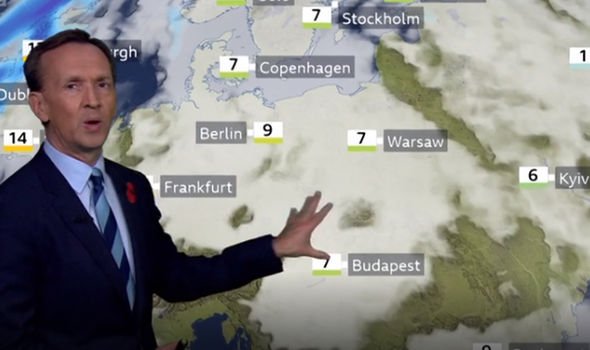 “This is where we are getting a few showers and storms here affecting parts of Greece.

“Northwards though you see large swathes of cloud and fog in places.

“On Thursday, we are seeing one weather system pushing into Scandinavia but another one bearing down on the UK.

“And one or two storms in Italy.” 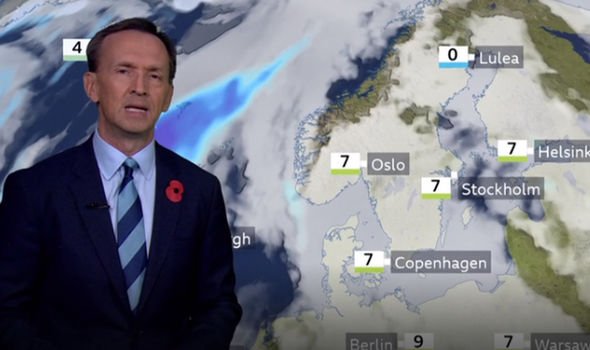 Discussing the weather conditions from Wednesday onwards, BBC Weather’s Carol Kirkwood said: “Tomorrow we start off with some brightness in the east, when the fog lifts.

“But it won’t last long. Already, we’ve got the cloud and the rain advancing towards the east. Just ahead of this there’ll be gusty winds.

“This is going to be a band of rain, windy around it and also just behind it too.

“And it will take its time before it, eventually, makes it over towards the east.” 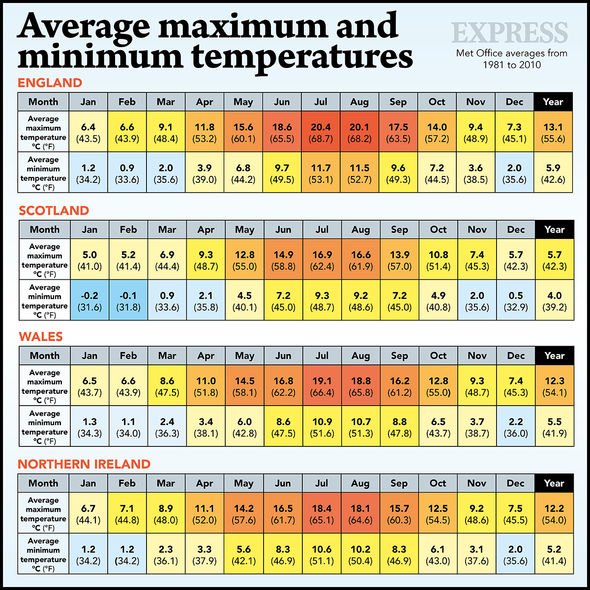 “However, we can already see the next system waiting in the winds, bringing thicker cloud, stronger winds and also some rain.”

BBC Weather has warned November will be highly influenced by winds from the southwest and will keep conditions milder than the average this time of the year.