An Arctic blast has gripped Europe this weekend, as temperatures plummet across the continent. Parts of Europe are facing up to 40cm of snow, according to the latest BBC weather forecast. BBC meteorologist Chris Fawkes warned that disruptive weather could take hold across the entire continent, from Scandinavia to Spain as well as Greece and Italy.

Mr Fawkes told BBC viewers: “We have heavy rain and strong winds heading across into Norway this weekend.

“Around 60 to 80mm of rain will arrive. Some of that coming down as freezing rain initially, so there is an added hazard of icy stretches.

“Over the mountains there will be significant falls of snow. Between 20 to 40cm of snow in places. So some unsettled weather here.

“We have some fairly strong winds affecting eastern Spain, across the Balearic Islands, with gusts of up to 60 to 70 km/h. There will be some thundery showers around here.” 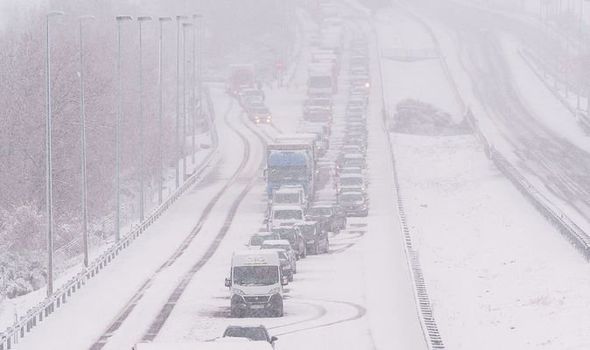 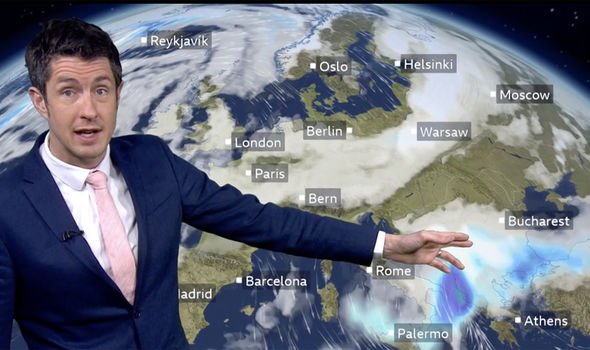 He warned that Italy and Greece face a risk of thunderstorms as well as another snow warning.

Mr Fawkes explained: “We also have some thunderstorms moving across southern areas of Italy into Greece, with some snow in the mountains of northern Greece and across into Albania as well.

“So there is the risk of some disruptive weather here as we head through the weekend.

“Eventually we will start to see the rain arrive across the north-west of Turkey. So some wet weather on Sunday in Istanbul, at around 10C. 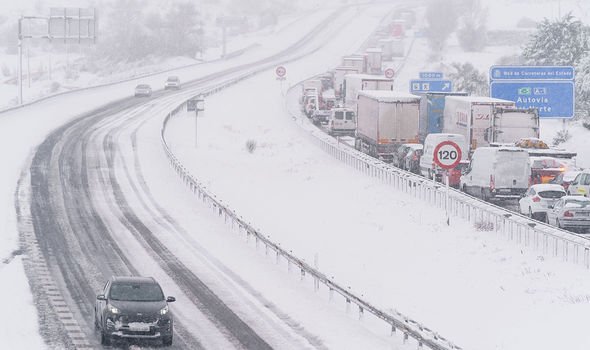 “There will be some sunshine for western and southern Spain, and into Portugal as well. Around 17C will be the top temperature in Lisbon.

“We have some snow in the forecast pushing across Latvia, Lithuania, Estonia and eventually into Russia.

“Over the next few days it is settling down in Madrid and turning much milder into next week, with temperatures lifting into the low-20s.” 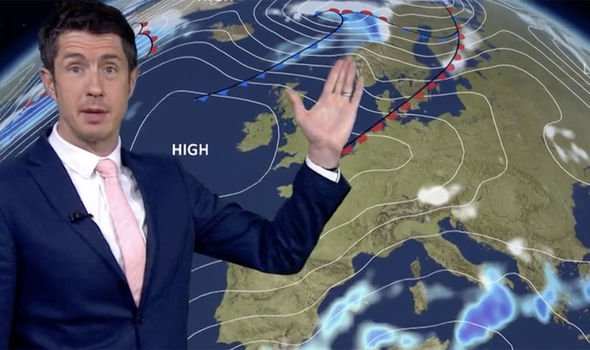 This comes as an earlier BBC weather forecast showed Britain could experience some “early summer weather” this weekend.

BBC Weather forecaster Matt Taylor noted that Britain was seeing sparks of early summer with warm temperatures of around 17C.

He noted that Britain saw one of the highest temperatures throughout Europe on Thursday due to the high pressure.

He added going into the weekend, Britains could expect the temperatures to remain in the mid-teens albeit with more cloud than sunshine.