Matt Taylor told BBC News that while warmth remains in Spain and Portugal, Britain will remain cool over the weekend and into next week. The BBC Weather meteorologist added that he expected the wet conditions to continue in the UK over the weekend. He said “downpours” would sweep across the country.

Mr Taylor said: “You cannot have missed it, temperatures have been pretty cold this May.

“In fact, temperatures are around two degrees below where we should be.”

He added: “Over the next five days not a huge amount is going to change.

“Warmth remains across Spain, Portugal and parts of Eastern Europe but we [the UK] stick in the blues. 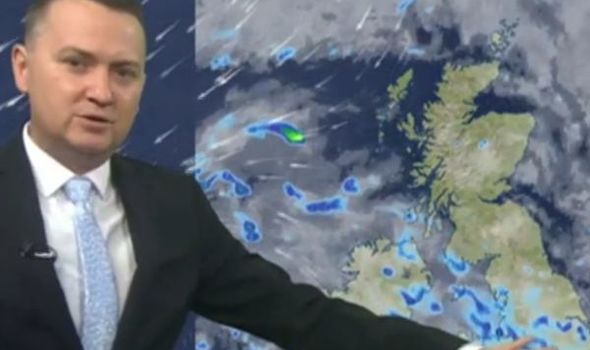 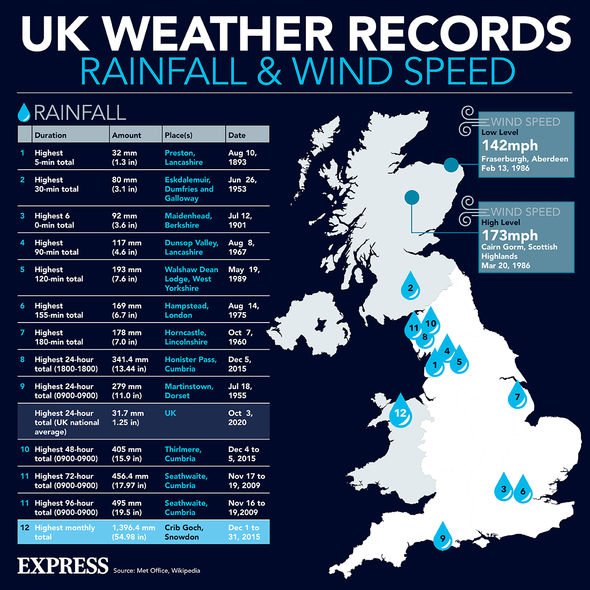 “So if you are after something warm, it is not with us yet.

“To go with those cool conditions we have seen some wet weather and more to come today.

“There will be some more downpours around and we have already got some wet weather to start your Saturday.”

The BBC’s long-range forecast for this month between May 17-23rd outlined areas of pressure and low temperatures gripping the nation.

The BBC Weather forecast stated: “Heading into late May, we expect low-pressure overhead to gradually get pushed away to the north and northeast for a time.

“High-pressure building in from the southwest will tend to dry things out, but also promote more northerly winds.

“These winds will tend to keep thing temperatures a bit below average, so we aren’t quite finished with our unusually cold spring.

“This pattern change should be gradual, so the start of the week may still be a bit unsettled with some scattered afternoon showers as low pressure remains nearby. However, the end of the week is expected to trend drier with the cooler air lingering as high pressure builds in. 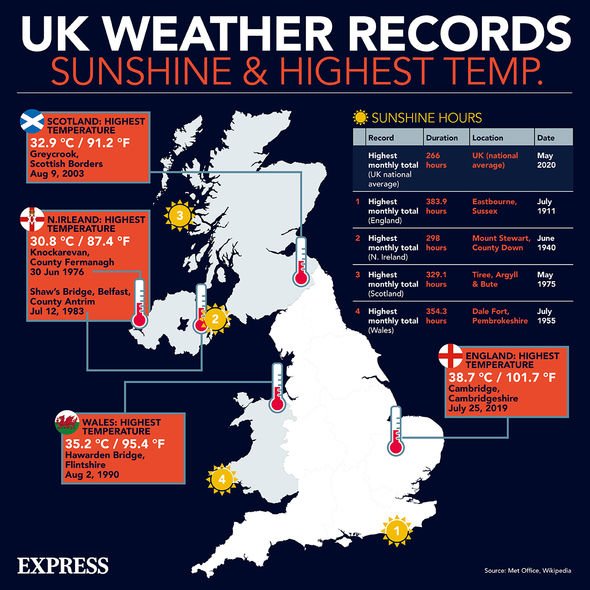 “We have medium confidence in the large-scale pattern, but lower confidence on the exact temperatures, which are still proving a bit tricky to pin down.

“If low pressure drifts east early and stays nearby a little too long, we may see a colder end to the week than expected.”

The forecast added: “Additionally, there is a chance, perhaps 30 percent, that high pressure instead builds north of Europe, allowing a low to develop to the south.

“This would bring some warmer, wetter weather to southerly areas.”