BBC Weather forecaster Louise Lear said Europe would be losing the record-breaking temperatures over the next few days. She said heading into the weekend countries can expect dry and warm weather. However, into the new week, a new weather front will force temperatures down and bring stronger winds.

Ms Lear said: “We have seen some record-breaking unseasonable warmth across central Europe in recent days.

“But there are signs of things changing with this cold front that is moving through.

“You can see it is driving slightly fresher air, windier weather conditions across Scandinavia and behind it they will moderate temperatures just a touch.”

The BBC Weather forecaster noted that before this new weather front arrives the warm weather will continue. 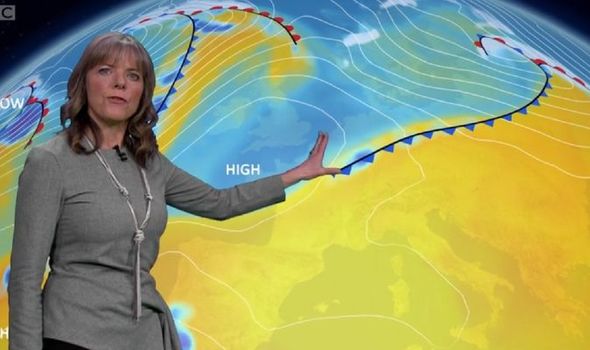 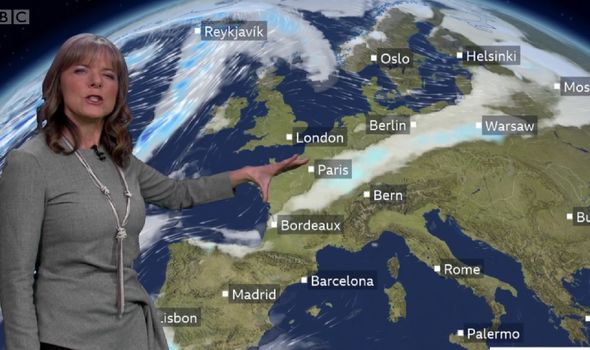 However, by the end of the weekend, temperatures are expected to have fallen for the new week.

Ms Lear continued: “Ahead of this weather front we have still got some warmth.

“It will be pushing that warmth a little bit further east into western areas of Russia.

“On Friday there is still going to be a good deal of dry and warm weather to go with it. 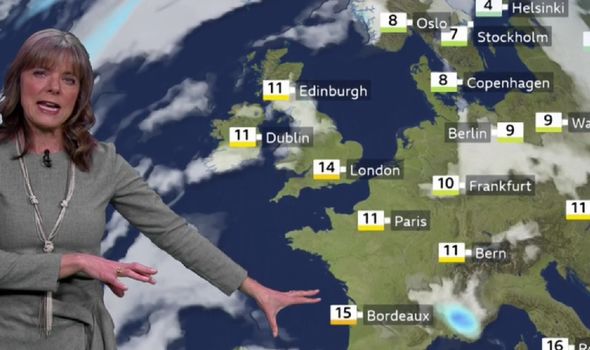 “On Friday into Saturday, we will see that weather front weakening as it sinks its way steadily south and east.”

Over the weekend, in parts of south-east Europe temperatures will remain in the high teens whereas others will see a drop to the low teens.

It is also expected to be sunny and dry throughout. 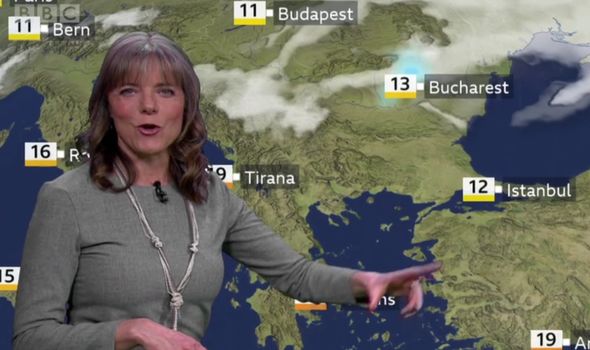 The weather forecaster continued: “There will be some isolated showers in France.

“It won’t be quite as warm in northern parts of Germany, France or parts of Scandinavia.”

The warm weather will remain in some cities like Paris and Rome for most of the weekend.

However, elsewhere in central Europe, there is an expectation that temperatures will fall to the low teens.