BBC Weather meteorologist Chris Fawkes warned viewers that across northwest Europe, there is a cold front working in at the moment. The weather presenter noted that a large area of cloud is bringing outbreaks of rain and some fairly strong winds. Much cooler air is spreading into these northwestern areas of Europe.

Mr Fawkes said: “We’re going to see rain at times. There’ll also be strong winds as we head into the weekend, particularly around some of our northern coasts.

“For example, the north coast of France and into Belgium as well.

“Temperatures to the southeast of that line are actually doing okay.

“It will be 29C in the sunshine in Antalya.” 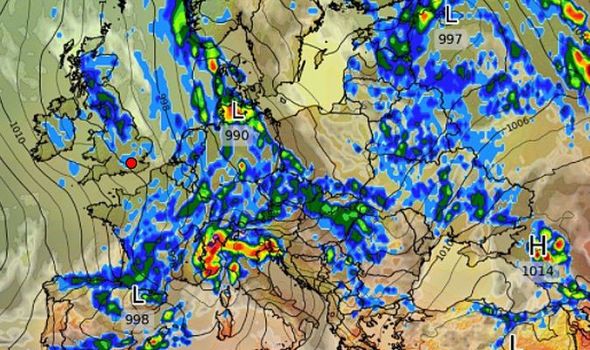 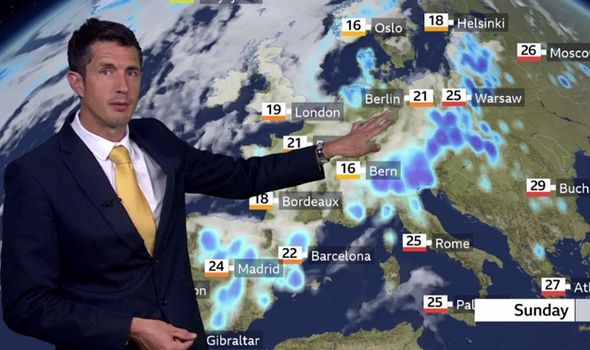 “However, in this area, we are likely to see some scattered thunderstorms developing, particularly Saturday afternoon and evening times.

“For northwest Europe, temperatures are a lot lower.

“Cloudy skies with outbreaks of fairly persistent rain with southern Norway, Sweden and, at times, Denmark.” 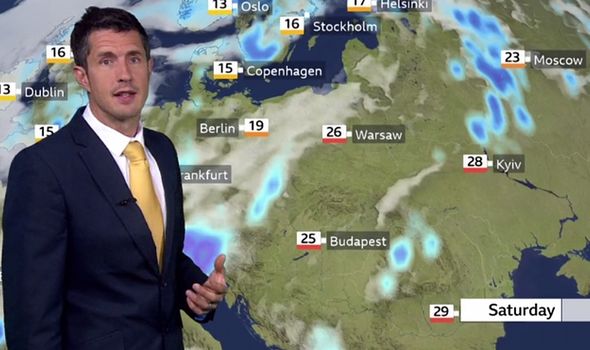 The BBC presenter added: “There’ll be some strong winds pushing into the coast of Belgium and northern France.

“Now it stays pretty windy on Sunday with further showers extending their way eastwards with time.” 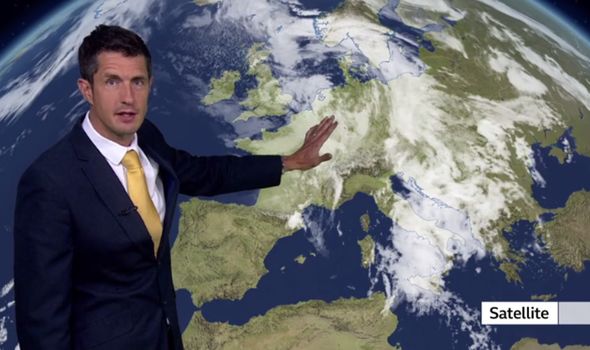 Looking ahead, Mr Fawkes told viewers: “21C with the risk of storms in Berlin.

“In Warsaw, it will be 25C with some heavy thundery rain working in as well.

“In Madrid, it’s set to get quite a lot cooler and fresher as we head into next weekend.

“But there will be a lot of dry weather with showers clearing after the weekend. Kyiv stays warm and sunny with temperature highs of 20s to low 30s.”