Home » World News » BBC Weather: Warm 20C air to sweep across Europe – continent ‘hotter than it should be’

BBC Weather forecaster Ben Rich said that temperatures would spike in Europe as warm air moves in this week. This could result in temperatures as high as 20C in Berlin as central and western Europe benefit most from the warm conditions. He noted that there will be some patches of rain but much of Europe will remain dry and sunny.

Mr Rich said: “There is real warmth spreading across western and central parts of Europe over the next couple of days.

“It is going to feel like spring, we have got high pressure centred right across the heart of the continent.

“It will be pulling warm air across Iberia and France towards the southeast of the UK and parts of Germany as well.

“Looking at the temperatures across Tuesday afternoon and we are getting up to the high teens. 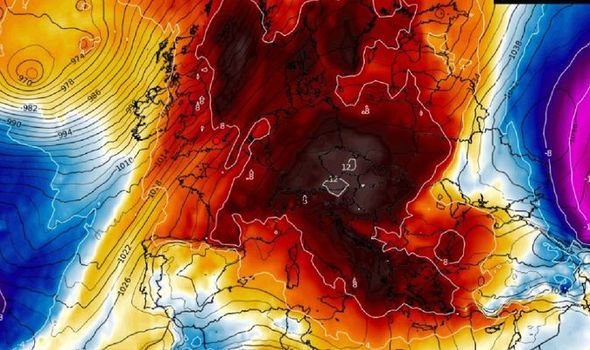 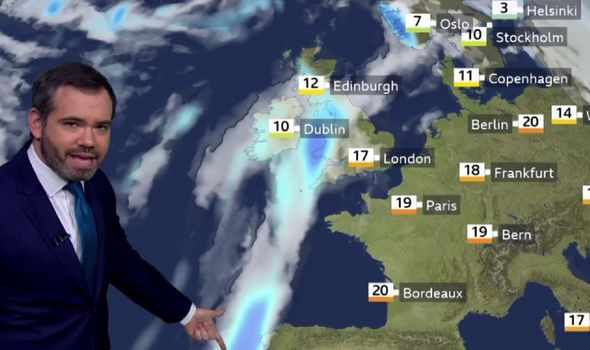 “We have got Paris and even Berlin up to 17C on Tuesday, that is way warmer than it should be for this time of the year.”

The BBC Weather forecaster noted that there will be some rain and fog in parts of Europe but this will be few and far between.

Despite this, it will likely give way to sunshine and sunny spells are expected throughout the continent.

He continued: “As we move from Tuesday to Wednesday we will see some patchy fog in central Europe, some of that could be dense. 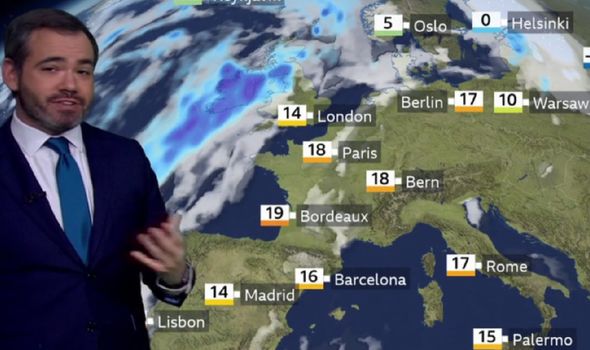 “We will see plenty of sunshine through much of the continent.

“There will be some cloud drifting into parts of Turkey, it will be just 9C in Istanbul as well.

“On the other side, you can see it is fine in Madrid with 15C and Lisbon getting up to 18C.”

The BBC Weather forecaster noted a change in wind direction will cause a slight dip in temperatures but won’t impact most places in central Europe. 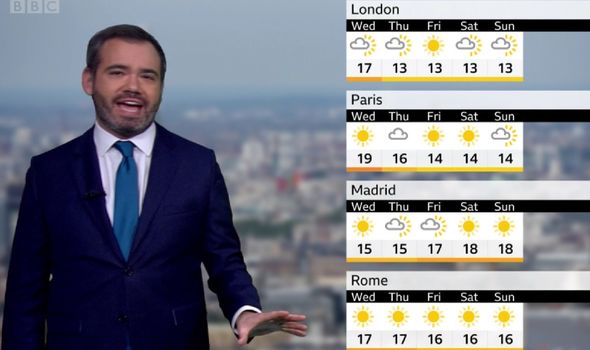 “As we look further ahead a slight shift in wind direction will chill things down.

“This will apply mostly to London and Paris but temperatures still well above where they should be for this time of year.

“Berlin could touch 20C on Wednesday and will be cooling off as we head to the end of the week.”