BBC Weather forecaster Helen Willetts noted there is a wind weather warning for Sweden in effect. These powerful gales will spread through Europe and cause temperatures to fall slightly. Despite this, it will remain dry and temperatures will be in the mid-teens for most of next week.

Ms Willetts said: “There are orange wind warnings out for Sweden.

“It is going to remain quite windy for Scandinavia and you can see those tightly packed isobars pushing in rain and some snow here.

“We are also seeing the cool northwesterly breeze bring the temperature down in the Balkans into Greece and Turkey.

“The weather system will be bringing some mountain snow here as well.” 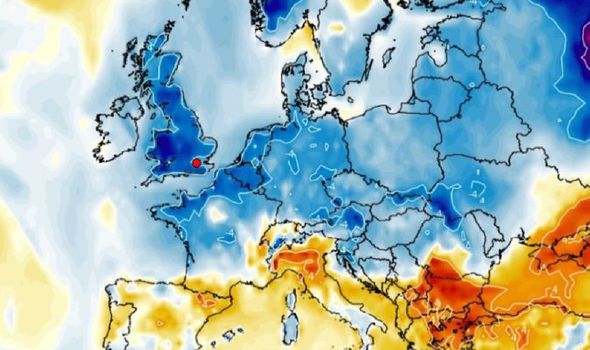 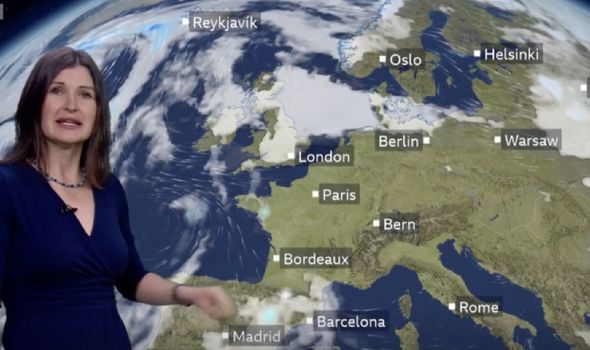 The BBC Weather forecaster noted temperatures across central Europe will remain in the mid-teens.

Much of this area will also see sunshine and dry spells in the new week.

However, mornings will likely be icy and frosty.

Ms Willetts continued: “Temperatures still remain a bit above average, it just isn’t as warm as it was before. 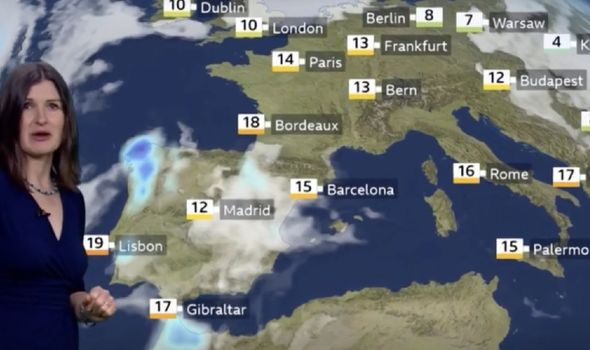 BBC Weather: Europe to be hit by snow and low temperatures

“Things are feeling a little bit warmer across Iberia but you can see there are some showers around as well.

“There will be one or two showers around the Cyprus region and in Turkey as well.

“Perhaps, for the Balkans, there will be one or two showers, especially for Greece.

“There is also some strong and gusty winds across the Balkans and around that area of high pressure.” 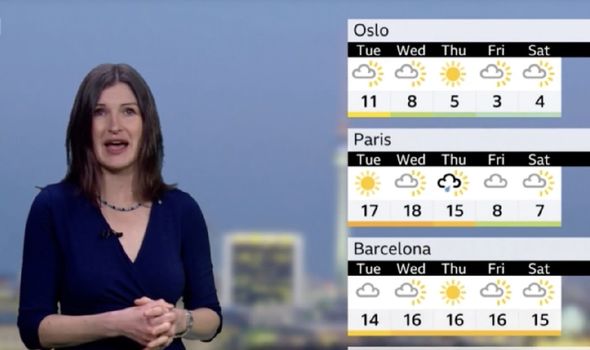 Ms Willetts noted despite the showers, there will also be sunshine in parts of south-west Europe.

She continued: “The wind direction will warm things up later in the week across Iberia.

“You can see some showers here and showers into the north-west of Africa and will be pushing northwards.

“For many parts of Europe, we will have morning frost and fog.

“That is going to be an issue because it takes time to clear at this time of the year though the sun is getting stronger.”