BBC Weather forecaster Stav Danaos said Europe will see a decrease in temperatures following the hot weather across the continent this week. He said a new cold weather front is set to move across Europe and bring heavy rain and thunderstorms. This will impact much of central Europe over the weekend and into the new week and result in temperatures just above 20C for many countries.

Mr Danaos said: “It is the heat that has been making the stories across Europe the last couple of days.

“We saw searing temperatures across the south east England and parts of northern France in the last 24 hours.

“But as a cold front moves in we can expect a drop in temperature and to see some pretty violent thunderstorms with some very large hail and lightning, particularly across central-eastern France.”

The BBC Weather forecaster went into detail about how this weather front would impact central Europe over the weekend into the new week. 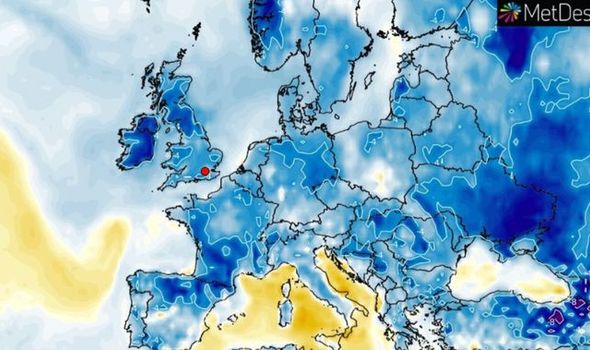 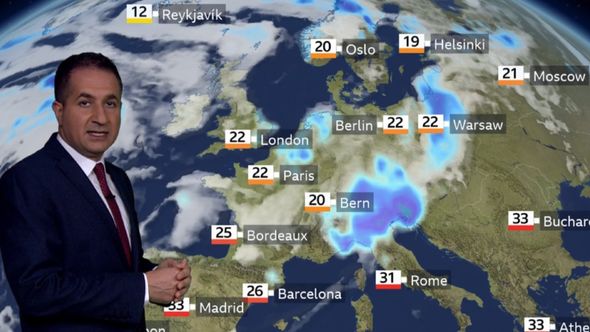 He said: “That cold front will continue its journey eastwards and will be pushing into the hot weather across Germany into the Czech Republic.

“For Sunday there will be some pretty ferocious storms there.

“Hot dry and sunny summer weather across the eastern Mediterranean in towards Greece.

“With that heat in place, the central parts of Europe will see some really ferocious thunderstorms and lightning on Sunday. 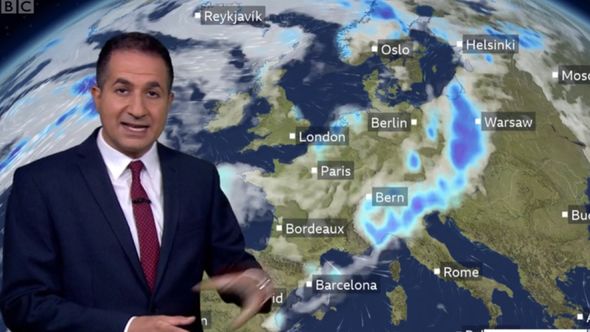 Scandinavia will see temperatures increase slightly over the weekend with some areas seeing more rain.

As we head into the new week, that wet weather front will push further eastwards and impact parts of eastern Europe.

Mr Danaos continued: “On Monday that cold front will be spreading into Eastern Europe.

“There will be some heavy rain and some of it will be thundery at times. 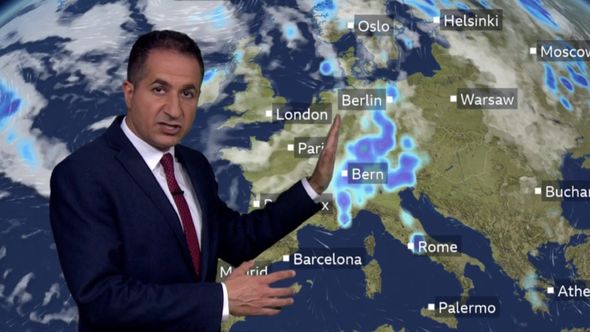 “Much cooler and fresher conditions behind that cold front as temperatures back closer to the seasonal average.”

For London and Paris, the week will begin with temperatures just above 20C at 22C.

As the week progresses these temperatures are expected to increase and both cities have 30C days forecasted.

Both Madrid and Rome will maintain their hot temperatures with the Spanish city seeing temperatures just shy of 40C.