The inclement conditions will continue into next week as the March misery rages on, according to the latest BBC Weather forecast. There is a risk of snowmelt sparking travel chaos on the road at the weekend. But temperatures look set to improve and become milder as Britons head into the working week.

Commenting on the conditions, BBC Weather meteorologist Darren Bett warned cloud coming in from the Atlantic would threaten heavy downpours at the weekend.

He said: “It is all change again. We have got no named storm this weekend which is good news.

“But there is more rain and some snowmelt and that could increase the risk of some further floods.

“Now we aren’t seeing as much sunshine as we saw yesterday.” 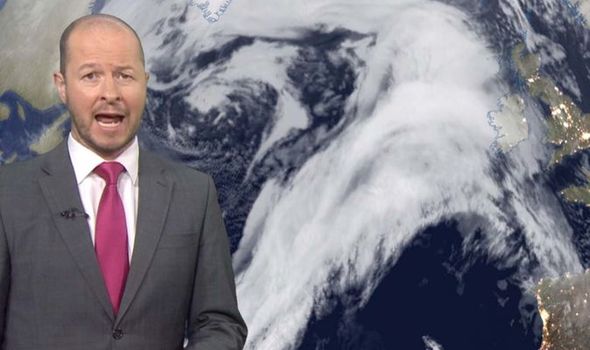 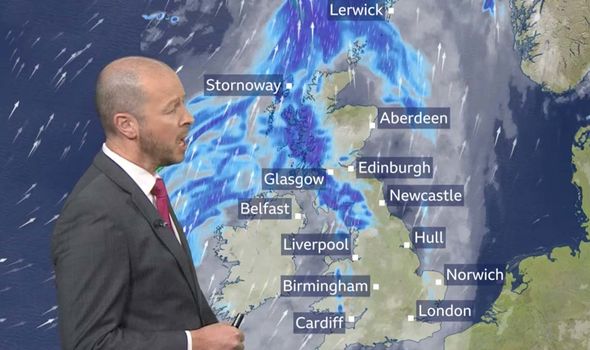 Referring to his weather chart, he said: “We have all this cloud coming in from the Atlantic.”

He went to on to advise the Atlantic front would bring “most of the rain” much of which has “already arrived”.

The weather expert said: “That rain will make its way eastwards overnight and should have cleared away really by Sunday morning”.

Sunday will bring “fresher and cooler air” and more sunshine across the country, Mr Bett predicted.

He said: “It has been quite cold this morning across some eastern parts of England with a frost.

“That is slowly lifting but temperatures are slow to rise across this part of the UK.”

The “wettest of the weather” is going to be in western Scotland, according to Mr Bett.

The weather reporter said: “For all of us the winds will be freshening through the day.”

DON’T MISS
Coronavirus: Will the outbreak end in warmer weather? [CORONAVIRUS]
UK snow forecast: Arctic winds to engulf Britain before snow strikes [SNOW FORECAST]
London snow: When will it snow in London? Will it snow near me? [LONDON WEATHER] 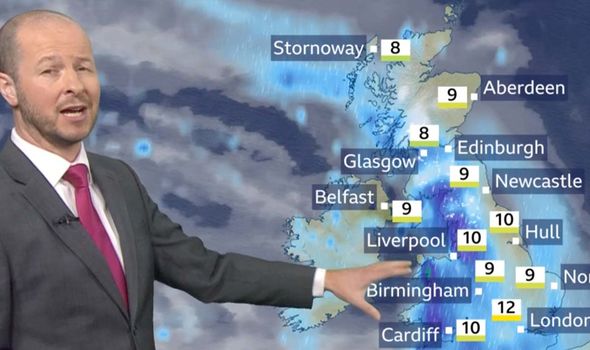 But the winds will bring milder air with them, according to the BBC meteorologist.

Looking ahead to the start of the working week, Mr Bett warned thee was “another system streaming in from the Atlantic”.

He said: “A strong jet stream is piling that our way.

“In the west on Monday morning, it is going to be turning wet and windy.”