LONDON (Reuters) – People could get a drink in a pub, have a meal in a restaurant or get a haircut for the first time in over three months on Saturday as England took its biggest steps yet towards resumption of normal life. 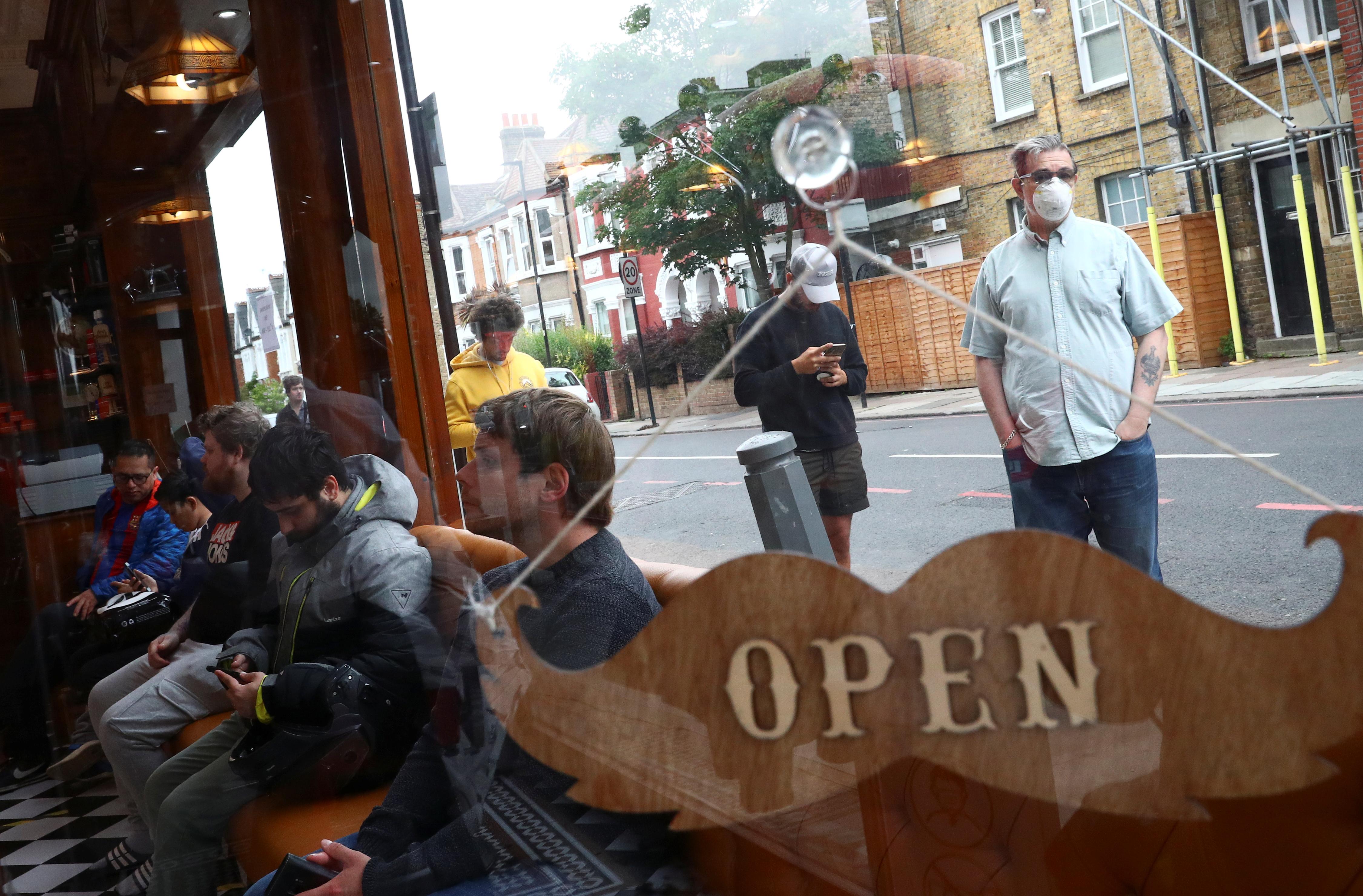 Pubs were allowed to start serving from 6 a.m., sparking worries of over-indulgence on what the media dubbed a “Super Saturday” of coronavirus restrictions being eased. Some hairdressers were reported to have opened at the stroke of midnight.

The Holland Tringham pub in south London, part of the JD Wetherspoon (JDW.L) chain, opened at 8 a.m. and was about three quarters full by 11.20 am.

“It’s beautiful just to get back and have a pint,” said Jim Martin, a 56-year old carpenter.

Julie Scott, a 43-year-old teacher, was there with her family for drinks and food.

“I think it’s just where everyone gets to socialise and catch up with people that they haven’t seen…it’s nice to just get together,” she said.

Others complained that the lockdown, which began in late March and has been gradually eased in recent weeks, had lasted too long.

“It’s about time they opened them up,” said pensioner Ron Lock.

Police chiefs are worried the reopening of pubs could fuel drunken and irresponsible behaviour, while hospitals have been warned to prepare for a New Year’s Eve-style weekend.

“There’s an element of decompression going on, particularly with younger people who’ve had some very responsible parents keeping them in over recent weeks,” Marc Jones, Police and Crime Commissioner for Lincolnshire, told BBC radio.

Britain has been the European country worst hit by the coronavirus, with more than 300,000 infections and an official death toll of 44,131. Prime Minister Boris Johnson’s government has faced criticism from the opposition over its handling of the pandemic – including locking down later than some other parts of Europe.

The Sun newspaper predicted that 15 million pints (8.5 million litres) of beer would be sunk in England on Saturday, though some pub-goers may be deterred by the unsettled weather.

In another relaxation of lockdown rules two households can now meet indoors as long as social distancing is maintained, and overnight stays are allowed.

The rule changes apply only to England as the devolved nations in the United Kingdom – Wales, Scotland and Northern Ireland – have been setting their own timetables for easing lockdown restrictions.

Johnson called on people to behave responsibly and respect social distancing regulations as the risk of a resurgence of coronavirus remains. Mindful of an economy that has taken a hammering because of the lockdown, he also stressed the importance of supporting businesses.

“The success of these businesses, the livelihoods of those who rely on them, and ultimately the economic health of the whole country is dependent on every single one of us acting responsibly,” he said at a news conference on Friday. “We must not let them down.”

Pub-goers will find the atmosphere rather different from the usual Saturday-night scrum. 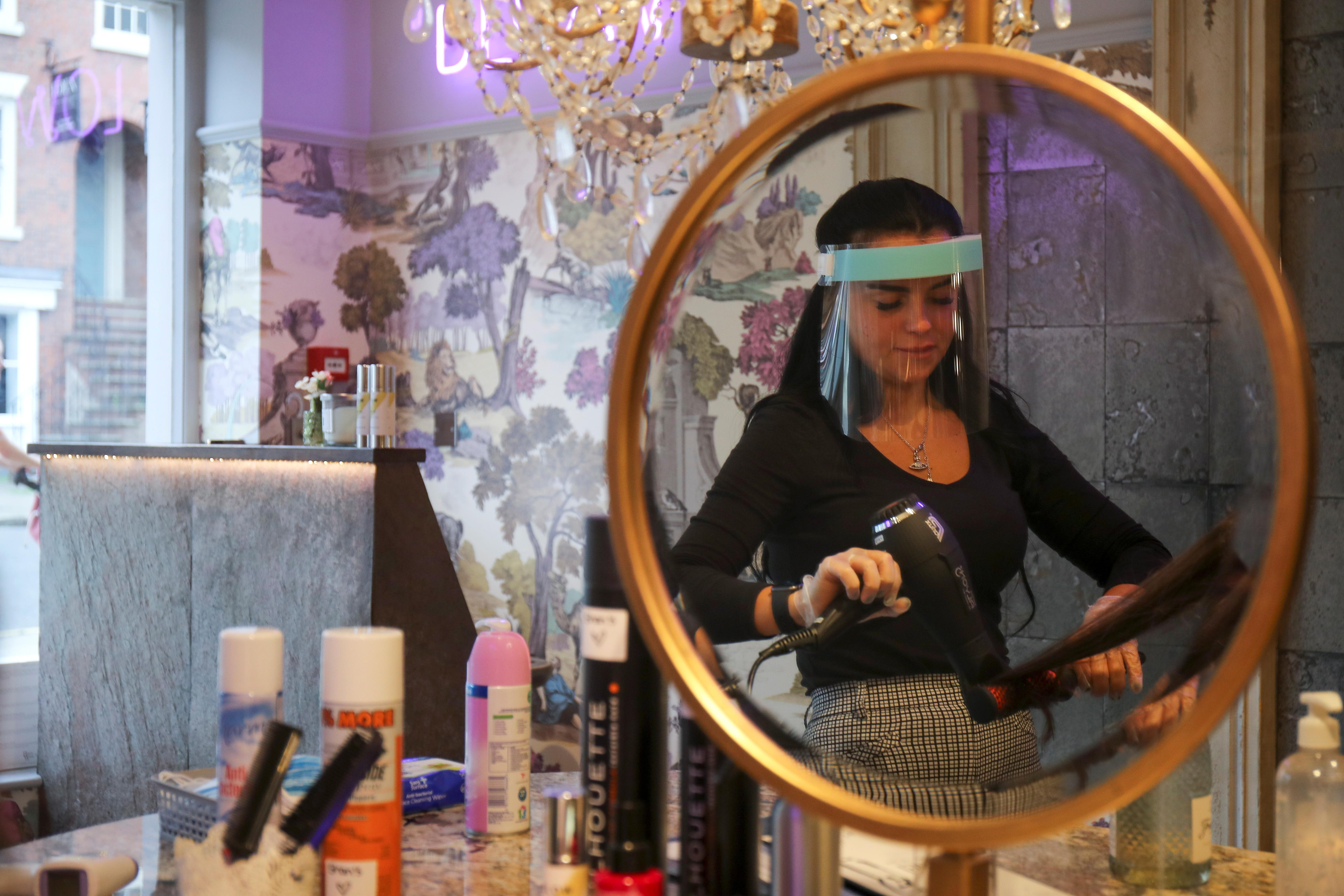 Numbers are limited, no one can stand at the bar and there will be no live music. Patrons will also have to give their details to allow tracers to identify them if anyone later tests positive.

Wetherspoons, which is one of the UK’s biggest chains, said it had invested 11 million pounds ($13.7 million) in safety measures.

It is not taking bookings, but said at busy times numbers would be controlled by staff.