Beirut was rocked by a huge explosion on Tuesday, with shockwaves rippling across the city – causing roads to crack, buildings to crumble and more than 4,000 to be injured. The devastation has been likened to a war zone, with rubble littering the streets and smoke heavy in the air.

The explosion came from warehouses close to central Beirut, where it is believed explosive material – including ammonium nitrate – was stored.

A fire broke out first, followed by the powerful explosion which was captured on video.

Officials did not say what caused the blaze which set off the blast, however a security source and media said it was started by welding work being carried out on a hole in the warehouse.

Beirut’s mayor, Jamal Itani, said while viewing the damage today that he estimated it would cost billions of dollars to repair the city.

Read More: What caused Beirut explosion? What is ammonium nitrate? 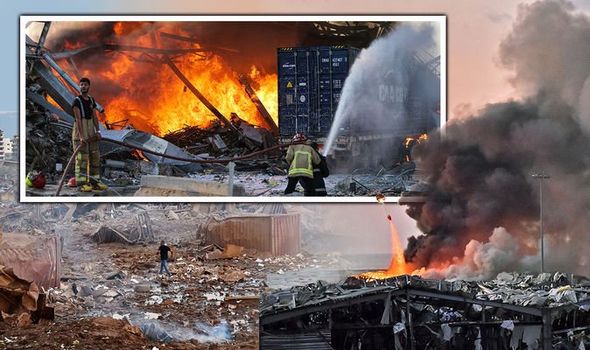 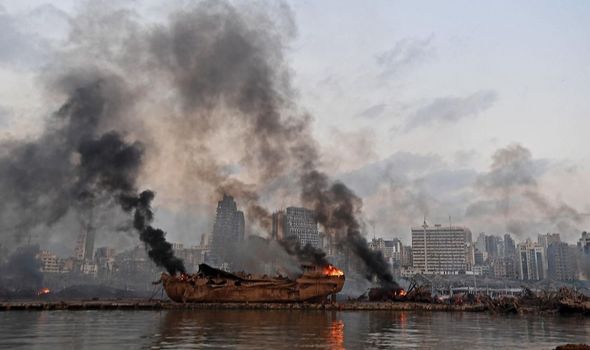 He said: “It’s like a war zone. I’m speechless. This is a catastrophe for Beirut and Lebanon.”

The blast was so large it was heard throughout nearby Cyprus, which is located 100 miles (160 km) away.

The blast for many has triggered memories of the 1975-90 civil war and its aftermath, when Lebanese endured heavy shelling, car bombings and Israeli air raids.

Huda Baroudi, a Beirut designer said: “The blast blew me metres away. 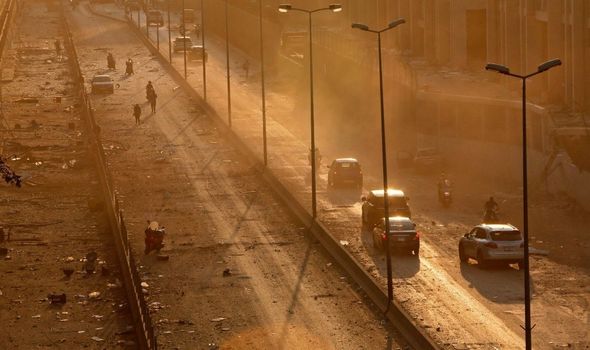 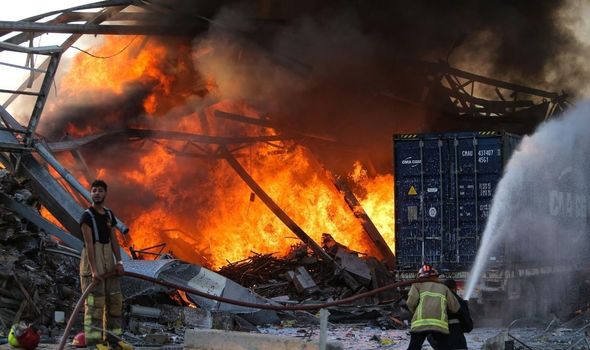 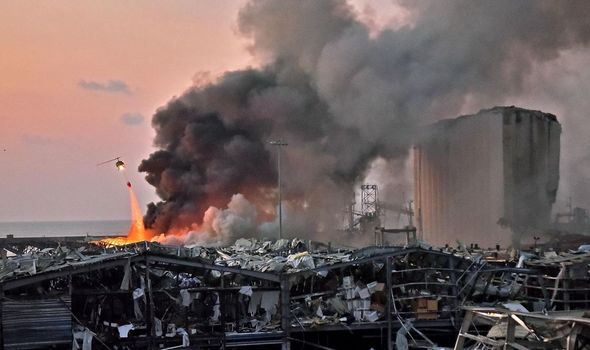 “I was in a daze and was all covered in blood. It brought back the vision of another explosion I witnessed against the U.S. embassy in 1983.”

Pictures of the aftermath show rubble covered streets, cars smashed and smoke still rising from the direction of the warehouse.

Windows have been shattered, shops and homes severely damaged and fires burned immediately after the blast.

Emergency services can be seen helping those injured, with many bleeding from the force of the blast.

Officials said they expect the death toll to rise further after the blast, with emergency workers having to dig through rubble to rescue people and remove the dead.

This is the most powerful explosion in years to hit Beirut, a city already struggling with an economic crisis and increase in coronavirus infections.

Prime Minister Hassan Diab promised there would be accountability for the blast at the “dangerous warehouse”, adding “those responsible will pay the price”.

Footage of the explosion posted on social media showed a column of smoke rising from the port, followed by an enormous blast, sending a white cloud and a fireball into the sky. 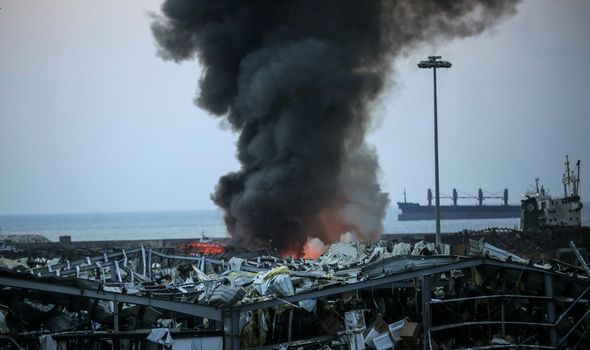 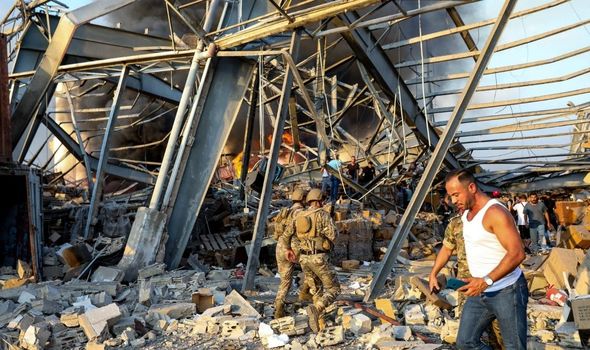 Those filming the incident from high buildings one mile from the port were thrown backwards by the shock.

The head of Lebanon’s Red Cross, George Kettani, said at least 100 people had been killed.

He said: “We are still sweeping the area. There could still be victims. I hope not.”

Some residents believed an earthquake had struck, with buildings having shook with the force of the blast. 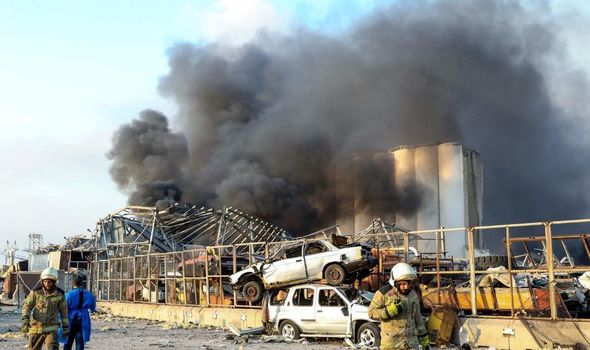 A British woman living in Beirut described seeing a “glowing red cloud and plume of smoke” after an explosion rocked the city on Tuesday.

Claire Malleson, from Dorset, has been working for the American University in the city for two years and was jogging around campus at the time.

She told the PA news agency: “I just felt this enormous explosion – I thought it was somewhere on campus because it felt a lot closer than the three miles away.

“I could see damage to the buildings near me and a glowing red cloud and a plume of smoke.

“I couldn’t really move, I was rooted to the spot.

“My first thought was to go to a phone and call my parents, in case they saw a newsflash. I found my way back to one of the campus apartments.

“Everyone was walking in a daze. As soon as I got near the campus housing buildings, I could see there was panic.

“Everyone was saying they felt earthquake-like shakings and buildings had been shaking before the explosion.”