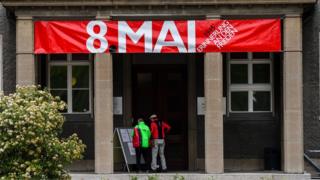 Berliners have been given an unprecedented public holiday on Friday, to mark the end of World War Two but also liberation from Nazi rule.

Not since reunification has a German city acknowledged 8 May as a day of liberation and some Berliners are unaware of the date’s significances.

A street party and several events have been cancelled because of the coronavirus pandemic.

The holiday is one-off and is not being held outside Berlin.

But there are growing calls for a public holiday to be held across Germany.

What does 8 May mean for Germans?

For some, particularly in areas of the old West Germany, 8 May has long been associated with defeat in World War Two. Many families preferred to draw a veil over the period, both those who had suffered persecution as well as those who hadn’t.

In the areas of the old communist East Germany, 8 May was taught as “Day of Liberation” from the Nazi regime by the victorious Red Army. Post-war Berlin itself was divided into four sectors – the Soviets in the east and the US, French and British in the west.

In the latter years of the West German state, the date was also seen as marking liberation from the Nazi regime but nowadays more significantly as the rebirth of democracy.

The only national public holiday currently marking German history is 3 October, which celebrates the date of reunification in 1990.

“It’s the principles of democracy that we want to get across,” explains Moritz van Dülmen, whose Kulturprojekte is behind a number of events.

Although many of the plans for Berlin’s public holiday have been scrapped, including a street party, an open air exhibition and numerous events at museums, some projects will still take place online.

Chancellor Angela Merkel and President Frank-Walter Steinmeier will lay wreaths at Berlin’s memorial for victims of war and tyranny.

“We are also keen to reach a young audience, particularly those with a migrant background, who have little knowledge of German history,” Mr van Dülmen explains.

Remembering history, he argues, is more important than ever in light of recent deadly far-right attacks at a synagogue in the eastern city of Halle and a shisha bar at Hanau near Frankfurt.

Is the idea popular?

Talk to Berliners and many will not see the significance of 8 May as the end of the war, or even the surrender of Nazi Germany. Many only found out this week that Friday was a public holiday.

Hannelore Steer, who grew up in East Germany, sees the holiday as a good idea as she was used to seeing it celebrated many years ago.

Weng Yuen believes it would help people remember what had happened. “17 June used to be a public holiday in West Germany to remind us of the uprising in East Germany in 1953. That’s now largely forgotten particularly with a younger generation,” she told the BBC. 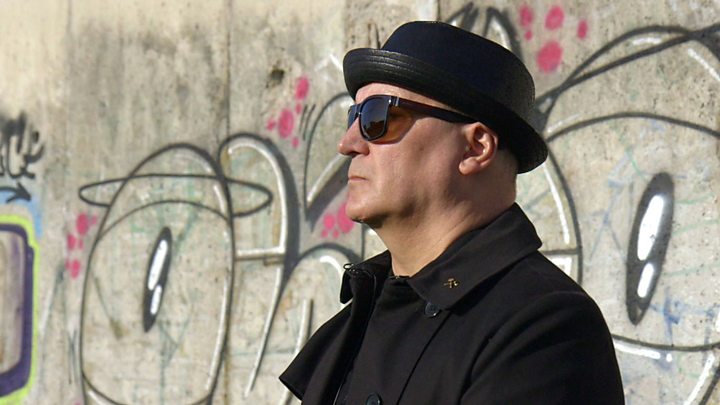 Berliner Tina Michael, who has two teenage sons, says that’s important as the history curriculum has recently been cut in German schools.

“As history and geography classes have been merged, a lot of material can’t be covered any more,” she complains.

Friday’s holiday has also been a subject for political debate.

Holocaust survivor Esther Bejarano, 95, wrote an open letter to Mrs Merkel and President Steinmeier calling for 8 May to become a lasting and nationwide public holiday.

She believes it could help Germans appreciate that 8 May 1945 was “a day of liberation and the crushing of the National Socialist regime”. Almost 100,000 people have signed a petition supporting the proposal.

Politicians including Katrin Göring-Eckardt from the Greens and Katja Kipping of the left-wing Linke party have backed her proposal. It was Die Linke that lobbied for the day to become a public holiday in Berlin.

Not everyone backs the idea. The far-right AfD party, which is the biggest opposition force in Germany’s Bundestag, is bitterly opposed to the holiday.

Co-leader Alexander Gauland sees 8 May as an “ambivalent” date, because while it may have meant liberation for some, it also represents the “absolute defeat” of Germany and the “loss of big parts of Germany”.

The day is being widely covered by German media, in an attempt to portray the broad array of experiences that Germans had as the war came to an end.