The timing could not be worse, with the global aviation industry facing its deepest ever crisis as a result of the pandemic.

Berlin Brandenburg Willy Brandt Airport (BER) is already looking for extra funds to pay its debts, which may prove to be a challenge given that passenger traffic is not expected to return to normal until 2024. 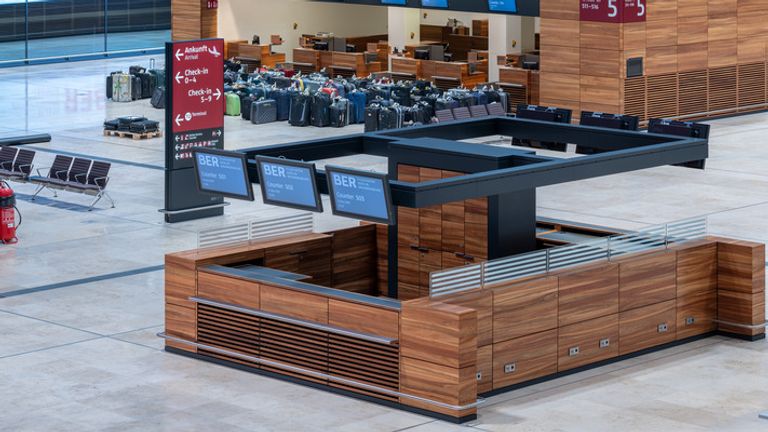 Chief executive Engelbert Luetke Daldrup told reporters last month that the delay in opening had made Berlin and Germany “a laughing stock”.

“We German engineers were ashamed,” he added.

He said there will be “no big party”- but the occasion will be marked by EasyJet conducting a parallel landing alongside a Lufthansa plane.

An A320neo aircraft will be flown by the UK’s largest airline from Berlin Tegel to the new airport.

Built on the site of Schoenefeld airport in former East Berlin, it was originally intended to be a symbol of a country united after the fall of the Berlin Wall in 1989. BER will replace both Schoenefeld and Tegel, another Cold War-era airport in former West Berlin.

It was named after the former West Germany Chancellor Willy Brandt, who opened relations with the eastern bloc in the early 1970s.

The project’s problems began in 2010 when the first opening was delayed because the construction planning company went bankrupt and stricter European safety regulations were introduced. 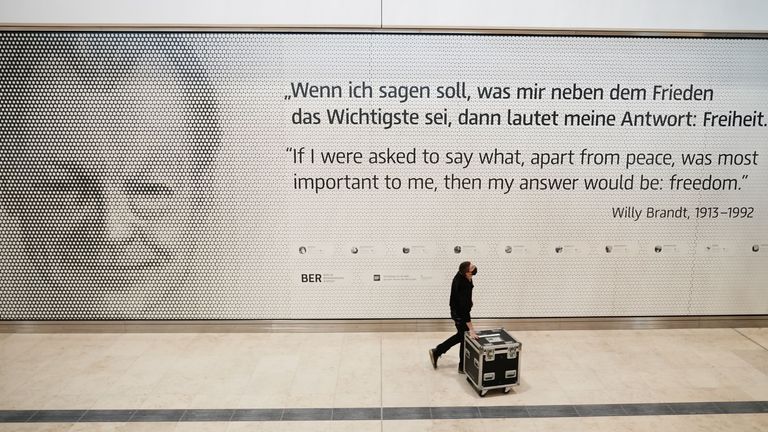 A fire safety system was found to be defective in 2012, which led to construction being paused.

An inauguration ceremony planned only a few weeks later with Chancellor Angel Merkel was abruptly cancelled.

A whistleblower who had called out corruption on the project was allegedly poisoned in 2016, launching an investigation by prosecutors. 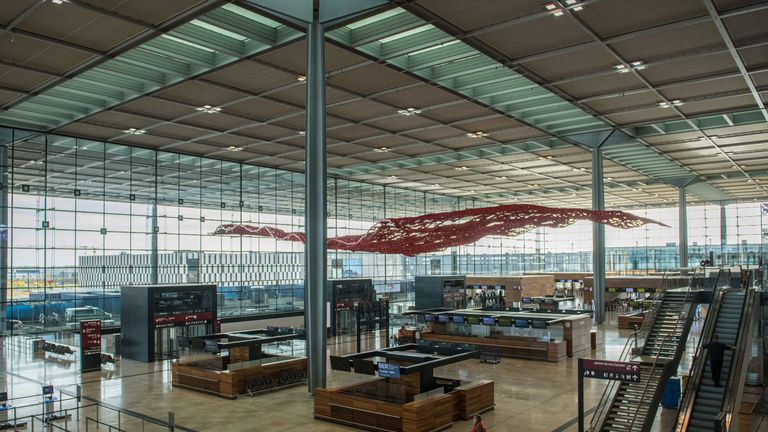 Faulty lighting systems, escalators that were too short, not enough space for lucrative shopping outlets – these were just some of the problems that plagued the project, described as “cursed” by some media outlets.

The city’s former mayor Klaus Wowereit was blamed for the budget overruns and later resigned over what he called his “biggest failure” after 13 years in power.

BER has four times more space than the small Tegel airport that will close next week, which suffered complaints of overcrowding, poor services and bad transport connections. It sits on top of a new railway station that will take passengers to and from Berlin city centre in minutes.

Ironically, the expanded passenger capacity of 55m may not be needed for the next few years given the drop in air travel.

The airport’s centrepiece is “Flying Carpet”, a 999-metre long red aluminium sculpture by the Californian artist Pae White which dominates the check-in hall.