Americans and the world continue to wait with bated breath to find out if it will be four more years of U.S. President Donald Trump, or if Democratic candidate Joe Biden has won the presidential election as officials in key battleground states race to continue to count remaining ballots.

Biden, who managed to hold on to historically Democratic regions and eke out wins in the key swing states of Arizona, Michigan and Wisconsin is sitting on the cusp of victory with 264 electoral votes as of 8 a.m. ET, according to a tally from The Associated Press.

Meanwhile, Trump is projected to have won 214 electoral votes, maintaining a number of Republican strongholds, and winning in Florida, Ohio and Iowa.

But now five days into the count, Trump’s hopes for securing a second term have started to fade, as Biden has slowly but steadily built his lead over the president in Georgia, Nevada and Pennsylvania — the remaining battleground states still too close to call.

By 8 a.m. ET on Saturday, Biden led Trump by 28,877 votes in Pennsylvania, with approximately 99 per cent of the vote reported.

Biden is also leading Trump by 22,657 votes in Nevada with 87 per cent of votes tallied, and by 7,248 votes in Georgia with approximately 99 per cent of ballots counted.

The Associated Press has projected Biden will win Arizona, meaning a victory in Nevada, Georgia or Pennsylvania will push him over the 270 electoral vote threshold needed to win the White House.

Meanwhile, Trump’s likeliest path to re-election has narrowed as the days drag on.

The Republican president would need to hang onto both Pennsylvania and Georgia and to overtake Biden in either Nevada or Arizona to secure the White House for a second term.

What has the Biden campaign said?

The former vice president called for calm while acknowledging the slow pace of the count “can be numbing.”

He added, though, that tallies “aren’t just numbers, they represent votes and voters.”

Biden said all votes will be counted adding “democracy works.”

Biden also expressed confidence that he would ultimately win the election.

“The numbers tell us a clear and convincing story: We’re going to win this race,” he said.

Biden is currently winning the popular vote by more than 4.2 million votes. The Democrat has amassed a historic 74.8 million votes, a number that continues to grow as more ballots are counted.

“We are going to win this race with a clear majority and the nation behind us,” Biden told the American public.

During his address, the former vice president also sought to lay the groundwork of re-unifying the nation after what has been a long and divisive campaign.

“We may be opponents, but we’re not enemies,” he said. “We’re Americans.” 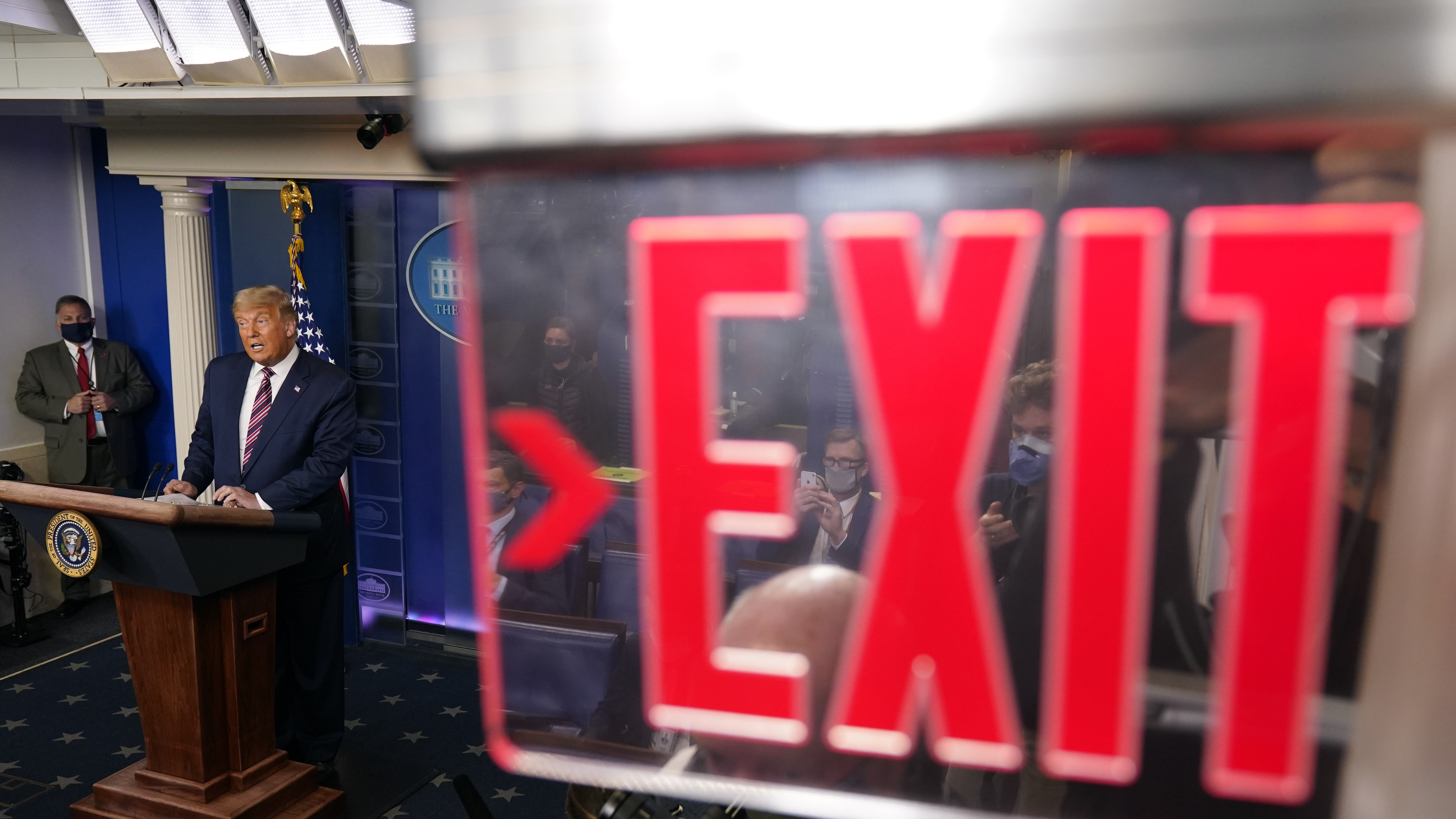 What has the Trump campaign said?

Trump’s campaign was mostly quiet on Friday — a dramatic difference from earlier in the week, when officials vocally projected confidence and held a flurry of press conferences announcing litigation in key states.

However, the Republican president took to Twitter late on Friday to pledge further legal action, tweeting that “Joe Biden should not wrongfully claim the office of the President. I could make that claim also. Legal proceedings are just now beginning!”

Biden has not claimed victory.

However, Trump did falsely claim that he won late Tuesday night despite many races being too close to call.

He also continued to sow doubt in the American electoral process, tweeting that he had “such a big lead in all of these states late into election night, only to see the leads miraculously disappear as the days went by,” although it was well known that votes cast before Tuesday were still being legally counted.

Since Tuesday, the Trump campaign has filed a handful of lawsuits in the key battleground states.

On Friday, Supreme Court Justice Samuel Alito approved a request from Republicans to separate late ballots from those received on or before election day.

Those ballots are still being counted, however, they are now being kept separate.

But judges in Michigan, Georgia and Pennsylvania have swatted down other legal action taken by the Trump team.

A federal judge who was asked to stop vote counts in Philadelphia instead forced the two sides to reach an agreement without an order over the number of observers allowed.

-With files from Global News’ Katie Dangerfield and The Associated Press