The candidates kicked off the US general election campaign season this week, reflecting the presidential race’s urgency. 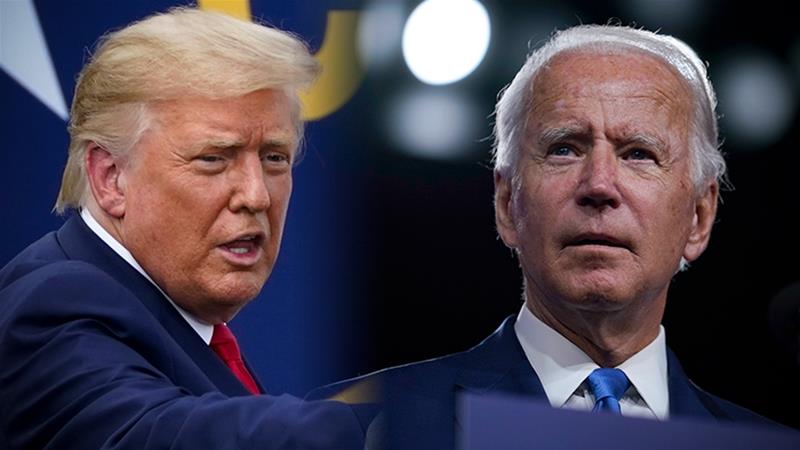 United States President Donald Trump and former Vice President Joe Biden have ramped up their campaigns this week, with the former vice president returning to the campaign trail and both candidates holding their first duelling events since their party’s conventions wrapped up.

The campaign blitz represents the urgency of the race for both candidates and comes before the Labor Day holiday on September 7, which historically marks the beginning of the most aggressive general election campaigning.

Amid a coronavirus pandemic that has, in terms of confirmed cases and deaths, hit the US harder than any country in the world, and continued racial unrest in cities across the US that has at times turned violent and deadly, both campaigns have been jockeying to control the narrative.

That began on Monday when Biden, returning to the trail for the first time after taking a removed approach to campaigning amid the pandemic, sought to rebut claims by Trump that “radical left” Democrats were allowing “agitators” and “rioters” to overrun cities and suburbs.

Instead he presented Trump as a leader whose ineptitude in handling the health crisis has posed a far more pressing security concern to Americans.

During an event in Wilmington, Delaware on Wednesday, in which Biden took questions from reporters for the first time since the Democratic convention, the candidate called safely re-opening schools during the pandemic a “national emergency” while charging Trump “still doesn’t have a real plan” for the crisis.

He also said the police officers involved in the shootings of Breonna Taylor in Louisville Kentucky and Jacob Blake in Kenosha, Wisconsin should be charged.

Biden is set to visit Kenosha, which is in the key battleground state of Wisconsin, on Thursday, just two days after Trump made a controversial trip to the city, despite pleas from local and state officials that he stay away for fear that his visit would agitate unrest.

Trump used the trip to highlight his “law and order” message that has become increasingly central to the campaign, decrying property damage and attacks on police during protests as “domestic terror”.

“American warriors did not defeat fascism and oppression overseas only to watch our freedoms be trampled by violent mobs here at home,” Trump said on Wednesday during a World War II memorial event in Wilmington, North Carolina in an address that appeared was rushed due to lightning.

With 61 days until the November 3 election, both candidates on Wednesday also announced  plans to commemorate the 19th anniversary of the September 11 attacks in Shanksville, Pennsylvania, where a hijacked plane crashed in a field, apparently as it was being diverted to Washington, DC.

It was not immediately clear whether their visits to the memorial in Shanksville will overlap, but the visits will likely be the closest that the candidates have been to one another in months.