WASHINGTON — One of President-elect Joseph R. Biden’s loftiest campaign pledges was to reimagine the federal government to enforce new climate policies everywhere he can, while reclaiming the global climate leadership role abandoned by President Trump — objectives with few precedents and many barriers.

His choice this week of Gina McCarthy to lead a new White House office on climate policy firms up his strategy for achieving them, both domestically and on the world stage.

Ms. McCarthy, who, as head of the Environmental Protection Agency in the Obama administration, served as the architect of the nation’s first climate change regulations, will take up an unusually powerful role, with authority to reach across the government to embed climate policies in virtually every federal agency. According to several people close to the Biden transition team, she will be expected to press cabinet secretaries to enact rules not requiring Congressional approval, be they stricter limits on auto emissions at the E.P.A., climate-friendly farming practices at the Agriculture Department, or requirements that corporations disclose their financial risk from climate change at the Securities and Exchange Commission, among others.

In foreign affairs, her counterpart is John Kerry, the former secretary of state who served as a key broker of the 2015 Paris Agreement, under which nearly every country in the world agreed to reduce planet-warming pollution. Mr. Biden last month named Mr. Kerry as his global climate envoy with a seat on the National Security Council, for the first time ever putting climate change at the center of every foreign policy decision that reaches the White House. Mr. Kerry has been asked to travel the world with the tricky task of prodding other nations to follow Washington’s lead on climate policy, after four years during which President Trump shredded climate initiatives and mocked climate science.

In short, Mr. Kerry must find a way to persuade foreign leaders that the United States has the credibility to once again to drive global climate action — something he can do only if Ms. McCarthy is successful in expanding federal policy to reduce America’s own emissions.

The task ahead of them will be immense. 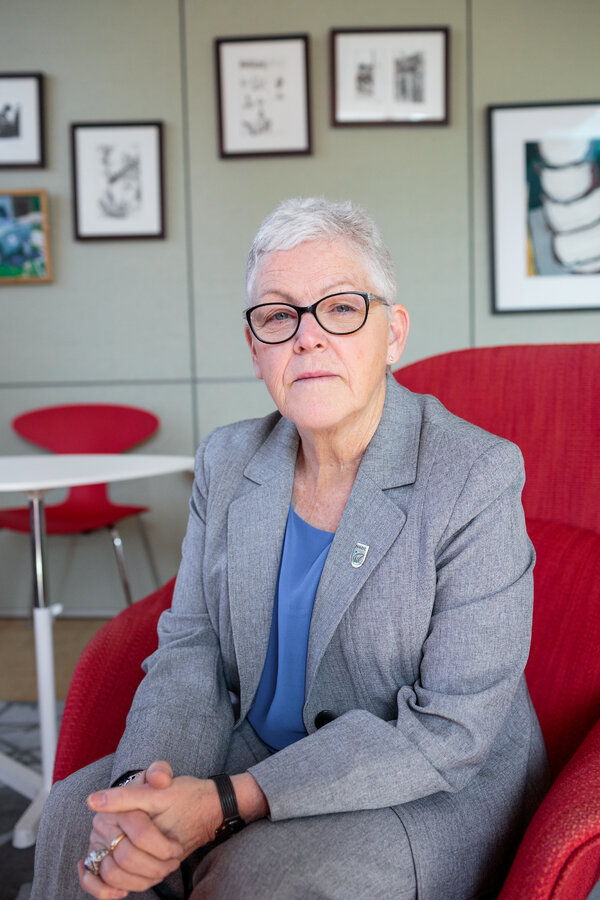 Scientists say the warming planet has already passed a threshold at which permanent damage from climate change has begun, and therefore governments must put in place rules to slash emissions as quickly as possible to avoid more severe devastation. Mr. Biden has vowed to set the United States on a path to eliminate its carbon emissions by 2050 — but experts have called that goal daunting.

Despite that urgency, major climate legislation is unlikely to make it through a deadlocked, partisan Congress. President Trump has all but ensured the Supreme Court will be unfriendly to any legal challenges that Mr. Biden’s efforts face.

And their work will continue to face fierce opposition from Republicans and fossil fuel producers.

“Increased innovation, not the appointment of countless unchecked czars, will help protect our environment without punishing our economy,” said Senator John Barasso, Republican of Wyoming, the nation’s largest coal-producing state.

Meantime, the job of special adviser to the president — which has existed in various forms over the years, from Jimmy Carter’s inflation czar to Richard Nixon’s energy czar — is historically extremely sensitive, said Michael Beschloss, the presidential historian. “They get in fights with the existing cabinet secretaries who don’t like their toes being stepped on,” he said.

As a result, the success or failure of Mr. Biden’s climate agenda could rest largely on the force of Mr. Kerry and Ms. McCarthy’s personalities and clout. Special advisers, he said, “don’t have much power, in traditional Washington terms of having a budget and a department, so their power depends on the access to the president and their ability to influence Congress and the public.”

But people who know Mr. Kerry and Ms. McCarthy said they are well suited to the task.

“Biden ran on climate. This is the first big piece of delivering on it,” said Carol Browner, who served as the nation’s first climate czar, in the Obama administration.

“When I was selected, it was the first senior climate person in the White House,” she said. “Now that will be on steroids.”

Though both Bostonians, Ms. McCarthy and Mr. Kerry have distinctively different styles. Ms. McCarthy is known for her South Boston accent, straight shooting, penchant for salty language and for telling people to “put on their big boy pants.” Mr. Kerry, more formal and mannerly, has used his diplomatic style to build relationships with dozens of world leaders over the decades and can deliver a winding dissertation on energy economics at the drop of a hat.

But the two are also friends and worked closely in the Obama administration. Ms. McCarthy shaped former President Barack Obama’s two key domestic climate achievements — including an E.P.A. regulation limiting planet-warming pollution from power plants, known as the Clean Power Plan — while Mr. Kerry promoted those policies abroad as part of his diplomatic effort to have other countries adopt similar plans. Both have spent the past four years watching as President Trump dismantled their legacies, withdrawing the United States from the Paris Agreement and systematically weakening major climate change regulations.

“When you look at the progress we have achieved in climate policy over the last decade-plus, domestically and internationally, there are perhaps no two people who have played a more central role,” said Jason Bordoff, founding director of the Center on Global Energy Policy at Columbia University who worked in the Obama White House on climate change.

Mr. Kerry is also close to Mr. Biden, with whom he worked for years on the Senate Foreign Relations Committee, a relationship that could prove crucial in giving Mr. Kerry clout to speak on behalf of the administration.

Ms. McCarthy, meanwhile, spent her four years at E.P.A. writing policies that made some enemies, although today some executives from the polluting industries that Ms. McCarthy sought to regulate speak of her with grudging respect.

“It’s hard to imagine anyone who knows better the ins and outs of D.C. and how the executive branch works,” said Jeffrey R. Holmstead, an attorney for the electric utility industry who opposed many of Ms. McCarthy’s regulations. “Most people in Washington like me that even disagree with her on things, hold her in pretty high regard.”

Yet the Biden transition team has so far released few details about how the White House Office of Climate Policy will look like, where its offices will be located or whether it will have a budget. Several people close to the transition have confirmed that Ms. McCarthy will have a deputy in Ali Zaidi, currently New York’s deputy secretary of energy and environment and a former Obama White House official who has worked closely on climate policy.

“Now the question is, will this position and its deputy have the power and resources, financial and otherwise, to get the job done? That remains to be seen,” said Varshini Prakash, executive director of the Sunrise Movement, a youth-led activist group

John Podesta, the founder of the Center for American Progress and an adviser to former Mr. Obama on climate change, said the bureaucracy and structure around both Mr. Kerry and Ms. McCarthy’s roles would be key. When he served as special adviser to President Obama, he said, “I had to beg, borrow and steal my staff.”

Some White House veterans said that this time around, the climate team may have more allies.

Historically, for example, there has been a clash between White House economic and environmental advisers. But Mr. Biden has named Brian Deese, a former Obama climate adviser, to head his National Economic Council. Mr. Deese worked with Mr. Kerry and Ms. McCarthy in part during the grueling all-night negotiation sessions of the 2015 Paris accord.

“They’ve been through this war together,” Ms. Browner said of the three.

Yet the political challenges loom large of moving climate policy amid a Republican-led Senate. “This will be a key project for Biden’s presidency,” Mr. Podesta said. “The question is can they get a significant enough amount of cooperation to do the things he wants, or is that a drag on what he can actually accomplish?”