The son of George Floyd, who was killed when a Minneapolis police officer pressed his knee against his neck for almost nine minutes, has said he can’t stop watching the video of his father’s last moments alive.

Quincy Floyd bowed his head and covered his face when he heard his father’s repeated cries of “I can’t breathe”.

Mr Floyd’s eldest son told Sky News: “It’s like I just can’t stop watching the video. I watch the video almost over and over, not every day, but every now and then I just think about it.”

The 28-year-old said he is still reliving the searing pain of having to bury his father in June, adding: “I still have dreams about the funeral. Seeing him in that coffin was like looking at myself and seeing myself in that coffin.”

Looking at a photo of Mr Floyd’s face, Quincy’s eyes welled with tears.

He added: “It was devastating because it was like he was still breathing when he was lying there in that coffin. Every time I look at him I see me and it gives me the chills.

“When I was there [at the funeral] I asked Rev Al Sharpton if it was okay to kiss him on the forehead, so I kissed him to let him know everything is going to be alright. You’re not going to go out in vain.”

It’s hard to find peace, he said, as he is unable to forget the moment he was told about his father’s death: “I got a phone call saying ‘Your dad has died’. I said ‘You’re kidding me, right?’

“The person then told me to go on YouTube and look at the video and when I did I couldn’t believe it was him.

“But when I heard his voice, calling out for my grandma that brought me to tears.” 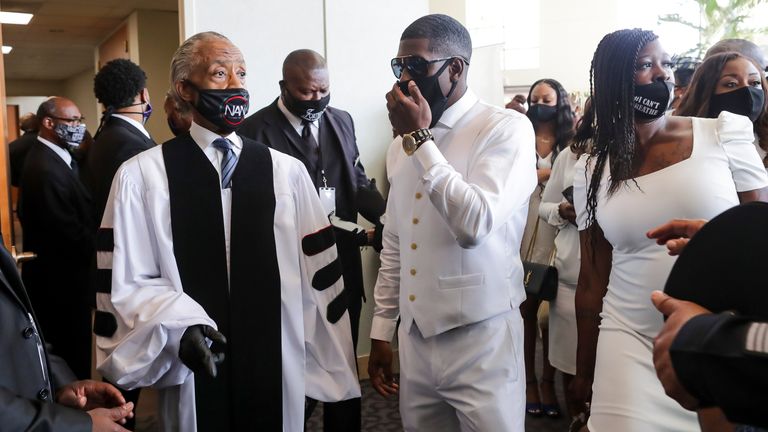 After his father’s fatal encounter was captured on video, Quincy said his life was turned upside down.

It has been a horrendous five months for the father of one.

“I have spoken to my daughter about her grandfather. I haven’t told her everything, but she knows he’s not here anymore. We will never forget him,” he said. 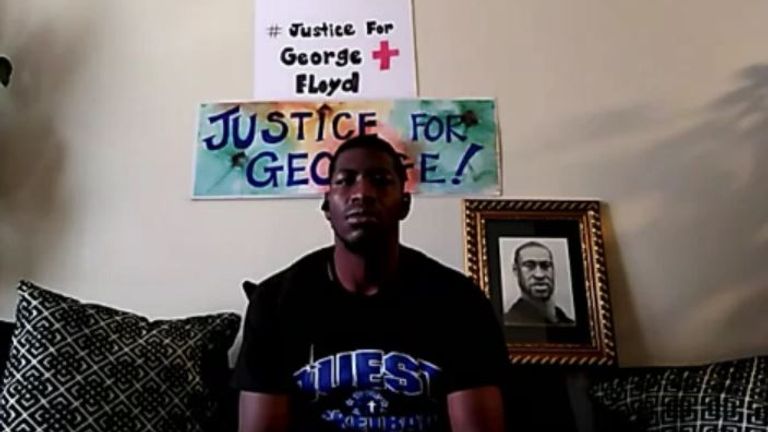 The untimely death of George Floyd – who would have been 47 years old today – has been a reckoning on race and police brutality in America.

“I love the way people have been protesting for him because I didn’t think anybody would care about him dying like that. He has a lot of love out there,” his son said.

The incident is under investigation by the FBI and state law enforcement authorities. 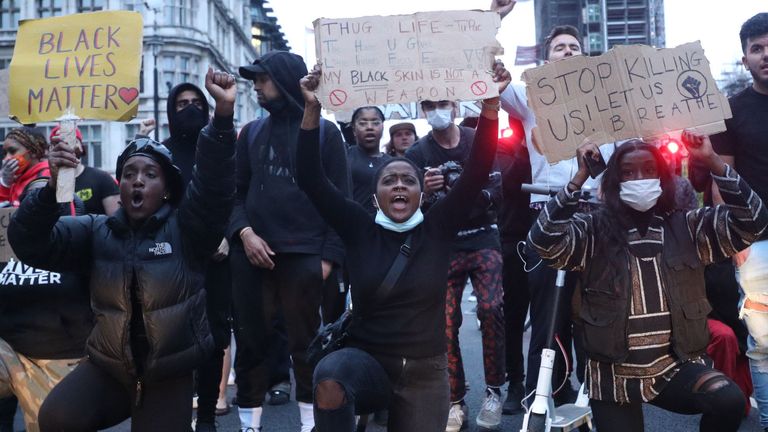 In many African-American communities, Mr Floyd’s killing has eroded trust in law enforcement.

For Quincy, the daily routine of leaving the house and seeing a police officer is a mixture of sadness and frustration: “I have a hard time trusting any cops right about now. I’m not saying all cops are bad cops, but all cops are not good cops.

“Seeing what happened to my father has made me not trust any cops.”

He is now working with TGBTG SPORTS, a Texas-based sports organisation to honour the memory of his father who was a huge basketball fan: “My father was a generous man, he was complicated, but he had a very kind heart.

“He always told me everything I want in life – I have to work hard for it. I’m doing this to honour him. We want justice,” he said. 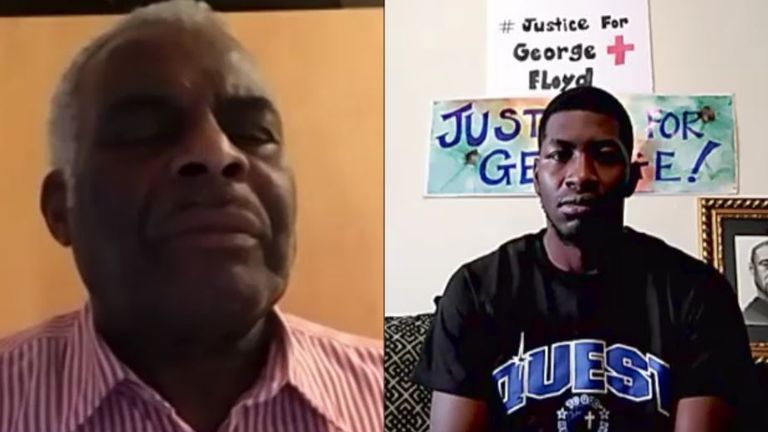 Quincy now owns his father’s Cadillac and drives it daily as a way to remember the “good times” with him.

But anger over Mr Floyd’s death goes beyond his family and friends.

Some 27 years after Stephen Lawrence was murdered in a racist attack by a group of white youths in southeast London, Sky News brought Stephen’s father, Dr Neville Lawrence, together with Quincy.

Both men reflected on their ongoing grief, with Dr Lawrence telling Quincy he wept when he saw the video of what happened: “When I saw the incident. Your dad on the floor with that man kneeling on his neck and the other officers around standing and watching – tears came to my eyes.”

Dr Lawrence said hearing Mr Floyd utter his infamous last words brought back all the “darkness” he and his family endured in the aftermath of his son’s murder.

“It’s not going to be very easy. For all the years I have been struggling it has not been easy, but you have to have an aim in view and the aim in view for my family was to try and get justice.

“It took us a long time, but eventually we got some justice. You can’t give up. You’ve got to keep fighting,” he said. “Move on to where? Do you know what it is like – the pain of losing a loved one?

“After the death of my son the authorities thought we would go out on the street and turnover cars and break windows.

“Our family decided we were going to use the law to fight for justice. I would encourage you Quincy to do the same. You will also need your family supporting you.”

George Floyd is not the first African-American to die in police custody, but his death has changed America.

“My dad used to always tell me he was going to change the world. I never did know how he was gonna do that, but now I know,” Quincy said.

Sky News will air a live discussion programme on race relations at 9pm tonight as part of coverage to mark Black History Month.