Today, Instagram and other social media channels are being taken over by black squares. This is in the latest movement to protest against racial inequality and police brutality. The simple posts – consisting of just a black square – are a way of expressing solidarity with the Black Lives Matter protests which have swept the US after the death of George Floyd.

Major labels have joined other music industry groups and artists in pledging a “blackout” to protest against the death of George Floyd.

Organisers for The Show Must Be Paused project called for business to halt on Tuesday, as the US continues to be gripped by unrest.

Mr Floyd died last week after a white Minneapolis police officer knelt on his neck for more than eight minutes.

Footage taken following his arrest shows the 46-year-old, who was arrested for allegedly using a fake £20 bill in a shop, on the ground being restrained by the police officer while he is heard saying: ” I can’t breathe”. 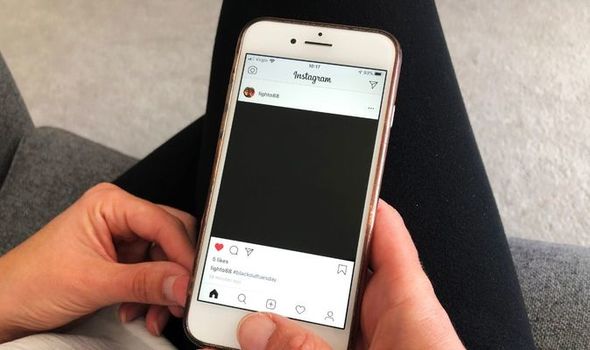 What is Blackout Tuesday?

Major labels have joined other music industry groups and artists in pledging a “blackout” to protest against the death of George Floyd.

Blackout Tuesday is intended to allow people to consider how best to fight against racism.

Organisers said they wanted Tuesday to be “a day to disconnect from work and reconnect with our community” through “an urgent step of action to provoke accountability and change”.

As you see this wave of black boxes on your timeline. Really take some time to think about the about the impact black people and our essence have had on your life. We are in EVERYTHING. ⁣ ⁣ Now ask yourself why the bodies we inhabit continue to be questioned, micro aggressed, violated, mocked and killed for JUST BEING? ⁣ ⁣ The knowledge really is out there, it’s BEEN out there. No one can feign ignorance anymore. The penny may be dropping for a lot of you today, so I say welcome. ⁣Come and stand by us. ⁣ Your anti racist action is needed and it can’t be just on Instagram for this week, it’s a life long commitment. ⁣ ⁣ It must be applied with intention to the books you’re gonna want to read, the new sources of news you will consume, the petitions you sign, the causes you will donate to, the conversations you need to have with your black and non black friends and family, your bosses, your employees etc. BE ACTIVE, LIVE ANTI-RACIST.⁣ ⁣ BlackLivesMatter AllBlackLivesMatter #TheShowMustBePaused #BlackOutTuesday 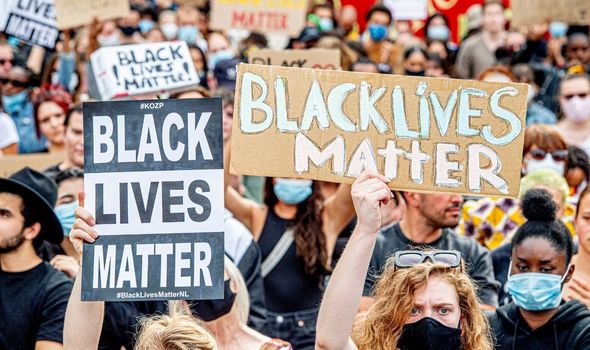 Singer-songwriter Gabriel tweeted: “Along with the civilised world I was horrified by the racist murder of George Floyd.

“This type of brutality needs to be confronted directly, with justice clearly seen to be done whenever & wherever it occurs.”

He wrote: “It’s hard to know what to say because I’ve been dealing with racism my entire life.

“That said, it’s rearing its ugly head right now & by God it’s time to deal with it once & for all.

“As gatekeepers of the culture, it’s our responsibility to not only come together to celebrate the wins, but also hold each other up during a loss.”

Columbia Records said Tuesday “was not a day off” but a chance to “figure out ways to move forward in solidarity”. 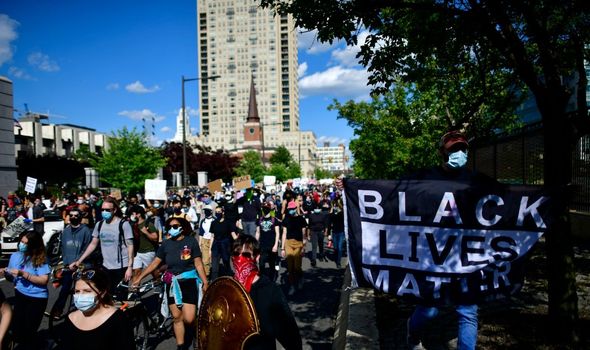 How to take part

Then, users should not post for the rest of the day.

People have also been posting messages of solidarity under those images.

However, the increased usage of the Black Lives Matter hashtag has led some to point out the protest could be hiding important information.

Some are asking posters to use the #blackouttuesday hashtag to avoid hiding any important #blacklivesmatter posts.

After posting, people are then encouraged to use the rest of their day to give their support to the ongoing protests in other ways.

This can be by signing petitions, donating to campaigns or learning about the issues in question.

Social media users are also being asked to let their feed go quiet so that posts from people of colour can more easily be seen.

Demonstrations have broken out across the US following the death of Mr Floyd and other allegations of police brutality against people of colour.