At least 1,179 deaths recorded on Tuesday as country reports third-highest number of cases, behind Russia and US. 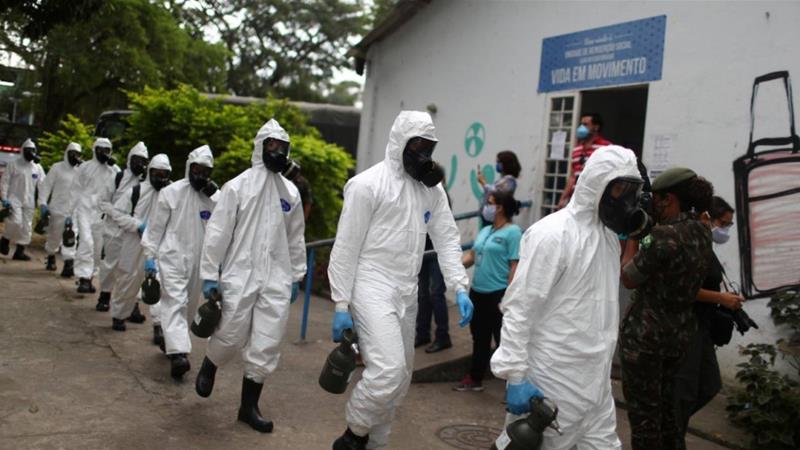 Brazil’s daily death toll from the new coronavirus jumped to a record 1,179 on Tuesday as President Jair Bolsonaro said the health ministry would issue new guidelines on the use of chloroquine to treat the illness.

The highest daily toll before Tuesday had been 881 deaths on May 12. The pandemic has killed at least 17,983 people in Brazil, according to the latest data compiled by the Johns Hopkins University.

Brazil overtook Britain on Monday to become the country with the third-highest number of confirmed cases of coronavirus, behind Russia and the United States.

President Jair Bolsonaro, an ideological ally of US President Donald Trump, has been widely criticised for his handling of the outbreak and his continued opposition to restrictions on movement he sees as too damaging to the economy.

Bolsonaro said Interim Health Minister Eduardo Pazuello would issue new guidelines on Wednesday expanding the recommended use of the anti-malarial drug chloroquine to treat the coronavirus.

Pazuello took over after Health Minister Dr Nelson Teich resigned on Friday over the guidelines, making him the second trained doctor to leave the post in a month.

Questions over use of chloroquine

In an interview posted to the website Blog do Magno, Bolsonaro said Pazuello, an active duty army general who had been Teich’s deputy, would sign the new chloroquine guidelines and keep the top job for now.

Bolsonaro added that he keeps a box of chloroquine on hand should his 93-year-old mother need it.

Trump, who announced on Monday he was taking chloroquine as a preventive measure, told reporters on Tuesday that the US was considering a ban on travel from Brazil. 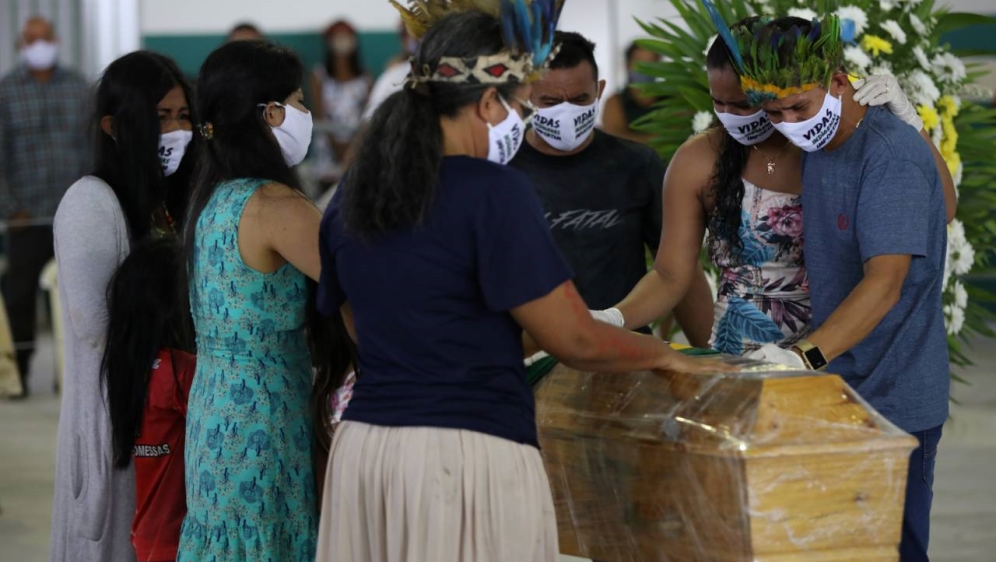 Meanwhile, as the disease, also known as COVID-19, reached remote indigenous lands in Brazil’s Amazon. But the government agency responsible for protecting native people brushed off calls for action, focusing instead on waging ideological battles, according to agents from the institution itself and others.

Bolsonaro’s repeated promotion of developing the vast Amazon has for months prompted indigenous activists, celebrities and agents on the ground to sound the alarm. In the face of a spreading pandemic they  warn inaction could be enough to wipe out many indigenous people.

The Associated Press news agency spoke to four agents working with indigenous peoples in the farthest reaches of Brazil’s Amazon and they were unanimous in their conclusion: The national Indian foundation, known as FUNAI, is hardly doing anything to coordinate a response to the crisis.

They said there was not enough protective equipment for agents who entered indigenous territories or met native people in cities. Necessities like kerosene and gasoline were in short supply.

Food deliveries only began last week – a month after indigenous people were instructed to remain in their villages – and remain vastly insufficient.

Since the pandemic’s onset, there has been fear about the vulnerability of native people who live far from urban health facilities and whose communal lifestyles render them susceptible to swift transmission.

At least 88 indigenous people have already died of COVID-19 in the Amazon, according to a tally by the Brazilian indigenous organisation APIB that includes health ministry figures and information from local leaders.

The actual number is probably higher, because hospitals often do not use patients’ indigenous names when admitting them.

Brazil’s health ministry said in a statement that the hard-hit cities, where many indigenous people live like Tabatinga and Sao Gabriel da Cachoeira, received some help on Monday including 10 more ventilators and 15,000 masks.