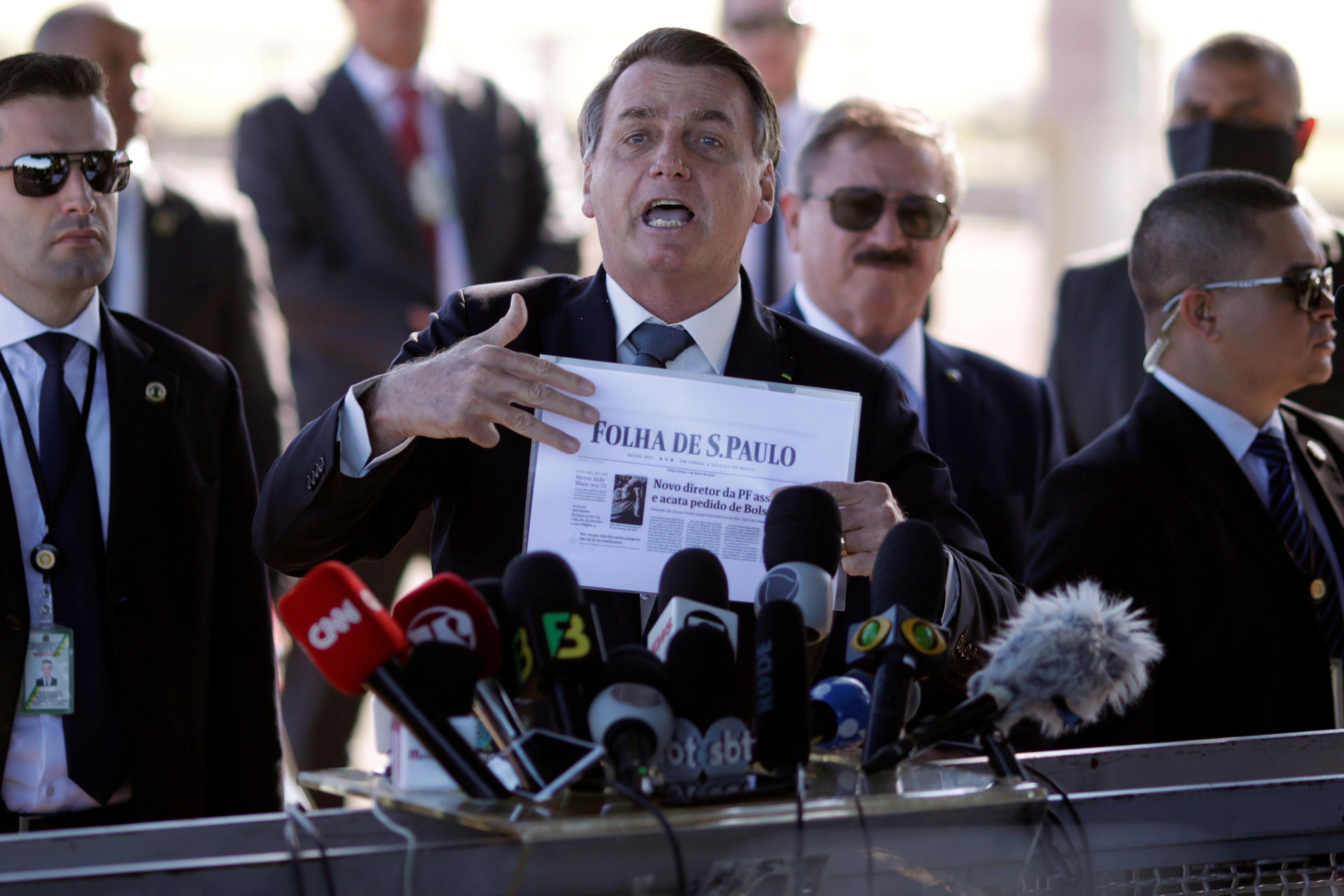 BRASILIA (Reuters) – Brazil’s four largest news media outlets said they have withdrawn their reporters from coverage of right-wing President Jair Bolsonaro’s official residence due to the lack of security to protect them from heckling and abuse by his supporters.

Bolsonaro has made a habit of stopping at the residence’s entrance to speak to cheering supporters, take selfies with them and make comments to the journalists.

But in recent days his supporters at the gates have turned on the reporters with angry verbal attacks. On Monday, about 60 supporters heckled the reporters loudly, with shouts of “liars,” “scum” and “communists.”

The attacks on journalists have intensified as Bolsonaro’s political situation has deteriorated under criticism of mishandling the coronavirus crisis that has killed more than 20,000 Brazilians and paralyzed the economy. He is also under investigation for allegedly interfering in law enforcement and his supporters see the media as part of a plot to oust him.

On May 3, angry demonstrators at a pro-Bolsonaro rally in Brasilia knocked a photographer off his ladder and kicked and punched him on the ground.

Folha said it would resume coverage only when there were guarantees given to ensure the security of the journalists.

Globo said in a statement sent to Bolsonaro’s national security adviser, Augusto Heleno, that the “aggressions” have been increasing and its reporters would no longer go to the residence because it was not safe.

Heleno’s office said in a statement that it regularly studies the situation and has taken “sufficient measures to guarantee adequate security.”