Britain and Australia need each other more than ever at this time of acute global tension, the Australian high commissioner said as the two sides launch trade talks.

The UK is also kicking off trade negotiations with New Zealand on Wednesday in a new era for British diplomacy outside the European Union.

Australian high commissioner George Brandis told Sky News a free trade agreement (FTA) with London is a “top priority” for Canberra and signalled one could be agreed “fairly soon”.

But the bond is more than a business opportunity.

It is also about helping one another stand up for shared values like democracy and the rule of law in the face of challenges from rising powers like China, the top diplomat said.

“At a time when there are tensions in the world that are growing more acute – and which have been dramatised and thrown in very stark relief by the COVID crisis – the benefit, the importance to each other of like-minded, free-trading liberal democracies like Britain and Australia has never been greater,” the high commissioner told Sky News.

Both countries are part of the Five Eyes intelligence sharing alliance along with the United States, Canada and New Zealand.

It is a forum that looks set to have increased prominence as Western allies struggle against the authoritarian tendencies of rivals like China, Russia and Iran. 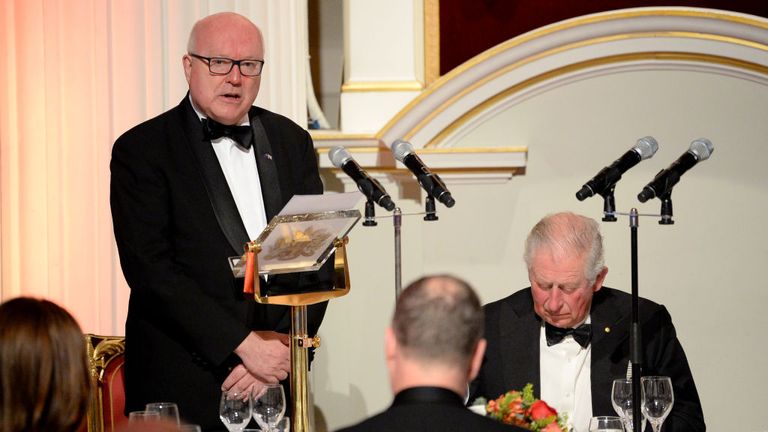 “We live in an increasingly difficult, contested world and like-minded nations – people who see the world through similar eyes with similar values like commitment to democracy, liberal societies and freedom – increasingly need to co-operate against potential adversaries”, Mr Brandis said.

“In so many different ways – whether it is strategic co-operation, diplomatic co-operation, intelligence sharing, and in trade – countries like Britain and Australia find that we are more bound together.

“Our interests and our values are more closely wound up together than has ever been the case before.”

Australian Prime Minister Scott Morrison should have travelled to the UK this week to meet Boris Johnson in person to kick off the trade talks.

But the coronavirus pandemic derailed those plans. Instead the two men are set to speak via video conference.

A key part of the UK plan for life after Brexit is founded on boosting exports to the Indo-Pacific region – set to be the centre of global economic growth this century.

“Pivoting towards the Asia-Pacific will diversify our trade, increase the resilience of our supply chains and ensure the UK is less vulnerable to political and economic shocks in certain parts of the world,” she said. There is also a recognition among British and Australian officials that nurturing ties will reduce the impact of economic pressure from countries like China during disagreements.

Canberra has come under fire from Beijing after Mr Morrison called for an independent inquiry into the origins of COVID-19, which was first identified in the Chinese city of Wuhan.

His remarks prompted Chinese calls for a boycott of Australian goods.

The UK has similarly felt pressure from China after speaking out against Chinese plans to impose a new security law on Hong Kong.

Mr Brandis said Britain and Australia stood together on those issues, while adding that his country’s relationship with Beijing shows it is possible to trade with China and to disagree.

“China is Australia’s largest trading partner. It represents 40% of our trade. We have a free trade agreement with China,” he said. 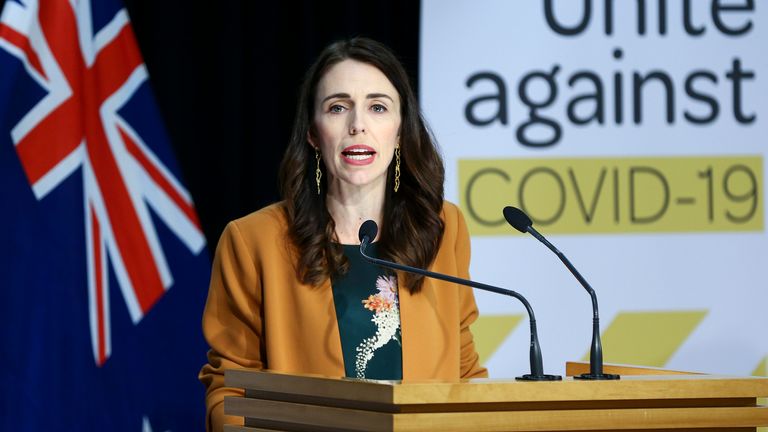 Pressed on whether it still helps to diversify trading partners and reduce reliance on Beijing, the high commissioner said he did not want to make the conversation about China.

Instead, speaking more broadly, he said: “There are obvious advantages of two countries like Australia and the United Kingdom having a close trading relationship because our systems are complementary, our system of laws is similar, our values are similar, interests are similar, we speak the same language, we have the same Queen.

“In every dimension it’s possible to imagine, we are like-minded and complementary countries.”

For example, he hoped having the UK as an independent voice around the table at the World Trade Organisation would bolster support for multilateral, free and open trade, pushing back on protectionism and barriers.

The high commissioner noted that the UK was Australia’s most important trading partner until 1973 when London joined the European Economic Community, which became the EU. It is now ranked seventh but Mr Brandis said there is scope to improve.

He was upbeat about Britain’s prospects even as sceptics warn new trade deals with the rest of the world cannot compensate for the UK leaving the EU, especially as London still needs to agree on the shape of a future relationship with Brussels before the end of the year.

“I don’t comment on what may happen between the United kingdom and the EU after 31 December,” the high commissioner said.

“I simply make this point: The voices of pessimism in discussions about global trade are always in the end thwarted by the reality because merchants, traders, entrepreneurs, companies, always gravitate to the most profitable markets.

“The most rapidly growing markets in the world at the moment, and as far as the eye can see, are in the region to the north of Australia.”