LONDON (Reuters) – Britain imposed sanctions on 25 Russians and 20 Saudis on Monday as part of post-Brexit measures foreign minister Dominic Raab said were aimed at stopping the laundering of “blood money”. 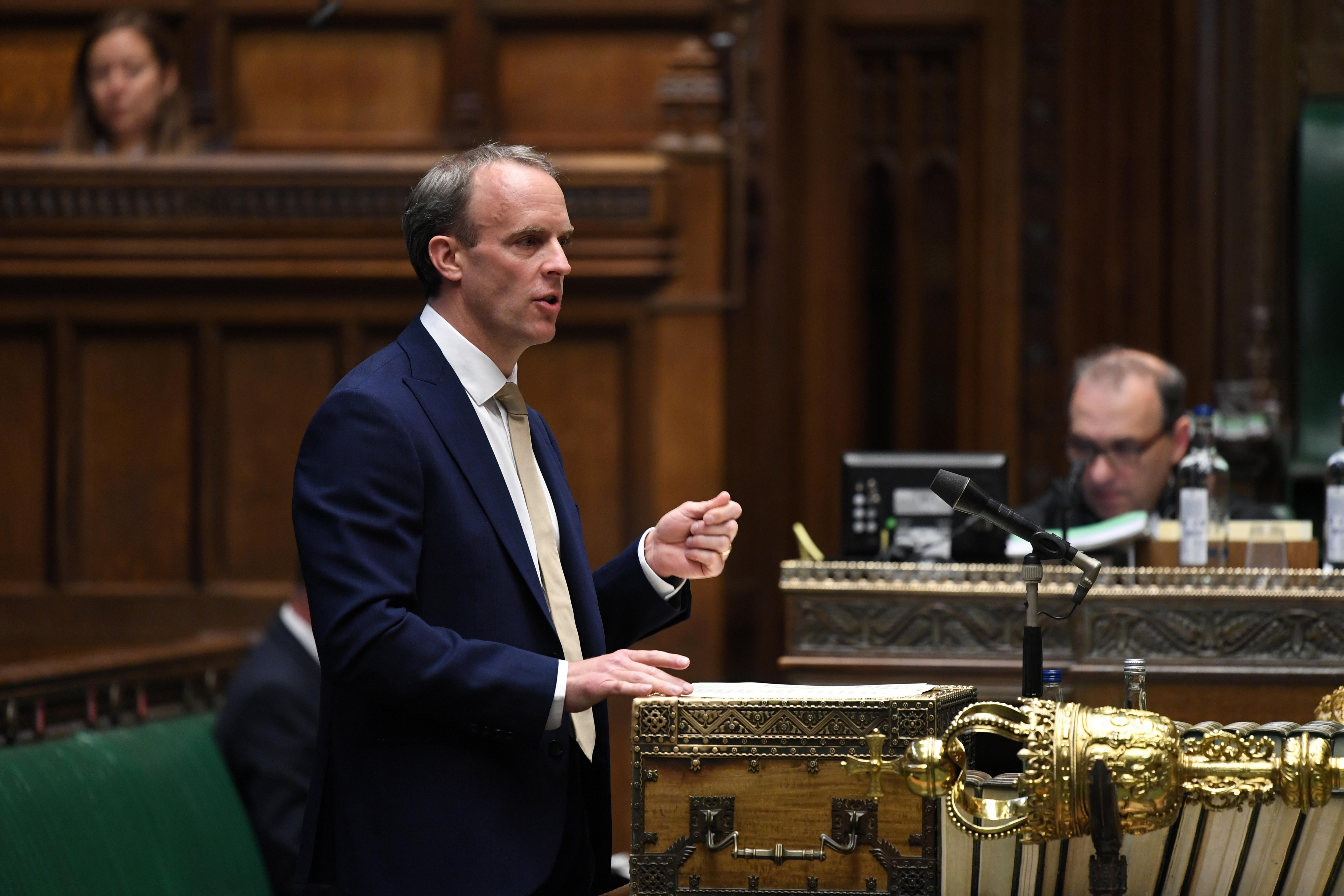 After leaving the European Union in January, Prime Minister Boris Johnson wants to forge a new independent role for Britain in foreign and trade affairs and this was the first time London could impose asset freezes and visa bans independently.

Raab has pressed for tough sanctions and set out the first names in parliament, including Russian nationals Britain says were involved in the mistreatment and death of lawyer Sergei Magnitsky and Saudis held to be involved in the death of journalist Jamal Khashoggi.

Russia said it would respond to the new measures. The Saudi government media office and Foreign Ministry did not immediately respond to a request for comment.

“If you’re a kleptocrat or an organised criminal, you will not be able to launder your blood money in this country,” Raab told parliament.

“Today this government…sends a very clear message on behalf of the British people that those with blood on their hands, the thugs and despots, the henchmen and dictators, will not be free to waltz into this country to buy up property on the King’s Road, to do their Christmas shopping in Knightsbridge, or frankly to siphon dirty money through British banks or other financial institutions.”

Investors from Russia, China and the Middle East have poured billions into London, buying everything from luxury properties to entire companies, but the source of some of the wealth has been questioned by transparency campaigners.

The biggest Russian name on the list is Alexander Bastrykin, whose Investigative Committee reports directly to President Vladimir Putin.

He has also been blacklisted by the United States and Canada over the death of Magnitsky, a Russian lawyer arrested in 2008 after alleging that Russian officials were involved in large-scale tax fraud. Magnitsky died in a Moscow prison in 2009 after complaining of mistreatment.

“It is particularly outrageous that the senior representatives of the General Prosecution and the Investigative Committee of the Russian Federation as well as judges were included in the sanctions list,” RIA news agency cited a Russian embassy spokesman in London as saying.

Raab also announced sanctions on 20 Saudis who Britain says were involved in the death of Khashoggi, following other western countries who have put sanctions on officials there.

Saud al-Qahtani, a former Saudi royal adviser, and Ahmed al-Asiri, a former deputy intelligence chief, both had charges against them dropped by a Saudi court. Eleven suspects were put on trial in December over the killing, with five sentenced to death.

Bill Browder, a client of Magnitsky who has led a campaign to expose corruption and punish Russian officials whom he blames for the lawyer’s death, welcomed the move as “a huge milestone in our campaign for justice for Sergei Magnitsky”.

“The door’s now been opened … This is the beginning of a new trend in rights advocacy,” he told Reuters.